Harry Potter star Daniel Radcliffe is set to play ‘Weird Al’ Yankovic in a biopic about the comedy singer’s life.

Yankovic is best known for his popular song parodies, including a version of Michael Jackson’s Beat It (which he re-wrote as Eat It) and Queen’s Another One Bites The Dust (which became Another One Rides The Bus).

The film, Weird: The Al Yankovic Story, will start production next month, and is being made by streaming service Roku.

Backstage – Interviews with Ricky Gervais, Michael B Jordan, and the stars of The Book Of Boba Fett 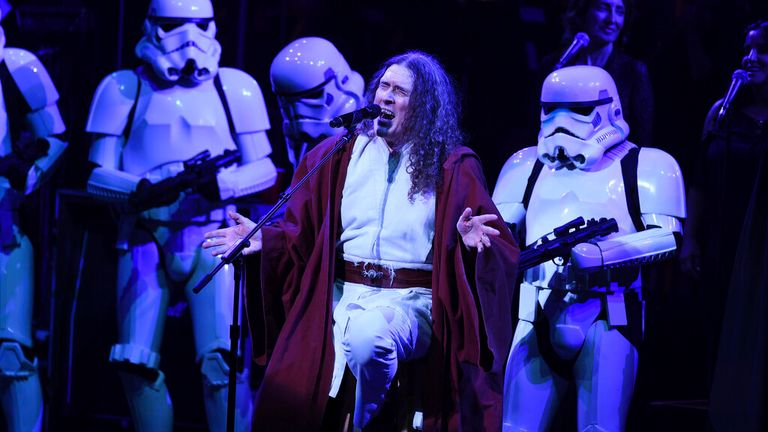 Reacting to the announcement, the 62-year-old US musician, who was born Alfred Matthew Yankovic, said he was “thrilled” that Radcliffe would be playing him in the new film.

“When my last movie UHF came out in 1989, I made a solemn vow to my fans that I would release a major motion picture every 33 years, like clockwork,” he said.

“And I am absolutely thrilled that Daniel Radcliffe will be portraying me in the film.

“I have no doubt whatsoever that this is the role future generations will remember him for.”

Weird Al’s 2014 album Mandatory Fun was the first comedy album ever to hit number one on Billboard’s Top 200.

He is the biggest-selling comedy recording artist of all time, and stars such as Donny Osmond, Seth Green and Jack Black have featured in his videos.

Although he is best known for his lead role in the Harry Potter films, Radcliffe, 32, has gone on to have a varied career, appearing in projects such as A Young Doctor’s Notebook, Guns Akimbo and Now You See Me.