The former housing secretary Robert Jenrick has taken in a Ukrainian refugee family under a government scheme, but claims that the process has been “overly bureaucratic”.

The Tory MP for Newark took in 40-year-old Maria and her two children Christina, 11, and Boden, 15, earlier this week and is understood to be the first MP to take in refugees under the Homes for Ukraine scheme. 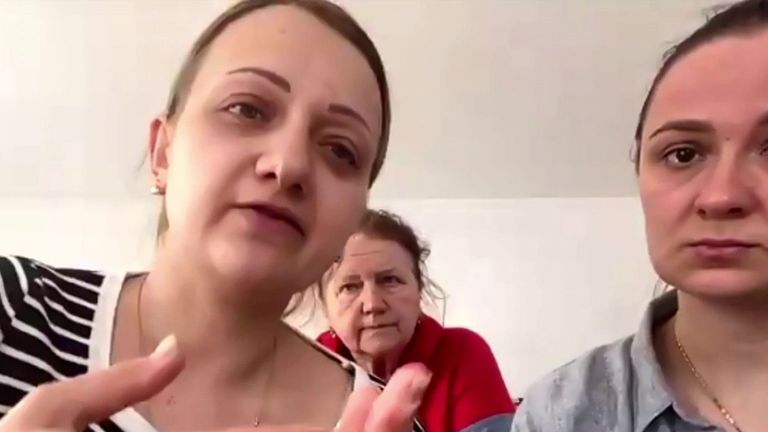 The former Cabinet minister, who lives with his wife and three children, criticised the scheme and said it could have been made simpler.

“I do think the process has been overly bureaucratic and I think the Home Office often falls into this trap,” he said in The Daily Telegraph’s Chopper’s Politics podcast.

“There were simple things that we could and should have done from the outset, like having the form in Ukrainian, for example.”

Speaking about the visa process, he added: “Truth be told it has been a bumpy start to the scheme. It’s taken too long to get visas, for us it took about three weeks to get all three visas approved.”

Mr Jenrick added that the family’s father was remaining in Ukraine to support the war effort and that the process took around three weeks to obtain the three visas needed.

The Homes for Ukraine scheme, which opened on 18 March, allows British people to host Ukrainian refugees, even if they have no previous ties to the UK.

Anyone with a room or home available for at least six months can offer it to a Ukrainian individual or a family, with hosts being vetted and Ukrainian refugees undergoing security checks.

Government figures show as of Wednesday, 25,100 visas have been issued under the scheme, from 55,600 applications.

However, only 12.7% of visa-holders have arrived in the UK.

The scheme has been criticised for a slow rollout, which also led to an apology from Home Secretary Priti Patel.

The UN refugee agency has also raised concerns over risks to women in the scheme, adding that it was aware of “increasing” reports of female refugees feeling at risk from male sponsors.

More than 200,000 people in Britain have applied to host refugees under the scheme.