New allegations have emerged regarding lockdown parties in Downing Street – with Labour claiming Boris Johnson has “deliberately misled the British people at every turn”.

The prime minister has already been fined once for breaking COVID rules on his birthday in 2020, but that is said to be regarded as the least problematic of a series of incidents.

Mr Johnson is understood to have been present at six of at least 12 gatherings being investigated by the Metropolitan Police, including the “bring your own booze” one in the Downing Street garden on 20 May 2020.

The latest claims concern what happened on 13 November 2020, when leaving drinks for Number 10 director of communications Lee Cain were allegedly “instigated” by the prime minister.

A gathering in the Downing Street press office did not start as leaving drinks, a source told The Sunday Times.

Rather, it was the “usual Friday evening wash-up drinks”, they added.

But Mr Johnson “came fumbling over, red box in tow”, and “gathered the staff around the press office table, which did have bottles of alcohol on it”, they continued.

“He said he wanted to say a few words for Lee and started pouring drinks for people and drinking himself. He toasted him.”

A photographer is said to have been present throughout and is believed to have captured pictures of the prime minister, The Sunday Times said.

The newspaper added: “A Downing Street source did not dispute the description of the event but denied that Johnson had organised it.” 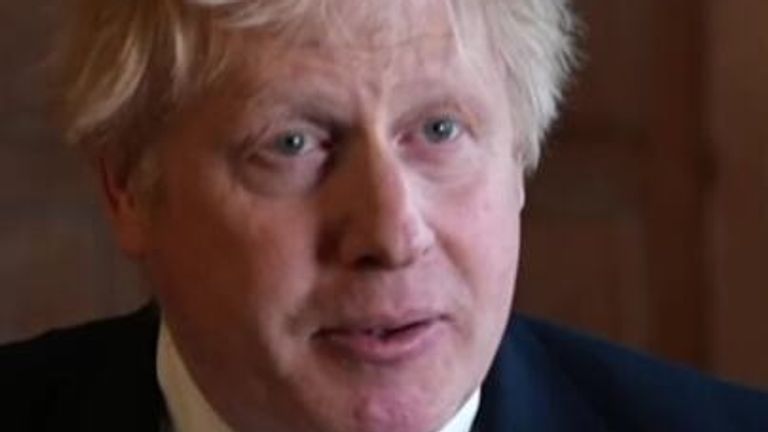 Mr Johnson then apparently returned to his flat above 11 Downing Street, where a second gathering involving his wife and her friends – with Abba music blaring out – is claimed to have taken place that same evening.

Labour’s deputy leader Angela Rayner said that “if the latest reports are true”, it means “not only did the prime minister attend parties, but he had a hand in instigating at least one of them”.

Mr Johnson has previously said that “all guidance was followed”, but Ms Rayner said he had “deliberately misled the British people at every turn”.

She added: “While the British public was making huge sacrifices, Boris Johnson was breaking the law.

“The prime minister has demeaned his office. The British people deserve better. While Labour has a plan for tackling the cost-of-living crisis, Tory MPs are too busy defending the indefensible actions of Boris Johnson.”

The Archbishop of York, Stephen Cottrell, said during his Easter sermon that Britain should ponder whether it wants to be known for the “robustness of our democracy, where those in public life live to the highest standards, and where we can trust those who lead us to behave with integrity and honour”.

Downing Street declined to comment and has repeatedly said it will not be doing so until the police investigation has concluded.