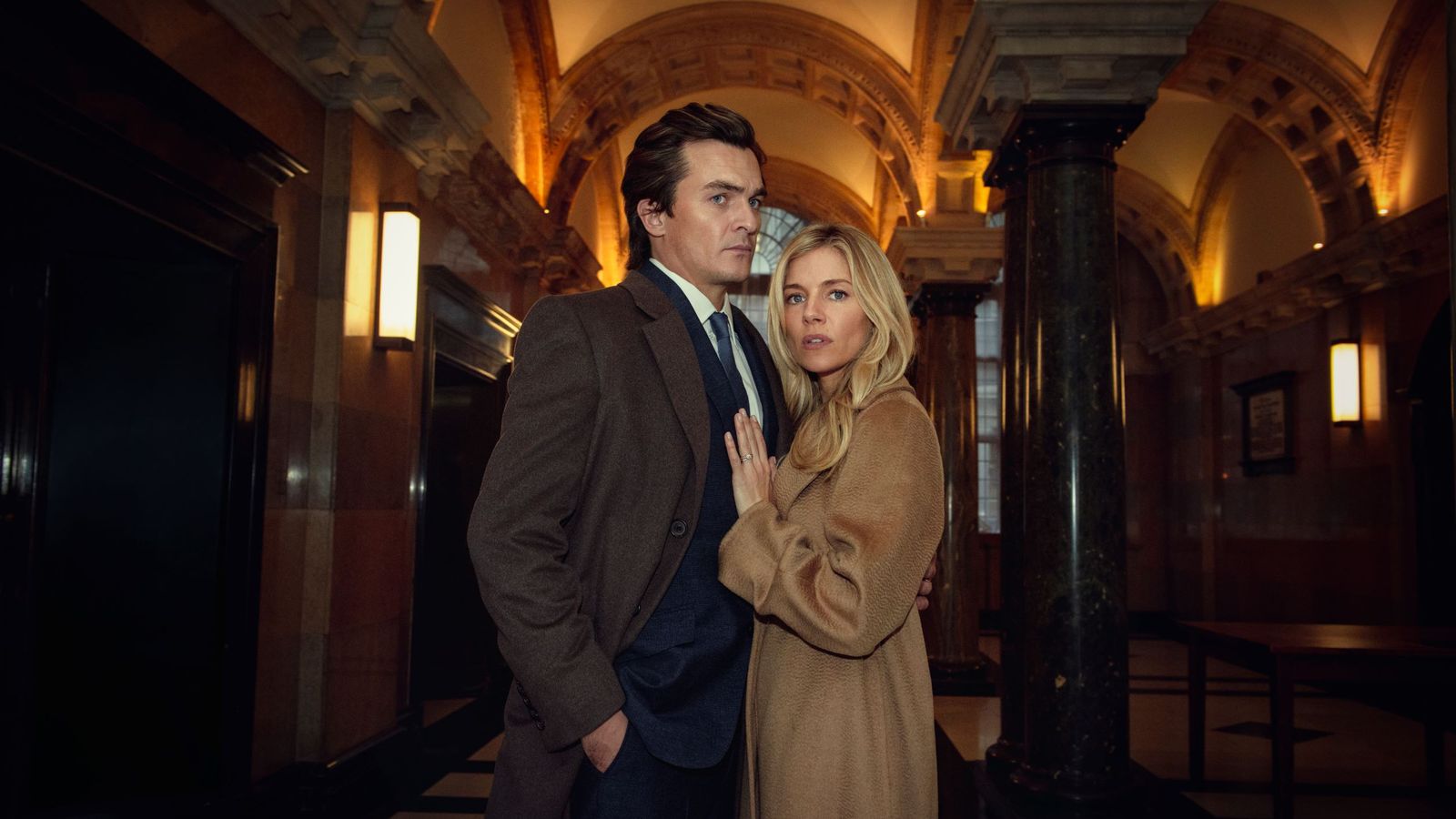 Political scandal, an MP having an affair and intense media scrutiny – not a round-up up of recent events in Westminster, but some of the themes explored in Sienna Miller’s latest drama.

In Anatomy Of A Scandal, the star plays the seemingly happily married wife of an MP whose life starts spiralling when her husband is accused first of having an affair, then of sexual assault.

Her character Sophie finds herself subjected to the gaze of the media; a role Miller admitted was a “strange” one to take on, having faced that spotlight herself. 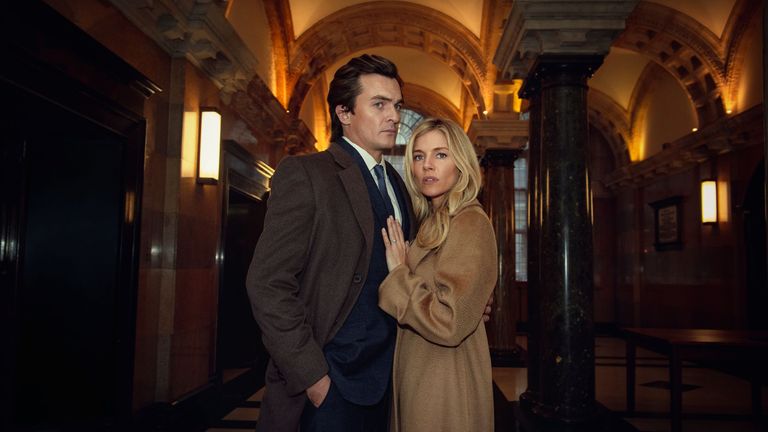 “It is strange, it’s also quite familiar terrain – in a way, I felt like I’m a sort of expert in that kind of situation,” she told Sky News.

“Sophie is such a different person to myself, it was an interesting perspective shift to be somebody very different in those moments, but yeah, I did grow up in a time when the media really had so much power.

“That feeling of going to sleep knowing something’s coming out in the morning was horrible and something I would not like to experience again, but for some weird reason was interested in exploring on film.”

Anatomy Of A Scandal looks at the impact of having your personal life suddenly brought into the national conversation.

Rupert Friend, who plays the MP at the heart of the accusations, said it is something that comes with the territory of being in the public eye.

“People who are public figures – there’s always going to be that slight sort of church and state divide between what they’re presenting to us and what they’re doing in their private lives and on the whole I think that people’s private lives should be private,” he said. 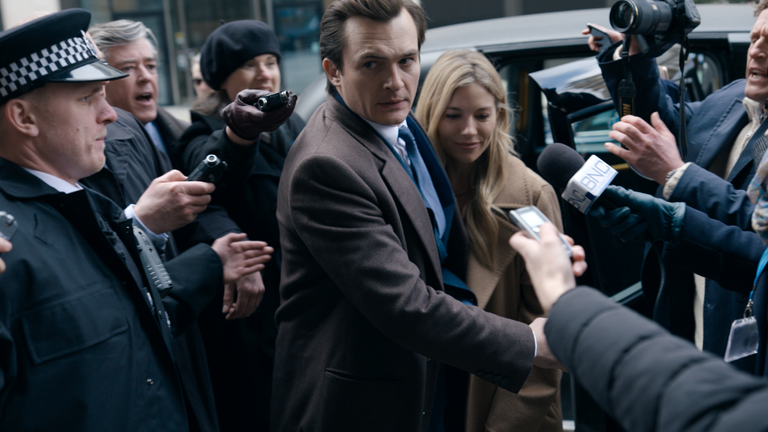 Image: Friend plays an MP accused of an affair – and then sexual assault. Pic: Netflix

“You know, that’s nobody’s business unless it is a corruption of their morals and they’re setting themselves up as an exemplar of leadership or ethical guidance, in some way like politicians typically are, then I think it becomes public domain.

“So it’s curious because if you’re a sculptor it’s no one’s business what you’re doing, but if you’re making laws that change all of our lives and change what we’re allowed to do, then I do think there has to be some accountability.”

Miller agreed. “Each situation is really unique isn’t it,” she says. “I think that it’s unpleasant to have your private life made public, but in some instances, like Rupert says, it’s when you’re kind of presenting your front-facing version and you are educating people on how to behave and behaving differently, then it gets tricky.”

The drama was co-developed by David E Kelley, whose previous work includes the hit series Big Little Lies and The Undoing.

Just like those programmes, Anatomy Of A Scandal centres on the lives of the wealthy and privileged and features long, intense courtroom scenes.

‘People will draw parallels with it’

Downton Abbey star Michelle Dockery plays the QC who is prosecuting the MP. With issues of consent and harassment central to the case – and the programme – the actress said she took time to research the part. Image: Michelle Dockery plays the lawyer looking to secure a conviction against the politician. Pic: Netflix

“I worked really closely with a top barrister who almost sort of became a coach to me. It was really important that for this role, that it was as authentic as it could possibly be and that that was sort of my segue into playing this character,” Dockery said.

“We also worked closely with Women’s Aid, which was really important to be able to ask questions about how these characters – how it would be as an experience to somebody.

“And the show, it was wonderful for that actually, it gave us that attention to detail – we had so much access to people where we could actually talk about it and of course, for obvious reasons with a subject like this, it’s important that you get all of the right information so that you can play the role as well as possible.”

Similarities between the show, which is based on a book by Sarah Vaughan, and some of the real scandals in the news recently are not lost on Dockery.

“I think naturally, people will draw parallels with it,” she said. “I sort of felt that reading it from the off, but then a year on, so much has happened that we’re all aware of that could be seen as a sort of parallel with the show.

“It creates a conversation and that’s what so much storytelling is about, isn’t it? It actually highlights a topic of conversation which is happening at the moment, and it certainly is in this case.”

Anatomy Of A Scandal is out now on Netflix

Ukraine war: British men captured by Moscow’s forces appear on state TV and ask to be exchanged for pro-Russian oligarch