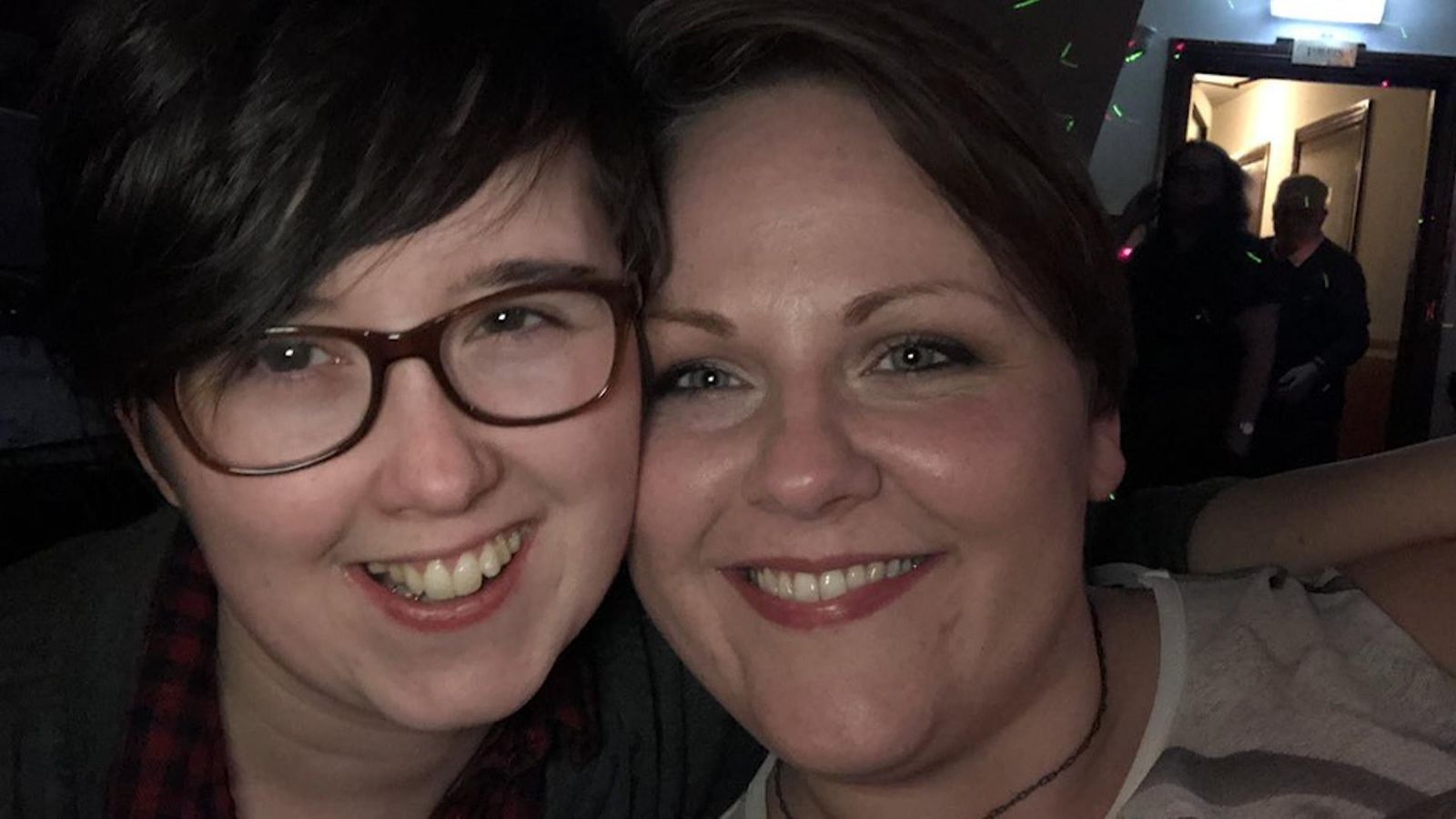 Several men have been arrested and petrol bombs have been seized petrol during an Easter parade in Ireland, on the third anniversary of Lyra Mckee’s killing.

Police Service of Northern Ireland said there were reports of disturbances at the City Cemetery, where a wreath-laying ceremony was due to take place today.

Police confirmed officers had come under attack and they arrested five men, aged 29, 38, 40, 50 and 54 years, under the Terrorism Act and a sixth man, 40, was arrested on suspicion of disorderly behaviour.

Image: Lyra McKee was shot and killed in Londonderry in 2019.

Derry & Strabane District Commander, Chief Superintendent Ryan Henderson said: “Earlier today, police were in attendance at a notified parade in the city. On the basis of initial observations, participants in the parade were assessed as having potentially committed criminal offences.

“Police monitored the event closely and, at what was considered to be an appropriate point, took action to secure evidence and make arrests.

“Whilst doing so, police officers came under attack from petrol bombs and masonry.

“Our officers showed tremendous courage and professionalism in what was still clearly a dangerous situation. Fortunately, none of our officers, or members of the public were injured as a result of this reckless and criminal behaviour. Our enquiries will continue over the coming days and weeks to bring offenders to justice.”

Speaking to Sky News, Ms McKee’s partner Sara Canning said the parade made the anniversary “much more difficult”, and said it showed “a lack of respect” for Ms McKee’s loved ones.

She said: “If they’d moved the date, I would never have said anything. Image: Fr Jospeh Gormley says prayers with family and friends of Lyra McKee after laying wreaths at the spot where she was killed

“But the fact that they’ve insisted on going ahead with this march, when they could’ve said out of respect for the McKee family, ‘we’ll move this to Easter Saturday, or Tuesday’, instead they’re going ahead with it, and acted if this is just A-OK.

“It’s massive slap in the face, and hugely disrespectful.”

‘They will have done the police’s job’

Ms Mckee, who was a 29-year-old journalist, was shot dead on 18 April 2019 while observing rioting in Londonderry.

The New IRA later admitted responsibility for her death.

The group’s political wing, known as Saoradh, staged a march around the city today before a wreath-laying ceremony in the City Cemetery. Organisers have resisted calls to change the date of the march.

No one has yet been convicted of Ms McKee’s murder. 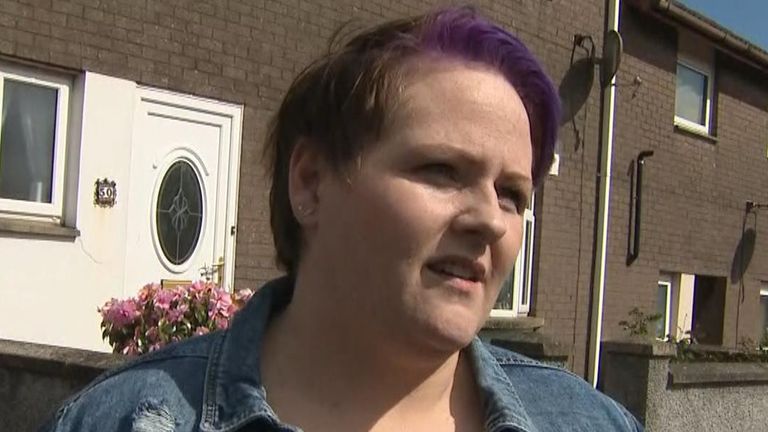 Image: Sara Canning has said the republican march is a ‘massive slap in the face’

Today, her family and partner Sara Canning gathered for a vigil at the spot on Fanad Drive where she was shot.

Ms McKee’s sister Nichola McKee Corner said that any show of paramilitary strength at today’s parade would “show them for what they really are and that is really it. The whole world will see them for what they truly are, and they will have done the police’s job for them”.

‘The person who has done this needs to be behind bars’

The Police Service of Northern Ireland (PSNI) says their investigation remains “very active” and have issued a fresh appeal for information ahead of the anniversary.

Three people have been charged with Ms McKee’s murder, and six others with related public-order offences. Thirty arrests have been made by police.

The family today echoed that appeal for information.

Ms Canning said that “we are still waiting for justice for Lyra. We’ve seen many arrests, many people charged, there are people charged with her murder, but none are of them are the person that pulled the trigger that night.

“I stood here that night beside her and I want that person to be behind bars. I want them to feel justice, and for us to get the peace of justice. It won’t bring Lyra back, it won’t do anything to help us in concrete terms, but just to know that they’re getting what they deserve.”

Ms McKee Corner said the killers had “taken away a precious human life. Our precious sister, Sara’s precious partner, and our mummy’s little baby. The person who has done this needs to be behind bars”.