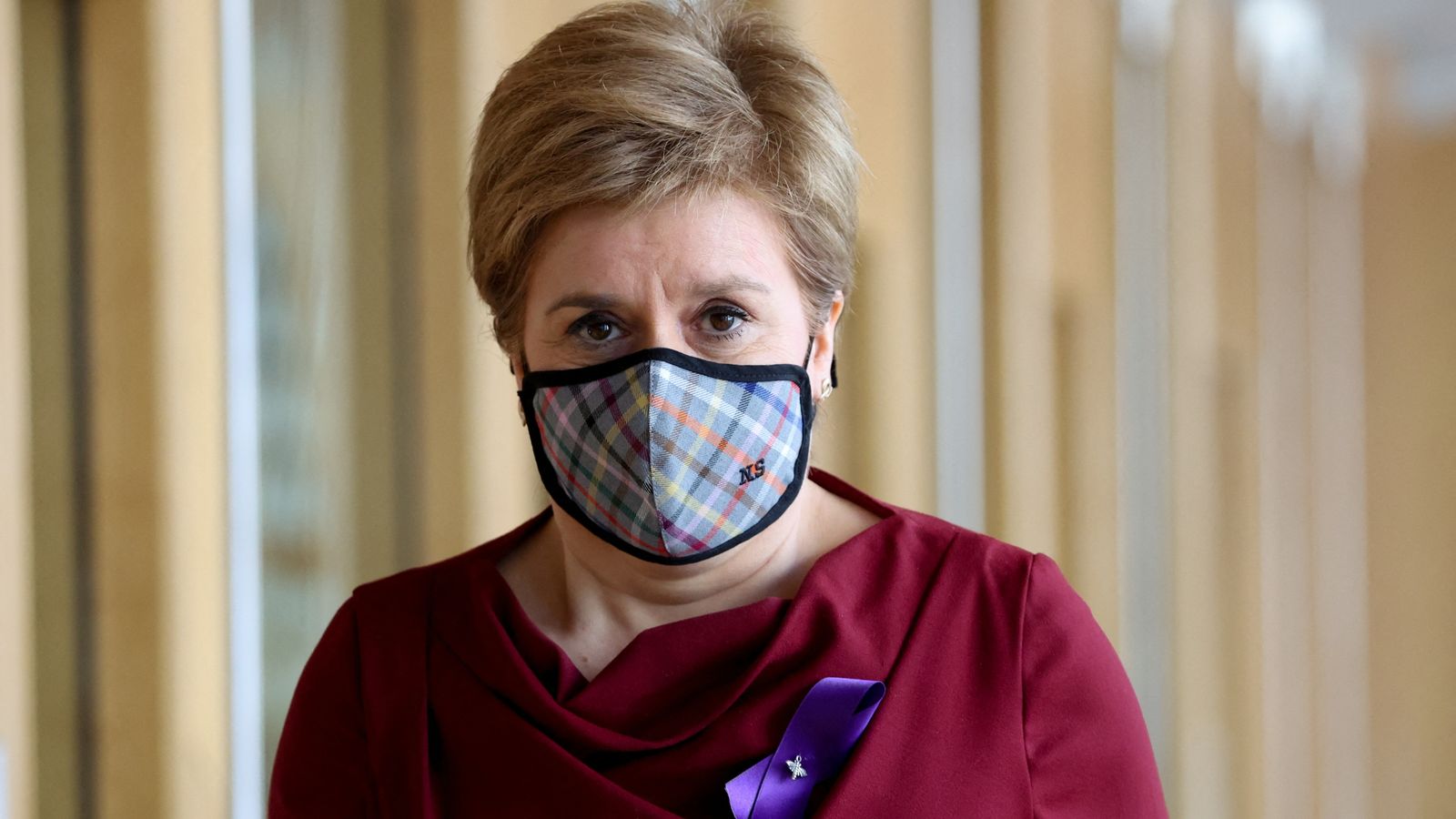 Nicola Sturgeon has been spoken to by police to “remind her of the importance of wearing a face covering when there is a legal requirement to do so”, Police Scotland has said.

The Scottish first minister has apologised for what she said was “a few seconds” without a face covering and said officers were “absolutely right” to contact her.

The news comes after footage showed Ms Sturgeon apparently not wearing a mask as she greeted customers on a visit to a barber’s in East Kilbride, South Lanarkshire, on Saturday.

Until Monday, a legal requirement to wear face coverings in most indoor public places was in place in Scotland.

However, Police Scotland has confirmed no further action against Ms Sturgeon is necessary. 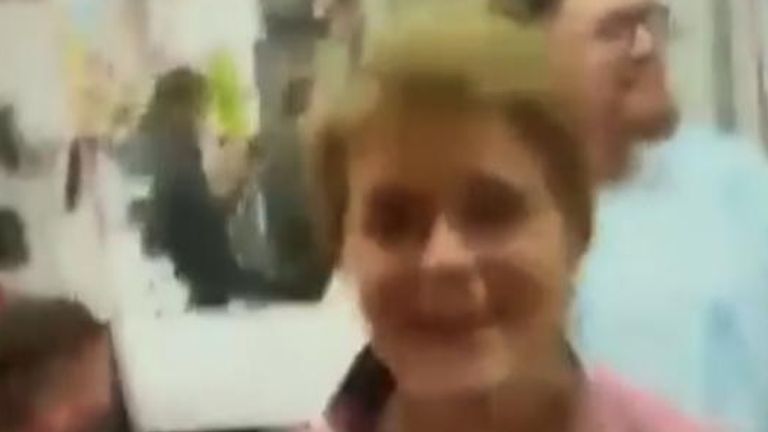 In a statement, Ms Sturgeon said: “On Saturday, while campaigning outdoors in East Kilbride I was invited into a local barber shop.

“After a few seconds of being in the shop, I realised I had forgotten to put my face covering back on. I then immediately put it on.

“However, I accept that not wearing a face covering even for a few seconds was an error on my part and I am sorry for that.

“Having received complaints about the matter, Police Scotland made contact with me. This is what they would have done with anyone else in these circumstances, and they were absolutely right to treat me no differently to any other citizen.

“I explained that the error was inadvertent and the police have confirmed that the matter is closed.” 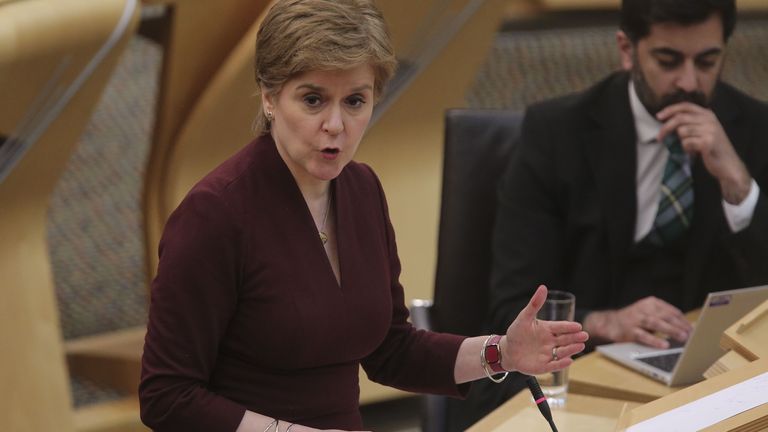 Image: First Minister Nicola Sturgeon has been out on the campaign trail in recent weeks

In the video, Ms Sturgeon appears to be seen without a face covering as she mingles with customers and pats the head of a man in a barber’s chair while mimicking the sound of an electric razor.

In a separate video posted to her official Twitter account, Ms Sturgeon wears a tartan face mask for her visit to Iconic Gents Hair, in which she can be seen shaving a man’s beard.

In a statement, Police Scotland confirmed it will take no further action against the first minister.

It read: “Local officers have spoken to the first minister to remind her of the importance of wearing a face covering when there is a legal requirement to do so.

“Given the circumstances of this incident, Police Scotland is satisfied that no further action is necessary.

“This is in line with our proportionate approach throughout the pandemic.”