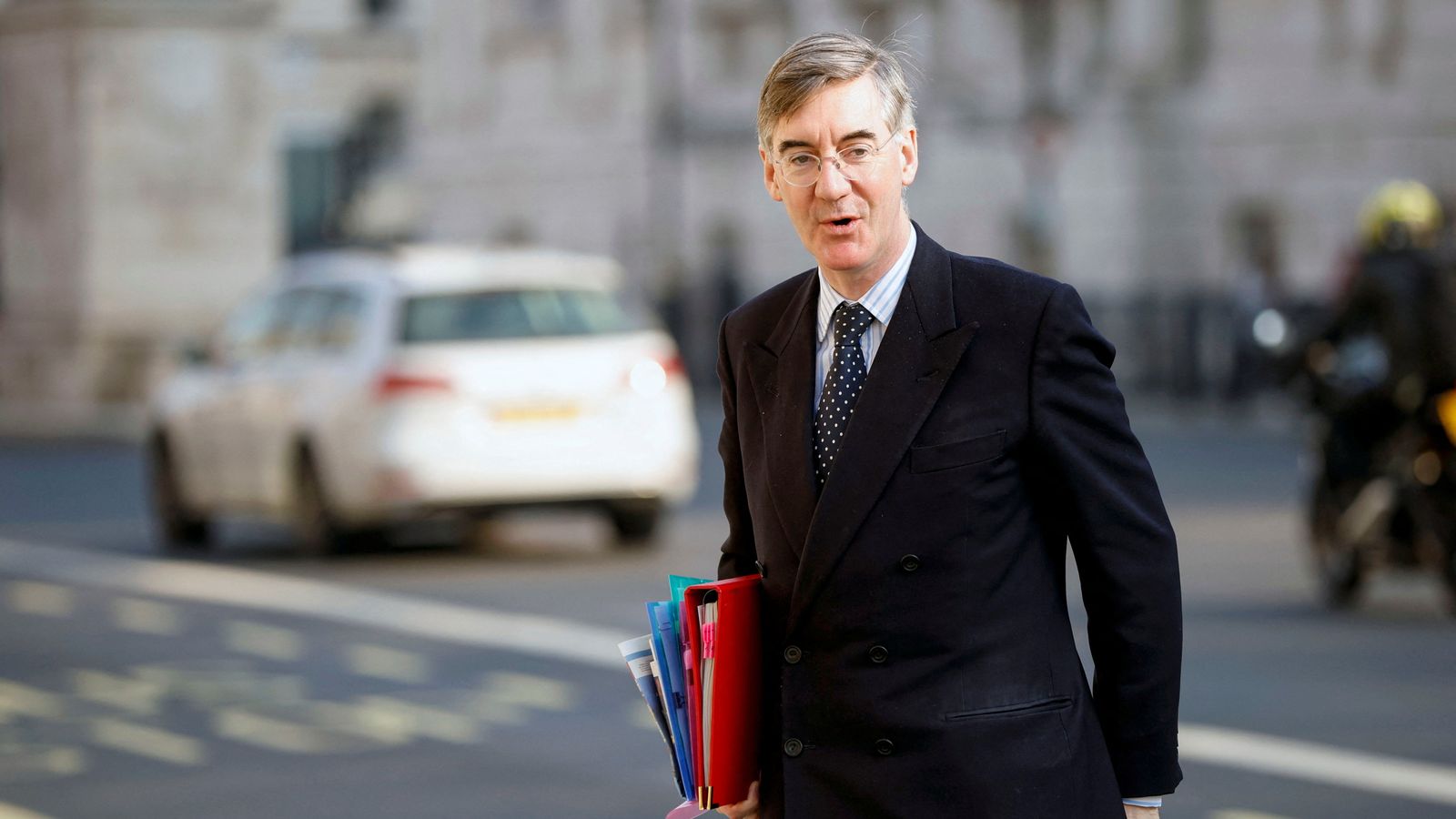 Ministers have been told by Jacob Rees-Mogg to send a “clear message” to civil servants to return to their Whitehall desks.

The government efficiency minister has written to all secretaries of state arguing that ending working from home, now that COVID restrictions have ended, would bring the benefits of “face-to-face, collaborative working”.

He also sent ministers a league table showing which departments have been sending staff into the office most – with the Department of Trade and Industry (DTI) at the top and the Department for Education at the bottom. Image: A source told the Telegraph that some civil servants were not “pulling their weight”

But Dave Penman, general secretary of the FDA union representing civil servants, said ministers were being “vindictive” and out of step with a private sector that was embracing flexible working.

In the letter, first reported by the Daily Telegraph, Mr Rees-Mogg said: “Now that we are learning to live with COVID and have lifted all legal restrictions in England, we must continue to accelerate the return of civil servants to office buildings to realise the benefits of face-to-face, collaborative working and the wider benefits for the economy.

“To deliver this, the Chancellor of the Duchy Lancaster, Steve Barclay, and I, urge you to issue a clear message to civil servants in your department to ensure a rapid return to the office.”

Mr Rees-Mogg’s league table showed how many employees from each government department were going into the office on an average day during the week beginning 4 April.

The DTI had 73% in the office followed by the Department of Health at 72% and Mr Rees-Mogg’s department, the Cabinet Office, at 69%.

A Whitehall source told the Telegraph: “It feels that in some cases it is a minority of really hard-working officials who are in the office all the time, and a silent majority of people aren’t pulling their weight.”

But Mr Penman of the FDA said: “There is no rationale for this.

“The private sector has embraced hybrid working, recognising the efficiencies it delivers and competitive edge it gives to employers in a tight labour market.

“Meanwhile, the Luddites in Cabinet insist on micro-managing the civil service, which will only deter good people from joining while simultaneously demotivating those already there.”