Downing Street parties: Boris Johnson prepares to deliver his ‘version of events’ to MPs after fine 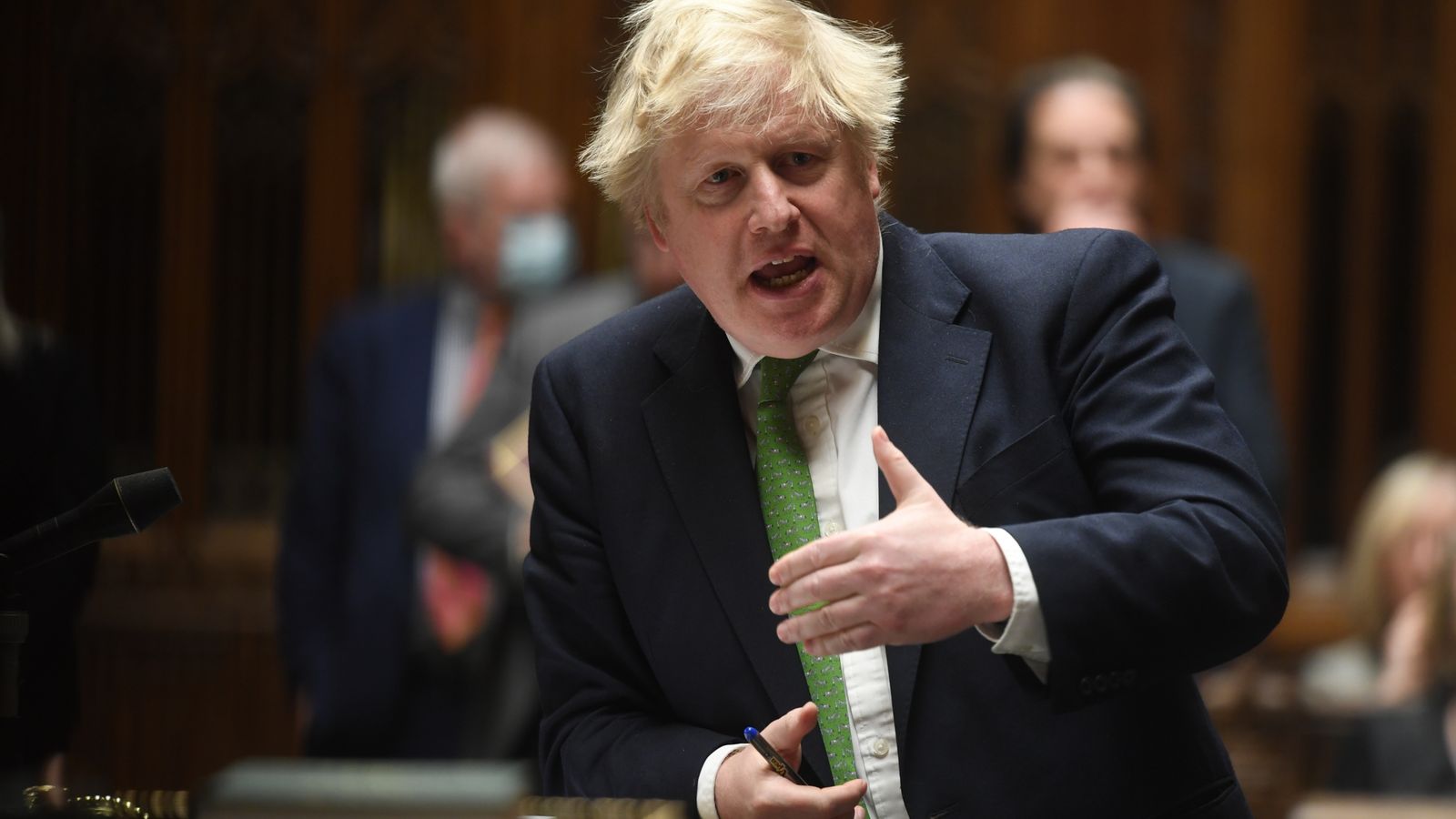 Boris Johnson is preparing to set out his “version of events” on partygate as he faces MPs this week for the first time since being fined as a result of a police investigation.

Mr Johnson is expected to update the House of Commons on the affair as parliament resumes following the Easter break – after new claims about the PM’s involvement in alleged lockdown breaking emerged.

He has already been fined for attending a gathering to celebrate his birthday in June 2020 and over the weekend it was claimed that he instigated a leaving drinks event the following November.

Some Tory MPs have already publicly joined with calls from opposition politicians for Mr Johnson to quit – and Sky News is aware of at least one other who is ready potentially to put in a letter of no-confidence to add to those already sent.

Image: Police have been investigating events in 2020 and 2021

Mr Johnson has said he that he “would set the record straight” over the matter this week.

A key question will be whether he misled parliament as reports of the parties first emerged, when he told the Commons that no rules were broken.

As well as addressing MPs in the Commons, Mr Johnson will also reportedly speak to a meeting of the entire Conservative parliamentary party on Tuesday evening.

On Monday, energy minister Greg Hands told Sky News: “The prime minister will have his say in parliament and will outline his version of events and face questions from MPs.”

Meanwhile, Grant Shapps dismissed the view that Mr Johnson needs to accept that he misled Parliament over partygate.

“No, that’s not the case. I think that when the PM spoke at Parliament he didn’t knowingly appreciate that stepping into the room there was going to be something which breached the rules given that he’d been in the room with exactly the same people for official meetings earlier in the day,” the transport secretary told broadcasters.

“It was wrong. He’s apologised, he’s accepted the fixed penalty notice and we move on.” 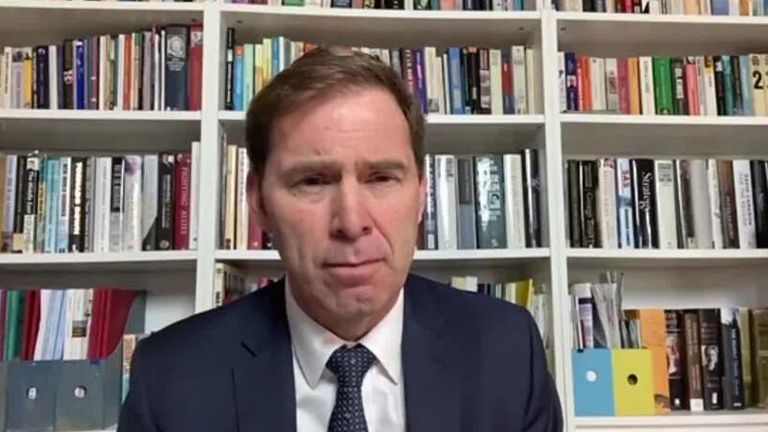 Ministers largely backed the prime minister following last week’s police action – with the exception of justice minister Lord Wolfson, who resigned arguing that what had happened was “inconsistent with the rule of law”.

However support from some backbench MPs has been more equivocal, with some only willing to say that now would not be the right time for the PM to go.

“In parliament, we need to be able to look those MPs in the eye who are defending this prime minister and say every time you defend his lies, you debase the sacrifices that the British people went through.”

Stephen Cottrell, the Archbishop of York, appeared to make reference to the scandal in his Easter sermon over the weekend.

He said: “Do we want to be known for the robustness of our democracy, where those in public life live to the highest standards, and where we can trust those who lead us to behave with integrity and honour?”

Police have been looking into 12 events in Downing Street and Whitehall in 2020 and 2021 and have so far announced more than 50 fines, with the investigation still ongoing.

Mr Johnson is understood to have been present at six of those gatherings.

The latest claims, aired in the Sunday Times, concern what happened on 13 November 2020 at a leaving drinks event for Number 10 director of communications Lee Cain allegedly instigated by the prime minister – with a photographer taking pictures.

Mr Johnson then reportedly returned to his flat above 11 Downing Street, where a second gathering involving his wife and her friends – with Abba music blaring out – is claimed to have taken place.