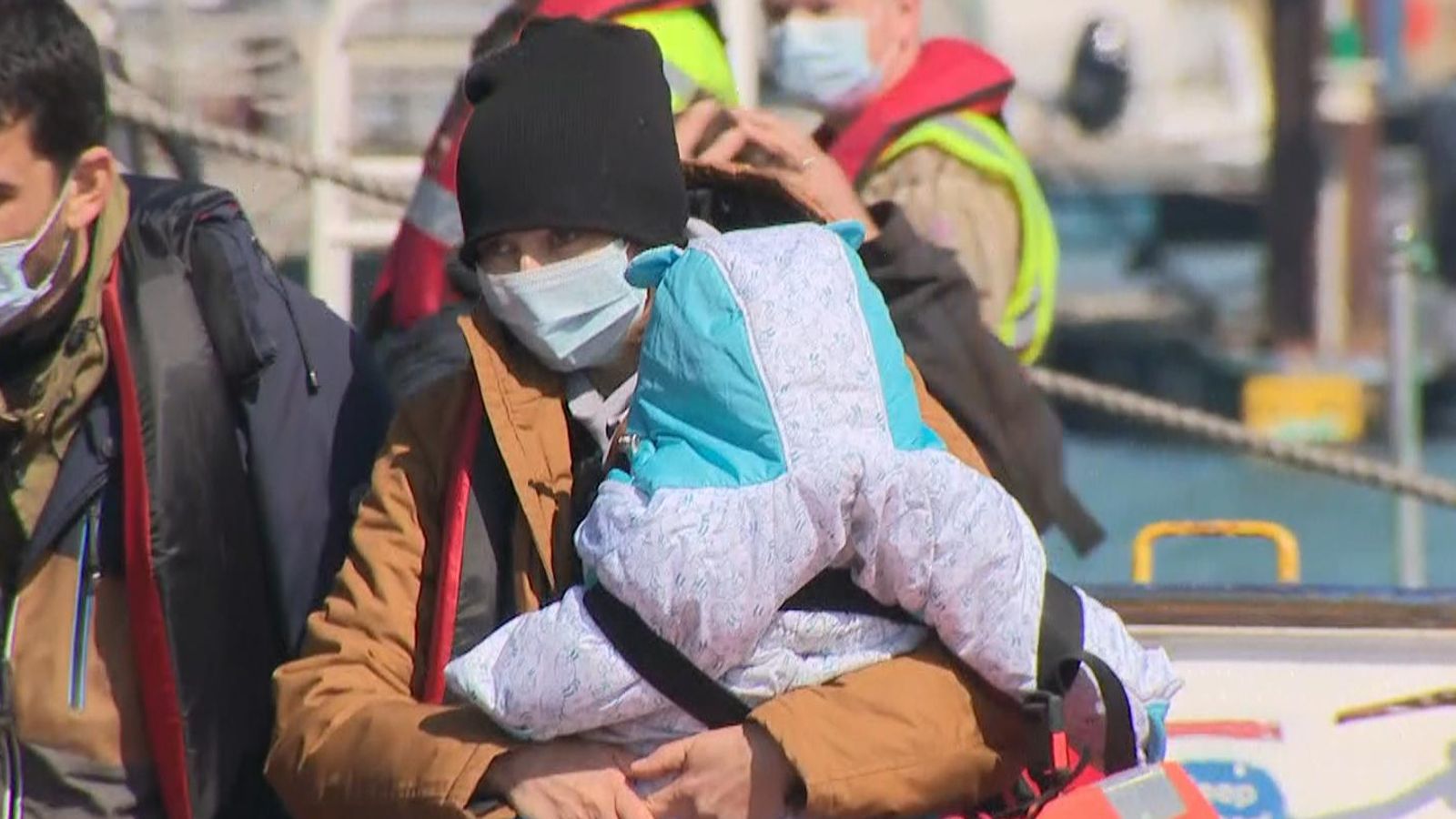 Theresa May has criticised plans to send asylum seekers to Rwanda on the grounds of “legality, practicality and efficacy”, telling MPs she fears the proposals could split up families and increase the trafficking of women and children.

The former Conservative prime minister raised questions about the new asylum policy – that will see refugees who reach the UK through illegal routes deported to Rwanda – as Home Secretary Priti Patel defended the plans.

Under the plans, approved refugees will have to stay in Rwanda, rather than return to the UK, and those who are rejected by the Rwandan government will be deported.

“Can I say with respect to my right honourable friend that from what I have heard and seen so far of this policy, I do not support the removal to Rwanda policy on the grounds of legality, practicality and efficacy,” former home secretary Mrs May told the Commons.

“But I want to ask her about one very specific issue. I understand that those who will be removed will only be young men, that families will not be… well, the home secretary is shaking her head so I’ve obviously misunderstood the policy in that sense.

“But if it is the case that families will not be broken up, and the home secretary is nodding, does she not believe and where is her evidence that this will not simply lead to an increase in the trafficking of women and children?” 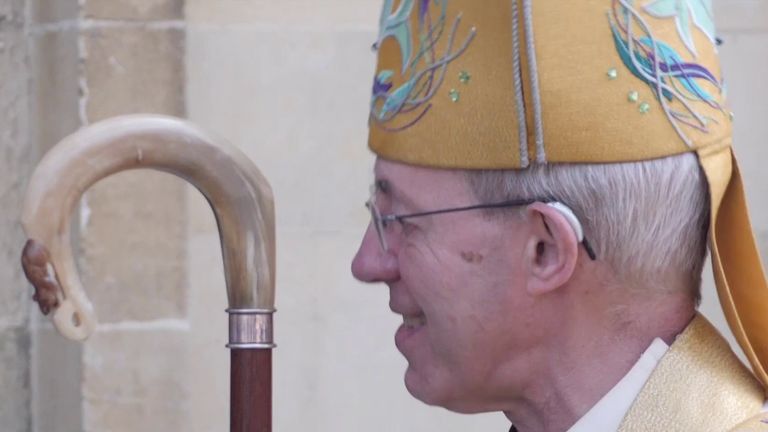 Meanwhile, Conservative former cabinet minister Andrew Mitchell – who previously suggested to ministers that housing asylum seekers in The Ritz Hotel and Eton College would be cheaper than offshoring the process – added: “Will she accept that many of us have grave concerns that the policy she has announced simply will not work?”

It comes after the Archbishop of Canterbury used his Easter Sunday sermon to criticise the government scheme, calling the policy un-Christian and saying it raises “serious ethical questions”.

Conservative MP and former cabinet minister Andrea Leadsom criticised the Most Reverend Justin Welby’s intervention, saying the leaders of the Church of England have “completely forgotten images of children lying drowned on our beaches”.

Read more:
Why are migrants being sent to Rwanda and how will it work?
First glimpse inside the centre that will house Channel migrants

Coming under a barrage of criticism in the Commons, Ms Patel said “access to the UK’s asylum system should be based on need, not the ability to pay people smugglers” and reiterated that the plans are consistent with the UK’s international and legal obligations.

“This agreement deals a major blow to the people smugglers and the evil trade in human cargo,” she told MPs.

“Everyone who is considered for relocation will be screened and interviewed including an age assessment and have access to legal services.” 2:17 Priti Patel has hit out at critics of her plans to send asylum seekers to Rwanda, saying she was surprised institutions had not offered other solutions

The prime minister and home secretary have defended the partnership with Rwanda, while Conservative MPs have broadly backed the plans.

It emerged on Friday that Ms Patel had to issue a ministerial direction over the plan, which means she overruled objections from senior civil servants within her department.

But the home secretary told MPs that reports that the Home Office Permanent Secretary Matthew Rycroft opposed the plans are untrue, adding: “Rather, he stated his role as accounting officer that the policy is regular, proper and feasible – but there is not currently sufficient evidence to demonstrate value for money.”

The home secretary continued: “This will help break the people smugglers’ business model and prevent the loss of life while ensuring protection for those who are generally genuinely vulnerable.

“At the heart of this approach is fairness.”

But shadow home secretary Yvette Cooper called the policy “shameful”, adding: “She is making it easier for the criminal gangs and harder for those who need support.”

Ms Cooper said Ms Patel’s refugee plans amount to asking Rwanda to do the job of which she is “incapable”. 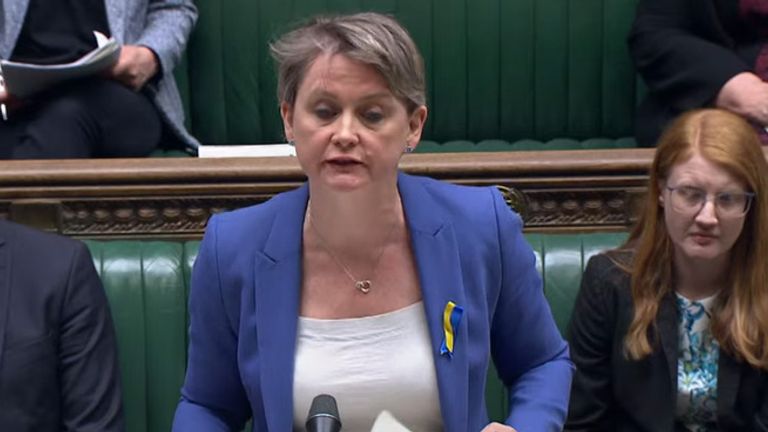 “Will she admit the £120m she’s announced doesn’t pay for a single person to be transferred?” Ms Cooper added.

She later refused to say whether there will be a cap on costs per asylum seeker sent to Rwanda.

More than 4,600 people have arrived in the UK on small boats this year, according to data compiled by the PA news agency.

Responding to the archbishop’s criticisms on Sunday, a Home Office spokesperson said: “The UK has a proud history of supporting those in need of protection and our resettlement programmes have provided safe and legal routes to better futures for hundreds of thousands of people across the globe.

“However, the world is facing a global migration crisis on an unprecedented scale and change is needed to prevent vile people smugglers putting people’s lives at risk and to fix the broken global asylum system.

“Rwanda is a fundamentally safe and secure country with a track record of supporting asylum seekers.

“Under this agreement, they will process claims in accordance with the UN Refugee Convention, national and international human rights laws.” 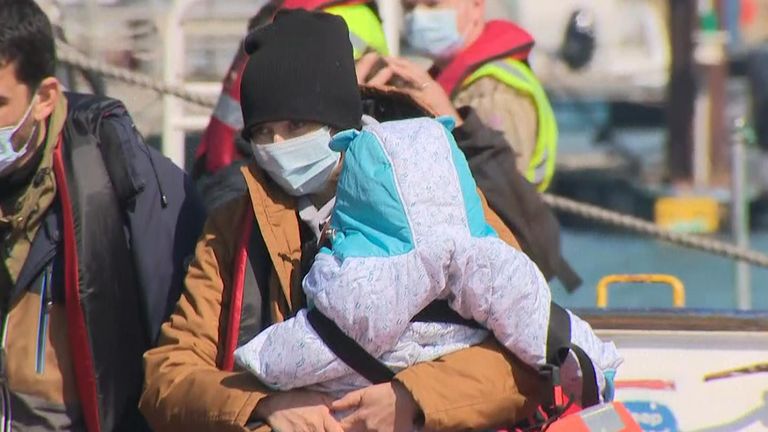 2:38 Boats filled with migrants continue to cross the Channel despite the government’s asylum plans acting as a deterrent

Attempts by some Conservative peers and MPs to change the government’s controversial asylum and immigration reforms last month were unsuccessful.

Three Conservative MPs – former ministers David Davis, Mr Mitchell and Simon Hoare – rebelled against the government over plans for an offshore processing system for asylum seekers in the Nationality and Borders Bill.