Julian Assange’s extradition to the US has moved a step closer after a court order.

Westminster Magistrates’ Court has formally issued an order to extradite the WikiLeaks founder after years of legal toing and froing.

Home Secretary Priti Patel will need to approve the order, although defence lawyers may yet appeal to the High Court. 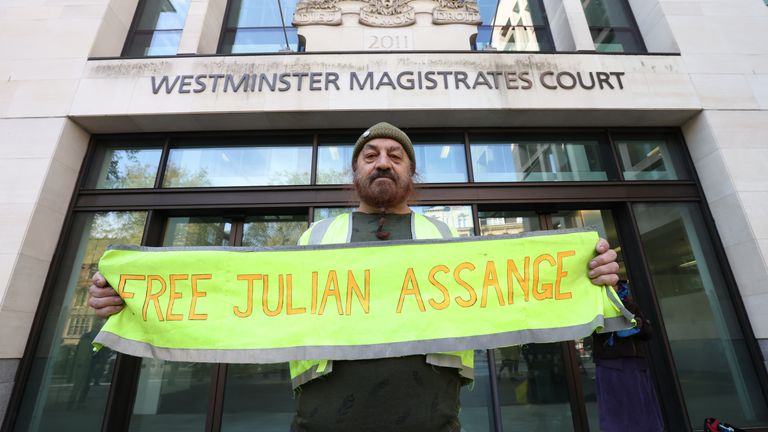 An extradition order was issued by chief magistrate Paul Goldspring during a seven-minute hearing at Westminster Magistrates’ Court on Wednesday.

Mr Goldspring said: “In layman’s terms, I am duty bound to send your case to the secretary of state for a decision.”

The extradition of Assange may yet be further delayed by an appeal.

The 50-year-old was not present in court physically and instead watched the administrative proceedings by video link from Belmarsh Prison.

At one point during the brief hearing he appeared to make a heart shape with his hands. 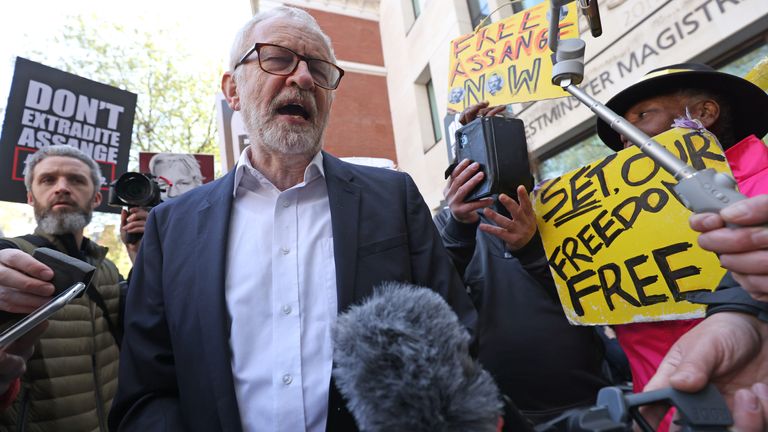 Corbyn: ‘We will carry on campaigning’

Among them was former Labour leader Jeremy Corbyn, who told those assembled: “He’s done absolutely no more than telling the truth to the world.

“We will carry on campaigning.”

Assange is wanted in the US over an alleged conspiracy to obtain and disclose national defence information after WikiLeaks published hundreds of thousands of leaked documents relating to the Afghanistan and Iraq wars.

He has always denied any wrongdoing. 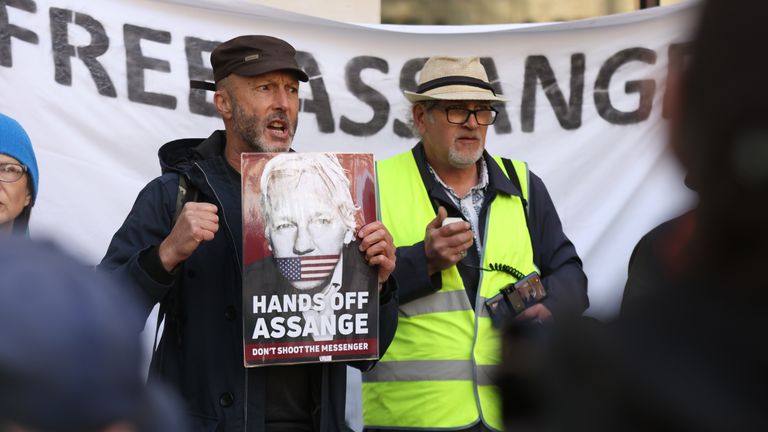 Assange’s legal team has claimed the publication of classified documents exposed US wrongdoing and was in the public interest.

They said the prosecution was politically motivated and that he faces up to 175 years in jail.

Assange, who married his fiancée Stella Moris behind bars last month, has been held in Belmarsh prison for three years since being dragged out of the Ecuadorian embassy in London, where he took refuge in 2012 to avoid extradition to Sweden on a rape allegation he denied.