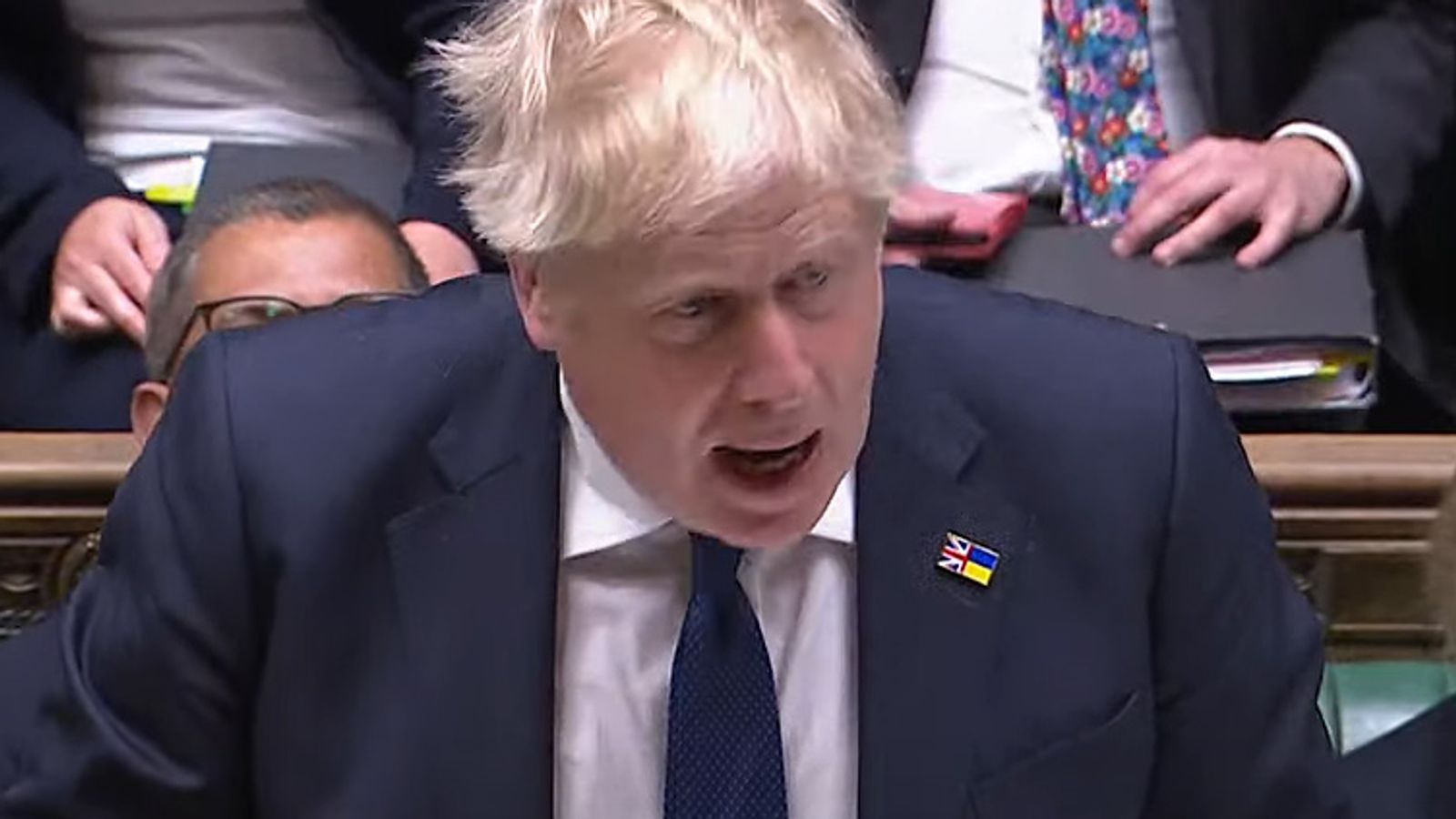 Sir Keir Starmer has accused Boris Johnson of “blaming everyone else” over partygate during a furious exchange in the Commons.

The Labour leader said the prime minister chose to “slander decent people” in private but lacked the “backbone to repeat it in public”.

He claimed that Mr Johnson showed a different attitude “once the cameras were off” during bad-tempered exchanges at Prime Minister’s Questions.

Sir Keir accused him of going “back to blaming everyone else” for his woes – including the Archbishop of Canterbury – after his partygate apology.

He called it “a mealy mouthed apology when the cameras roll, a vicious attack on those who tell the truth as soon as the cameras are off. Slander decent people in a private room, let the slander spread without the backbone to repeat it in public.” 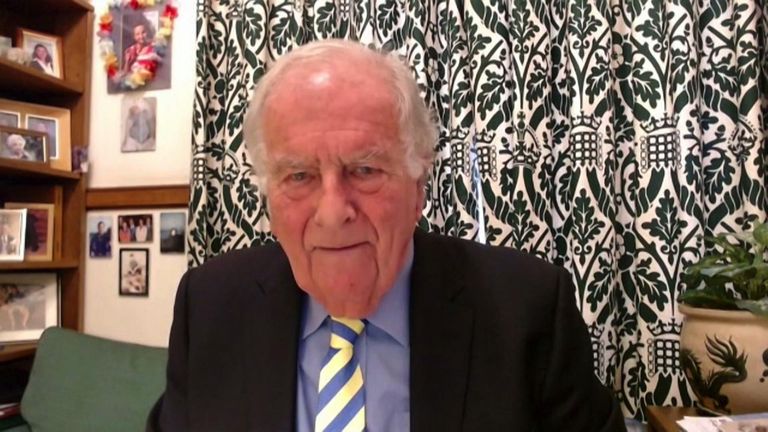 His comments centred on reports that Mr Johnson had criticised the archbishop, Justin Welby, at a closed-door meeting of Tory backbenchers hours after his Commons appearance.

Sir Keir also pointed out that the prime minister’s spin doctor Allegra Stratton, COVID adviser Professor Neil Ferguson and health secretary Matt Hancock had all resigned over their actions during the pandemic.

He asked: “Why does the prime minister think everybody else’s actions have consequences except his own?”

Mr Johnson hit back by accusing Sir Keir of being “in some kind of Doctor Who time warp” and describing him as a “Corbynista in a smart Islington suit”.

Sir Keir said the prime minister had attacked BBC coverage of the invasion of Ukraine – but Mr Johnson said this claim showed that the Labour leader was “out of his tiny mind”.

It was the second day of pressure from MPs on Mr Johnson over partygate, after he apologised to the Commons on Tuesday following his fine last week for breaking lockdown rules. 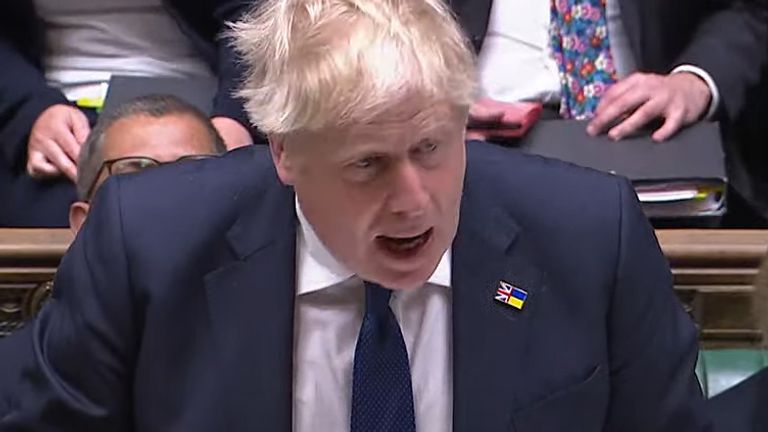 Sir Keir said: “Yesterday’s apology lasted for as long as the prime minister thought necessary to be clipped for the news.

“But once the cameras were off the prime minister went to see his backbenchers and he was back to blaming everyone else.

“He even said that the Archbishop of Canterbury had not been critical enough of Putin.

“In fact, the archbishop called Putin’s war an act of great evil.”

Mr Johnson faced fresh calls to resign from other opposition MPs including the SNP’s Richard Thomson, who was told to withdraw his description of Mr Johnson as a “Pinocchio prime minister” whom the public want to see “pack his bags and go”.

He replied: “It is well known that the rules of this House demand that we tell the truth in this House and that’s what we try to do.”

“Keir Starmer was on better form and Boris Johnson arguably slightly tetchier form than I can remember for some time,” he said.

“Keir Starmer did what he doesn’t always do which is to have quite specific questions which clearly got under the prime minister’s skin.”

On Thursday the prime minister will face a vote on a motion tabled by opposition parties calling for parliament’s privileges committee to investigate whether he misled the House with his initial claims that no rules were broken during partygate – though Mr Johnson himself will be in India.

The wording of the motion – which will need to attract the support of some Tory MPs to succeed – orders that the investigation cannot begin until police inquiries into partygate have concluded.

What is the Privileges Committee and will it investigate Boris Johnson?

Labour leader Sir Keir Starmer has tabled a motion, backed by other opposition parties, calling for the PM to be investigated for misleading Parliament.

A debate and vote will be held on Thursday, despite Boris Johnson due to be on an official visit to India at that time.

The motion calls for the prime minister to be investigated by the Committee of Privileges – a panel of seven MPs, which has a Conservative majority but is chaired by Labour’s Chris Bryant.

The committee has responsibility for investigating issues relating to contempt of parliament.

It has the power to request reports and documents, meaning they could in theory ask Downing Street for the final report by senior civil servant Sue Gray, or any photos taken by the PM’s official photographer.

However, because the Conservatives have a majority of 75 it would require a huge rebellion for the motion to be passed by MPs.

Currently, there are not thought to be enough Tory MPs ready to turn on Mr Johnson for this to be likely.

But Labour clearly believes there is sufficient political capital to be gained for them to push ahead with it anyway.

Sir Keir said: “The British public know that the rules were broken in Downing Street.

“Voting to say otherwise won’t persuade the public that everything was fine but will further damage the reputation of any Conservative MP who is happy to say it was one rule for the public and another for this government.”

Tom Parker’s funeral: The Wanted carry his coffin as his widow says she will ‘treasure every memory’ of her ‘soulmate’