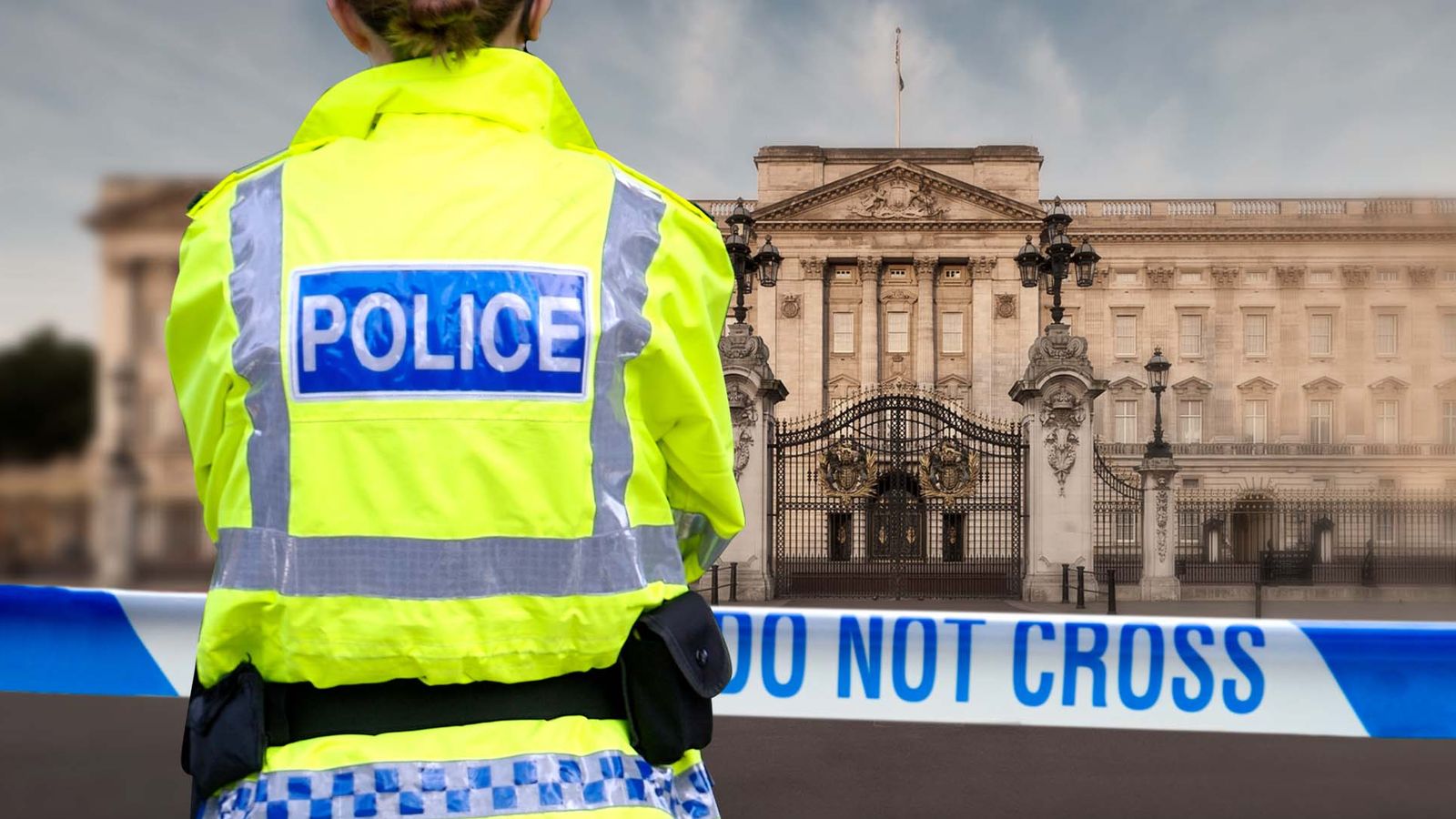 Hundreds of crimes have been reported at royal palaces in the past three years including offences involving weapons, drugs, violence and robbery.

A total of 470 crimes were recorded at Buckingham Palace, Kensington Palace, St James’s Palace and Clarence House – either inside or immediately outside the grounds – between 2019 and 2021, the Metropolitan Police revealed.

They included hundreds of thefts along with reports of arson and criminal damage, burglary, robbery, possession of weapons and violence against the person offences.

Less than 1% of the crimes resulted in someone being charged, cautioned or fined, and no suspects were identified in more than 400 offences, according to data released under the Freedom of Information Act.

It comes after Prince Harry voiced security fears about bringing his family from the US to the UK, saying he “does not feel safe” when visiting and offering to pay for police protection. 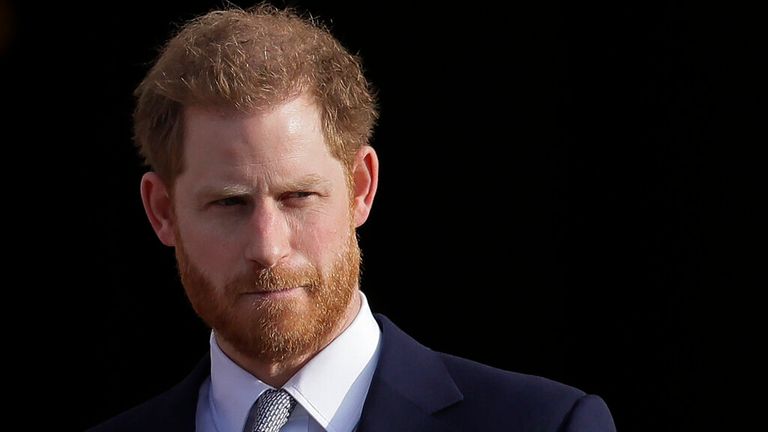 Image: The Duke of Sussex now lives in California with Meghan and their two children. Pic: AP

Dai Davies, a former head of royal protection at Scotland Yard, said the number of crimes was “astonishing” and “frightening”.

The former chief superintendent told Sky News: “If you can steal or cause incidents at or near the royals, what does that say about the current security?

“If these offences have an impact on the personal safety of the royals, that would give me great concern.”

What does the data show?

Sky News submitted a freedom of information request to the Met Police asking for details of crimes reported at those four royal residences in London since 2019.

The force refused to provide some of the information for “national security” and “law enforcement” reasons, including which crimes had been reported at each location, and whether the offences took place inside the grounds or immediately outside. 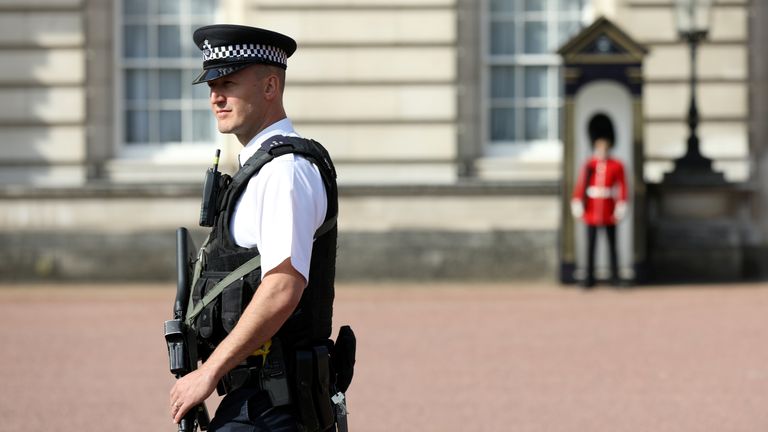 Image: A police officer patrols within the grounds of Buckingham Palace

Among the offences were:

• Violence against the person – 15 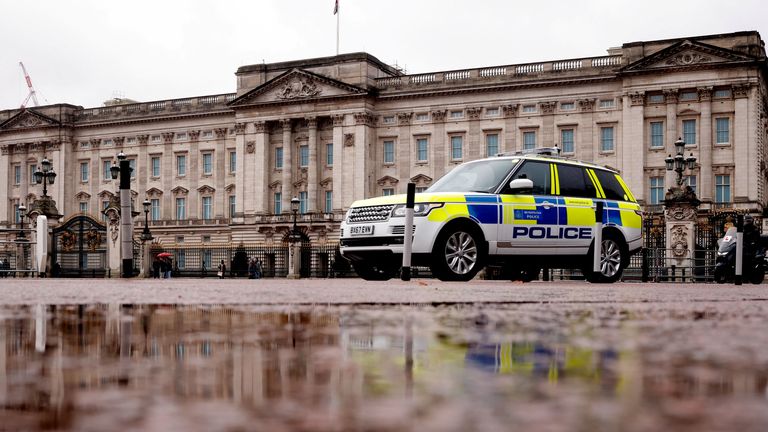 Of the 470 crimes recorded, just nine resulted in someone being charged or summonsed. One caution was issued, along with one penalty notice for disorder.

No suspect was identified in 404 offences, while 34 crimes had evidential difficulties, and five cases were deemed not in the public interest.

Sixteen crimes were dealt with by community resolutions, which are used for low-level offences and can include a simple apology, an offer of compensation or a promise to clear up any criminal damage.

Last year, a member of catering staff at Buckingham Palace was jailed after stealing medals and official photos of the royal family from the Queen’s residence.

Adamo Canto was sentenced to eight months in prison after he pleaded guilty to three counts of theft between November 2019 and August 2020. 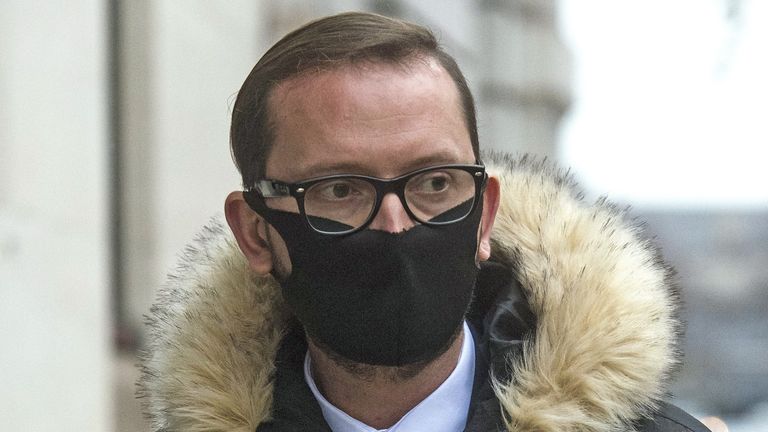 Image: Adamo Canto was jailed after admitting stealing medals and official photos of the royal family

In February, a man who scaled a Buckingham Palace fence was spared jail by a judge who told him he was lucky not to have been killed by police.

Cameron Kalani entered the Royal Mews – which houses the Royal Family’s horses – in the early hours of 10 May last year. 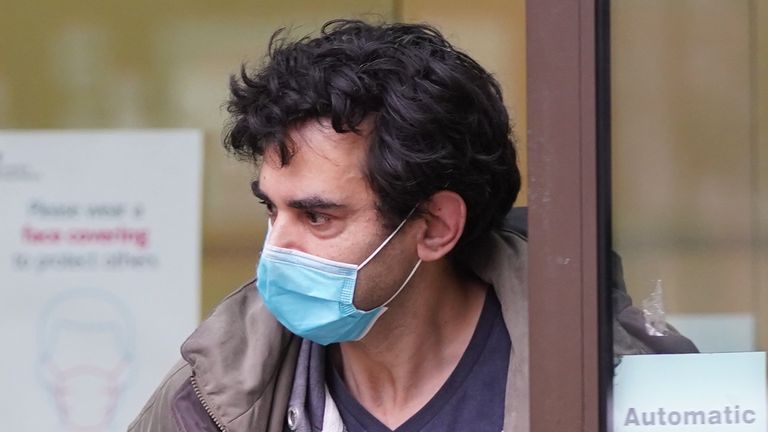 The 44-year-old, who was caught with a 20cm kitchen knife and cocaine in his bag when he was arrested, was handed a 24-week prison sentence, suspended for a year.

Deputy District Judge Roy Brown told Kalani: “It is just good luck and good fortune that neither you nor anyone else was either seriously injured or killed in the course of your escapade.”

Meanwhile, an American tourist was fined £200 in February after admitting trespassing in the grounds of Buckingham Palace. 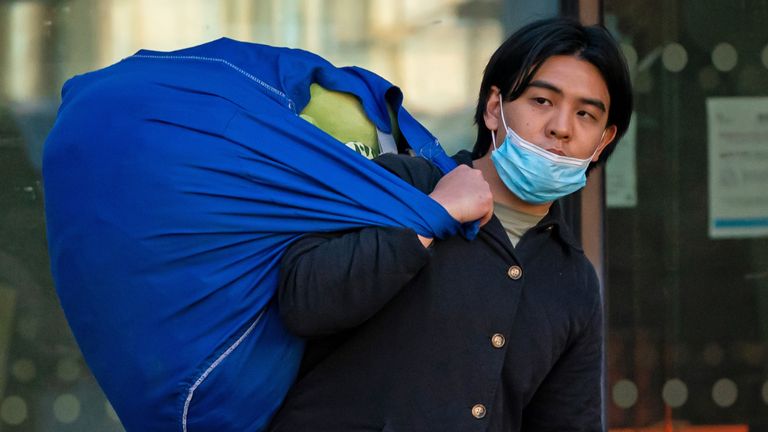 Joseph Huang Kang jumped over the fence into the Royal Mews last December, ignoring staff who challenged him and running off before being found in the toilets.

The 24-year-old from Houston, Texas, pleaded guilty to trespassing on a protected site.

What does the Met Police say?

The Met Police said it had “responsibility for security in and around the royal palaces, but we will not comment on matters relating to security”.

A force spokesman told Sky News: “In common with other crowded locations, the majority of offences committed at or within the vicinity of the palaces were thefts.

“Officers will always endeavour to pursue all viable and proportionate lines of enquiry.” 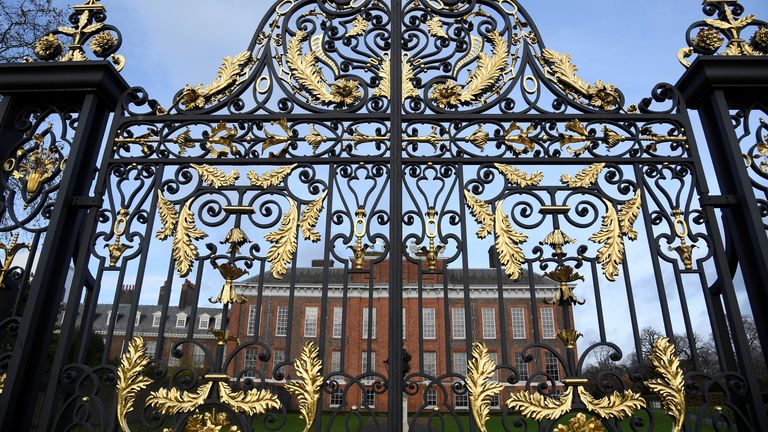 The force also defended its decision not to disclose which crimes were recorded at each royal residence, or whether the offences occurred inside or outside the grounds.

In its Freedom of Information response, a spokesman said: “To disclose the requested information would allow interested criminal parties to gain an advantage and increased awareness of policing decisions used to safeguard national security.

“All royal residences are considered sites of national interest. Any possible threat… would be considered a threat to the prime institution of the United Kingdom’s constitutional arrangements and therefore a threat to national security.

Buckingham Palace declined to comment when approached by Sky News.