Use-by dates on Co-op yoghurts are to be scrapped, the company has announced.

The supermarket giant instead plans to use best-before dates.

It says the move is an industry first – and will apply to its entire range of own-brand yoghurts. 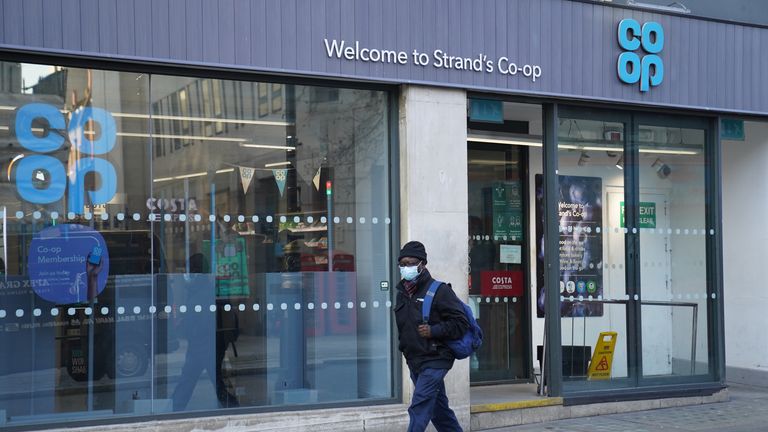 Image: According to the supermarket giant, six million people in the UK eat a yoghurt every day

Co-op said six million people in the UK eat a yoghurt every day, but research from charity Wrap shows half are thrown away in unopened packs, mainly because they aren’t used in time.

Executive Nick Cornwell said yoghurt can be safe to eat if it is stored unopened in a fridge even after the date mark printed on it.

“So, we have made the move to best-before dates to help reduce food waste,” he said.

“Data from Wrap has suggested that 70% of food waste happens within the home setting.

“It’s our ambition to help our members and customers to make small changes that will collectively make a big impact and combat unnecessary food waste.

“Controlling food waste is not only beneficial for managing household budgets, it also has an environmental benefit and will ultimately help reduce carbon emissions.”

Catherine David of Wrap said they were “delighted” by the stance Co-op was taking.