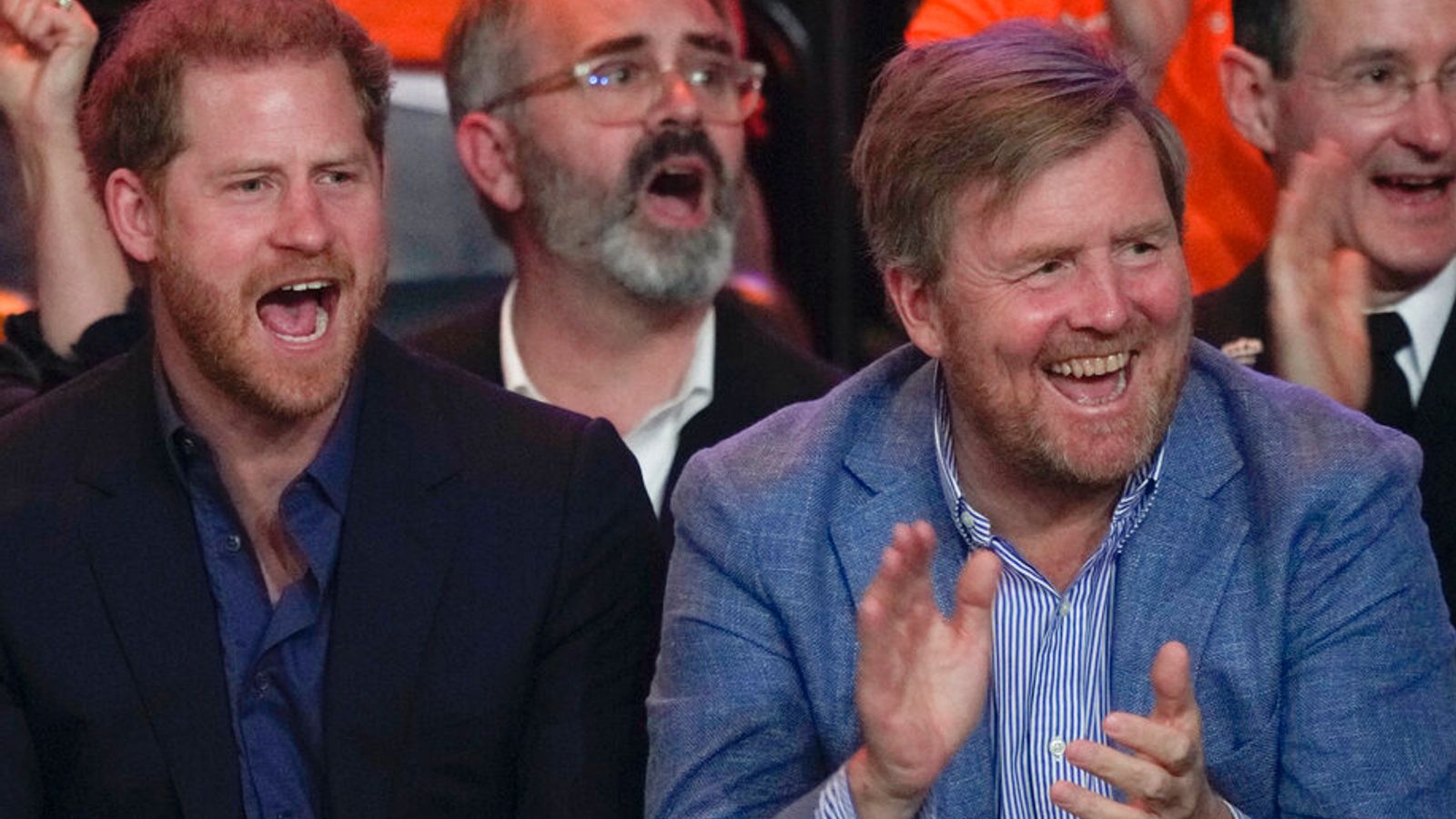 Prince Harry was joined by the Dutch king to cheer on athletes at the Invictus Games – after dropping into an Irish pub with friends the night before.

King Willem-Alexander got into the spirit as the pair watched the wheelchair basketball final between the US and the Netherlands, with America claiming a convincing win.

Friday was the last day of competition at the event for injured service personnel.

In his closing speech in The Hague, the prince said many athletes would have killed themselves had it not been for the sporting event. Image: The games have been taking place in The Hague. Pic: AP 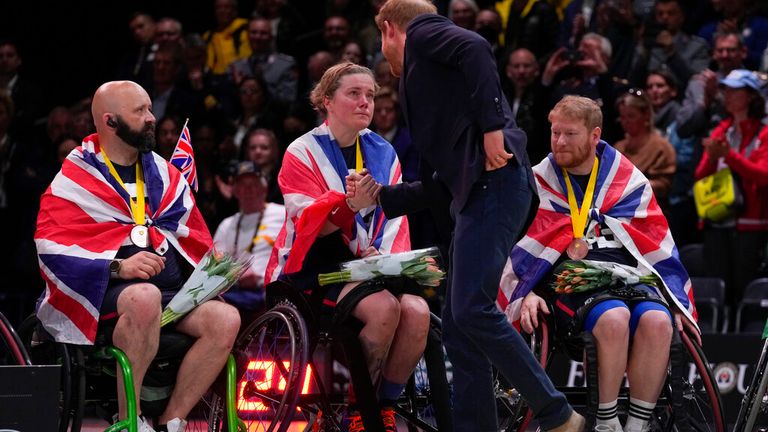 “From interviews that Invictus did across the park this week, and as some of you have shared with me personally, many would have taken their own life had it not been for these games,” he said.

“You made the choice to be here, to stay with us, to grow with us, and I can’t explain how much it means to me and how much all of you mean to us. So thank you.

“So if, or when, you feel alone, please know that you are not alone. This community is with you. We are all with you…”

On Thursday evening, Harry and friends visited O’Casey’s Irish Pub in The Hague, but the owner said the prince limited himself to one pint of Guinness.

John Gulay, 51, said Harry had insisted: “I stick to one pint and then I’ll move to lemonade” – and suggested a round of tequila he was offered be given to other drinkers.

The prince was in the pub beer garden for about an hour and a half before going elsewhere for dinner.

Mr Gulay described Harry as a “really nice guy” and said he took care of the tab for the royal.

“They offered to pay, but I said I’m really happy that you guys were here and the Invictus Games were so good for the pub this week,” he said. Image: Meghan accompanied Harry to the games earlier this week The prince’s trip to the Netherlands comes in the same week his interview with US TV made headlines.

Harry told NBC that he felt the guidance of his mother Diana “more than ever before”.

“It’s almost as though she’s done her bit with my brother and now she’s very much back to helping me. Got him set up, now she’s helping me set up. That’s what it feels like,” said the prince.

However, he was criticised by some for not committing to the Queen’s jubilee celebrations this summer due to “security issues and everything else”.

He said he had dropped by to see his grandmother – who was “on great form” – and that he wanted to ensure she was “protected” and had the “right people around her”. It was not clear exactly what the prince was referring to.

:: Anyone experiencing difficulties can contact Samaritans UK on 116 123, or by emailing jo@samaritans.org