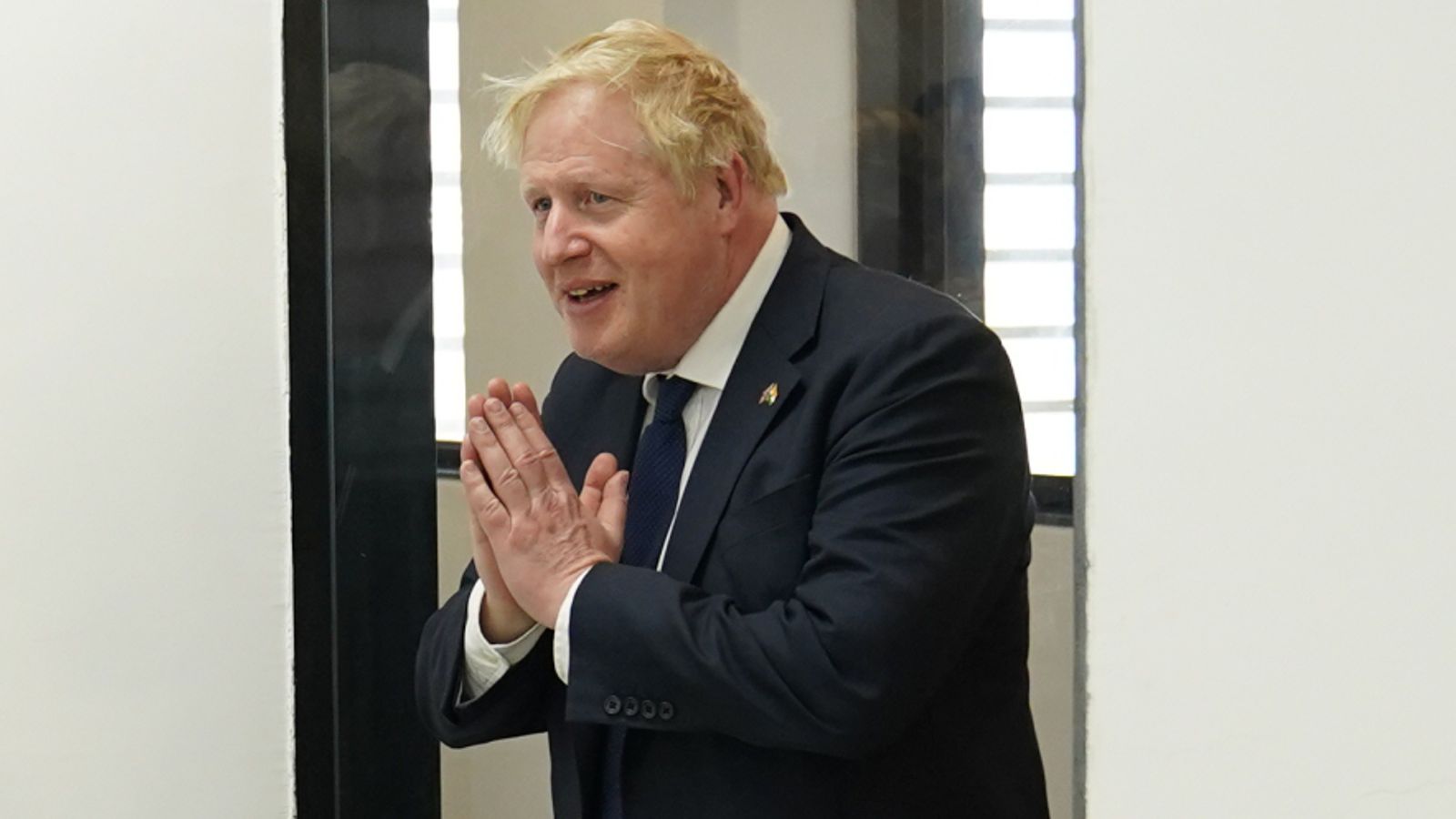 Boris Johnson will shortly return to England with his premiership under increasing strain amid the ongoing partygate scandal.

The prime minister has been on a two-day official visit to India this week where he met Indian Prime Minister Narendra Modi and vowed to deepen trade ties with the country.

But now, heading back to Westminster, he faces the harsh reality of an impending parliamentary investigation into his conduct, more partygate fines being issued by the Metropolitan Police and an increasing number of his own backbench Conservative MPs calling for him to resign.

Despite further rumblings of discontent within his own party over lockdown-busting parties that took place across Downing Street and Whitehall, the PM was adamant on Friday that he will still be prime minister in six months’ time.

Politics Hub:
Senior Tory says colleagues must ‘take matters into their own hands’ and oust Johnson

The PM has faced repeated questions about his future as the scandal continues to dog him despite his attempts to move on to broader issues during his trip to India.

Another backbencher, Tobias Ellwood – who has already called on Mr Johnson to go, said there had been a “silence of support” and urged Conservatives to “take matters into their own hands”.

Lord Barwell, former chief of staff to Theresa May – Mr Johnson’s predecessor in Downing Street – told Sky News that it all showed the mood among Tory MPs “isn’t quite as supportive of the PM as maybe some people were having us believe two or three days ago”. 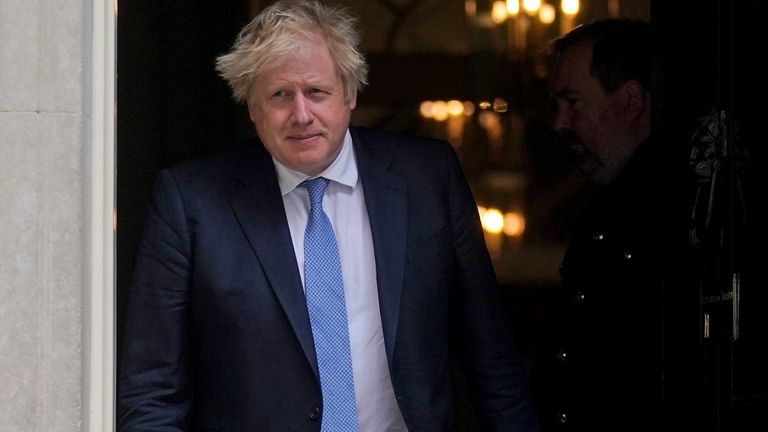 4:06 PM to face inquiry over partygate

This was reaffirmed by MPs agreeing that the PM should face a parliamentary investigation into whether he misled MPs when he denied lockdown rules were broken across Downing Street and Whitehall.

A Labour-led motion calling for the Privileges Committee to investigate Mr Johnson’s conduct was nodded through without a vote on Thursday.

The investigation will not fully begin until the conclusion of the Metropolitan Police’s inquiry into 12 events and the Privileges Committee will determine whether the PM is in contempt of parliament for misleading MPs with his repeated denials of parties in Downing Street.

Read more:
All you need to know about the partygate investigation
What were the COVID rules on 20 May 2020?

It was understood on Friday that at least one Number 10 official had received a fixed penalty notice from the Met Police for attending a lockdown-busting “bring your own booze” event held in the Downing Street garden.

It is not known who has been fined for the gathering which was held at the height of the UK’s first national lockdown on 20 May 2020, but – as of yesterday afternoon – it was not thought the prime minister was among those fined.

Mr Johnson has previously admitted attending the garden drinks, but has repeatedly stressed he believed it was a “work event”.

The prime minister apologised to MPs in January for being among those at the Downing Street drinks party, saying he spent 25 minutes thanking staff, before returning to his office.

According to a leaked email, one of the prime minister’s then-chief aides, his Principal Private Secretary Martin Reynolds, sent an email to over 100 employees in Number 10, including the prime minister’s advisors, speechwriters and door staff, inviting them to the event.

The Met Police has confirmed it will not issue any further partygate updates before the May local elections.

But Number 10 has pledged to confirm if the prime minister or cabinet secretary receive any fines before individuals head to the polls next month.

Until now, it was known that more than 50 fines had been issued in relation to the lockdown-breaking parties in Westminster.

Next week, the PM will likely be probed further as pressure from his own backbench MPs continues to mount and he keeps batting away questions on whether he can survive the scandal.

Defiant in Delhi this week, Mr Johnson is determined to carry on in his role – but the question now is will members of his Conservative Party let him.