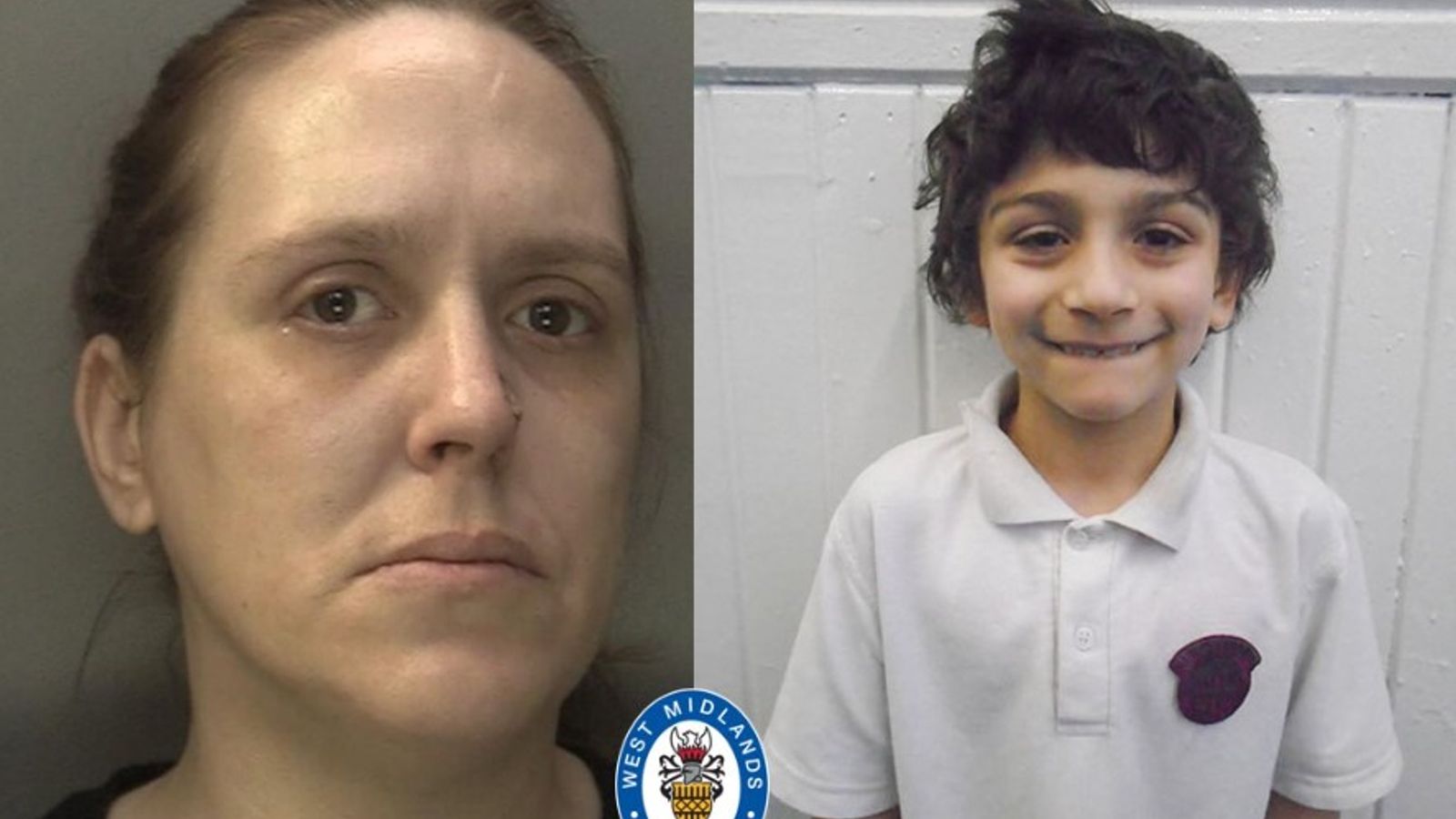 A drug addict mother has been found guilty of the manslaughter of her asthmatic son after he died alone and “gasping for air” in a garden.

The 40-year-old, formerly of Long Acre in Nechells, Birmingham, has been convicted of gross negligence manslaughter after her “frail” son died of an asthma attack at the home of a friend where they had been staying.

Images shown in court revealed how Heath, who had a £55-a-day drug habit, had even modified one of her son’s blue inhalers with foil and an elastic band so she could use it to smoke crack.

It emerged during the trial that school nurse Melanie Richards had told a child protection conference just two days before Hakeem’s death he could “die at the weekend”.

Health, education and social workers voted to protect Hakeem at the same conference.

However, the meeting ended with an agreement that the family’s social worker would speak to Heath about the outcome on the Monday – by which time Hakeem had died.

Neelam Ahmed, a family outreach worker at the boy’s school, told jurors how she had voted at that meeting “to take Hakeem immediately in to care”.

Both Ms Richards and Ms Ahmed scored Hakeem’s safety as “zero” out of 10.

The jury also heard how Heath had previously had other children taken into care.

A serious case review into all agencies’ contact with the youngster and his mother, before his death, is set to be published within weeks. 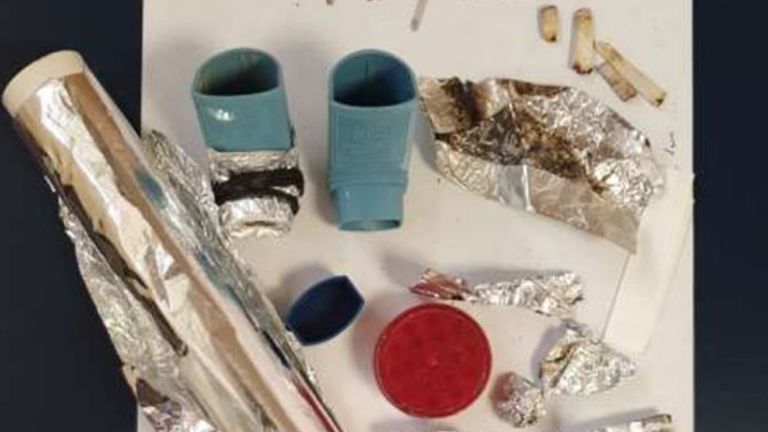 Image: Heath modified a blue inhaler with foil and an elastic band so she could use it to smoke crack

Boy had been in hospital three times before his death

Crown counsel Matthew Brook said when opening the case that Hakeem had been repeatedly absent from school and had experienced three emergency admissions to hospital.

The third was when he spent four days in Birmingham Children’s Hospital’s high dependency unit for four days in September 2017 to receive treatment for his “life-threatening” condition.

Prosecutors said Heath should have been well aware of Hakeem’s spiralling health problems.

However, Heath “failed to administer” any “preventer” asthma medication in the two days before he died and did not have access to a spacer device used to get more drugs into a child’s lungs, her trial heard.

Police searches later found part of a spacer amid the squalor of mouldy food, over-filled ashtrays, and drugs paraphernalia in her home. 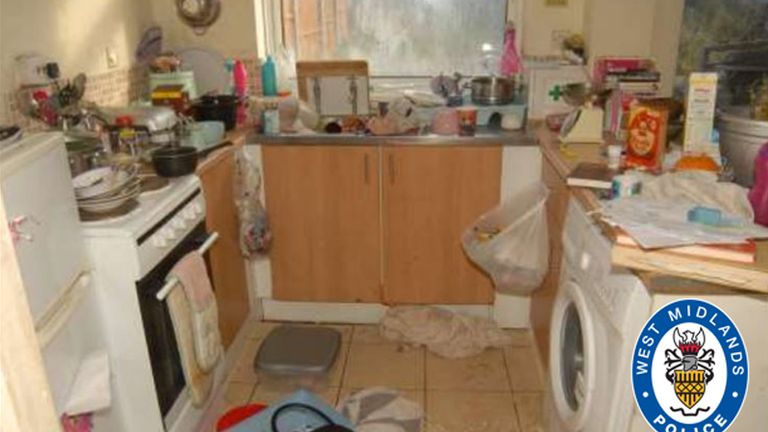 Image: Police have released images of the home where Laura Heath lived with her son in Birmingham

During the trial it was heard Heath had been living in a home on Long Acre since 2013, with one visitor describing the conditions as “disgusting”.

The same witness told how Hakeem said he had no bed, sleeping instead on the sofa, while there was evidence Heath used an upstairs bedroom for sex work to fund her habit with a basket of condoms next to the mattress.

In the days before his death, Heath recently started staying with a friend, Timothy Busk who lived in a flat in Cook Street, a short walk away.

One visitor described it as being “foggy and smoky” inside and a “mess”, the court heard.

Heath would later tell police she smoked three bags of heroin – two before Hakeem went to bed at 10.30pm – and one afterwards, leaving her in a drug-induced sleep on the night before her son died. Image: A witness told the court Hakeem would sleep on the sofa rather than in bed

Mr Busk then woke Heath up at 7.37am on Sunday 26 November 2017 and told her he had found Hakeem dead in the garden and had carried his gaunt body to the sofa.

Heath phoned 999 and later told police in interview: “Hakeem was freezing and his lips were blue.

“Hakeem would go out when he was unwell and must have fallen asleep (when outside).

“I just suspect he didn’t wake me up, took himself to get fresh air and then probably fell asleep.”

Jurors heard Hakeem’s father – who attended much of the trial – was in prison at the time of the boy’s death for an offence not related to his son.

Heath will be sentenced on Thursday.