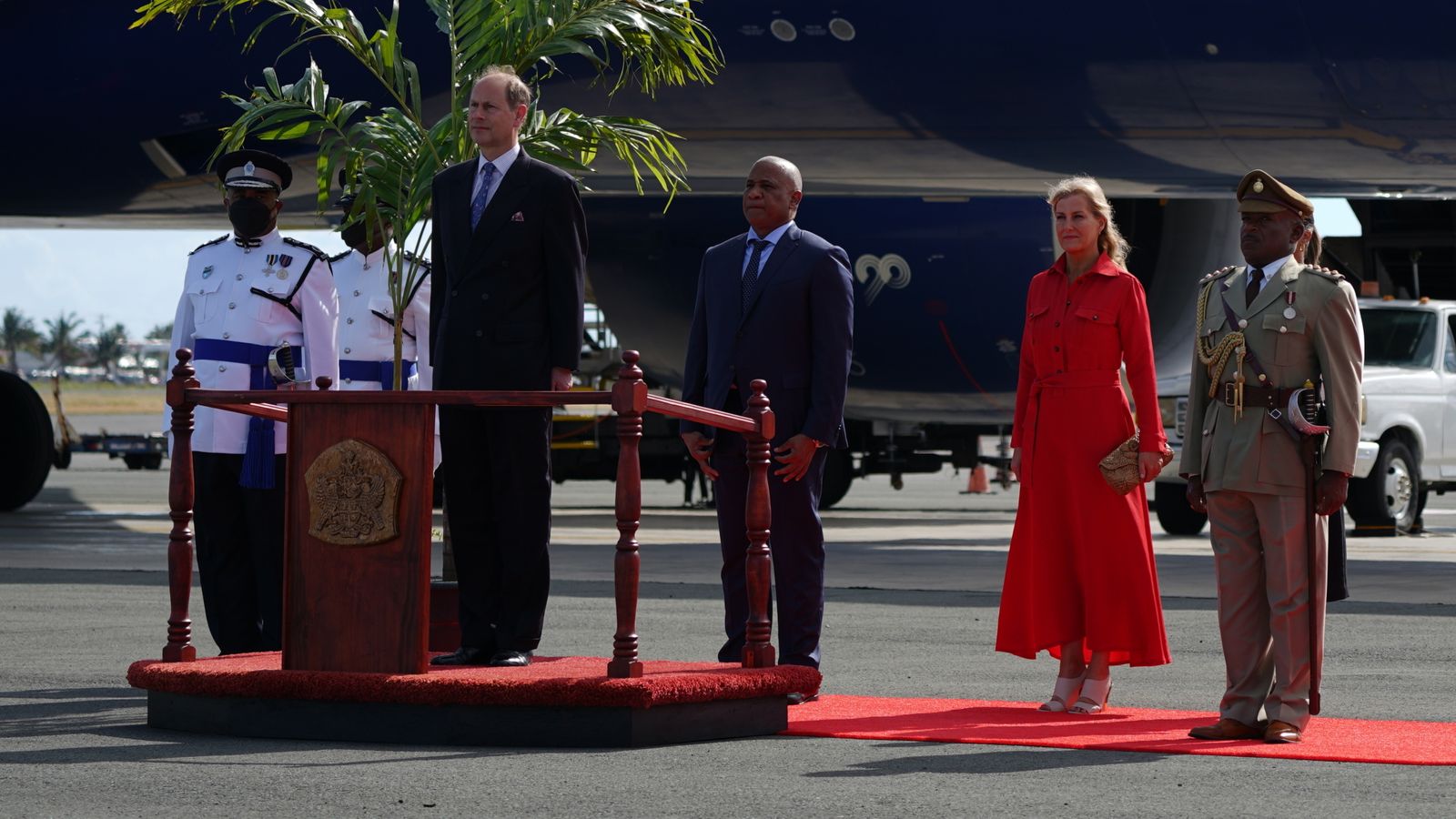 Prince Edward and his wife Sophie arrived in St Lucia to a red carpet guard of honour as they began their seven-day tour of the Caribbean.

The Earl and Countess of Wessex landed on the island after the Antigua and Barbuda Reparations Support Commission told them to avoid “phoney sanctimony” over slavery and a visit to Grenada was cancelled.

Ahead of Edward and Sophie’s visit, the commission wrote an open letter criticising the Royal Family for past comments on slavery.

“It has become common for members of the Royal Family and representatives of the government of Britain to come to this region and lament that slavery was an ‘appalling atrocity’, that it was ‘abhorrent’, that ‘it should not have happened’,” the letter said.

“We hear the phony sanctimony of those who came before you that these crimes are a ‘stain on your history’.

“For us, they are the source of genocide and of continuing deep international injury, injustice and racism. We hope you will respect us by not repeating the mantra.”

Edward and Sophie are still scheduled to visit two other nations, Antigua and Barbuda and St Vincent and the Grenadines, after their trip to St Lucia.

The Platinum Jubilee tour was organised to mark the Queen’s 70-year reign. 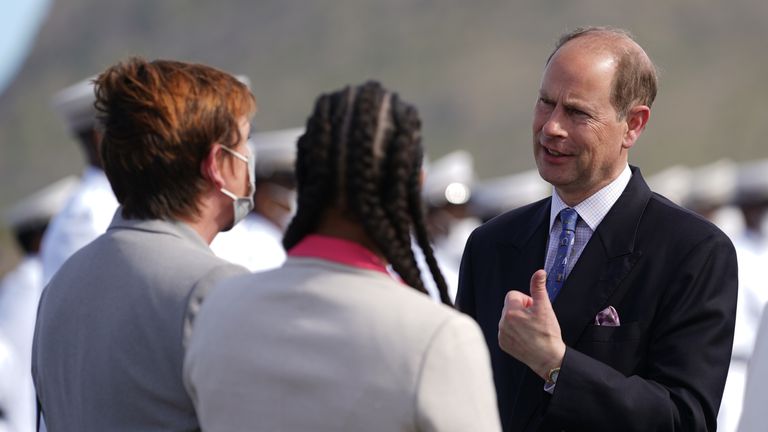 Image: Prince Edward has arrived at Hewanorra International Airport for the start of the Caribbean tour Image: The Countess of Wessex is joining her husband on the tour of the Caribbean

Edward and Sophie were greeted in the sunshine by deputy prime minister Dr Ernest Hilaire and the ADC to the governor general Captain Cyril Saltibus after they disembarked their British Airways flight at Hewanorra International Airport on Friday afternoon.

Sophie, wearing a red dress, joined her husband as they walked down the red carpet to a platform, where Edward stood to receive the guard of honour while the island’s police band performed the country’s national anthem. Image: Troops wait to be inspected as the Earl and the Countess of Wessex arrive in St Lucia

The week-long tour will see Sophie and Edward “meet communities, local entrepreneurs and craftspeople, and young people” as well as athletes training for the Commonwealth Games.

It is understood that the planning of the royal tour involved discussions between the host countries, royal officials and other parties.

The Wessex’s tour comes shortly after Prince William and Kate were criticised for some elements of their recent Caribbean tour.

Dorbrene O’Marde, who chairs the Antigua and Barbuda Reparations Support Commission, told Sky News that while there is some “connection” and “admiration” for royalty in the region, an apology for slavery and reparations is still needed.

He described William and Kate’s tour as a “horrible, horrible exposition of archaic colonial behaviour”, with images capturing the couple standing in the backs of jeeps and reaching out to children through wire fences.

Prince William expressed his “profound sorrow” for the slave trade during a speech in Jamaica but stopped short of a full apology.