Four new pictures of Prince Louis, taken by his mother, have been released to mark his fourth birthday.

The images were snapped earlier this month in Norfolk and show him running on a seemingly deserted beach and smiling broadly on the sand.

In another picture he clutches an orange cricket ball.

His parents’ second home, Anmer Hall, given to them by the Queen, is also in Norfolk. 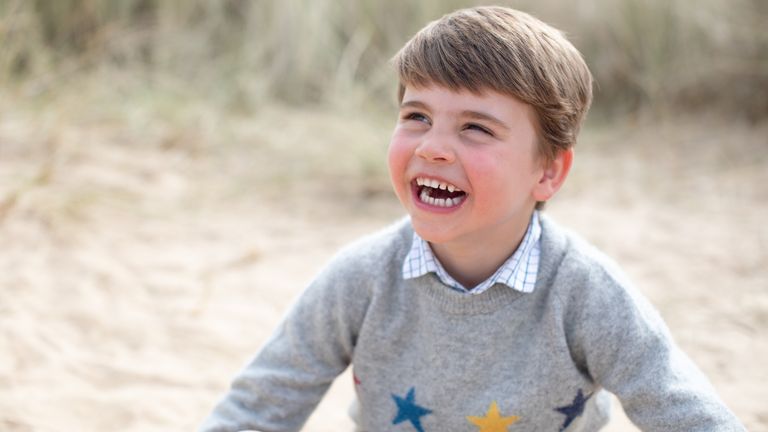 Image: Louis is the youngest of the couple’s three children. Pic: Duchess of Cambridge 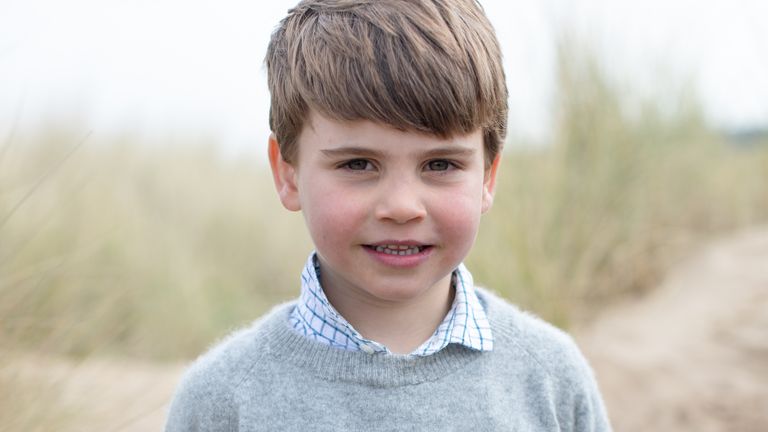 Image: Louis is fifth in line to the throne. Pic: Duchess of Cambridge

Prince Louis is the youngest of Prince William and Kate’s children and was born on 23 April 2018. He’s fifth in line to the throne – behind his older siblings, his father and Prince Charles.

His brother George will turn nine-years-old in July, while Princess Charlotte turns seven in a few weeks.

The pictures were all taken by the Duchess of Cambridge, a keen photographer who normally takes the official photos of her children. 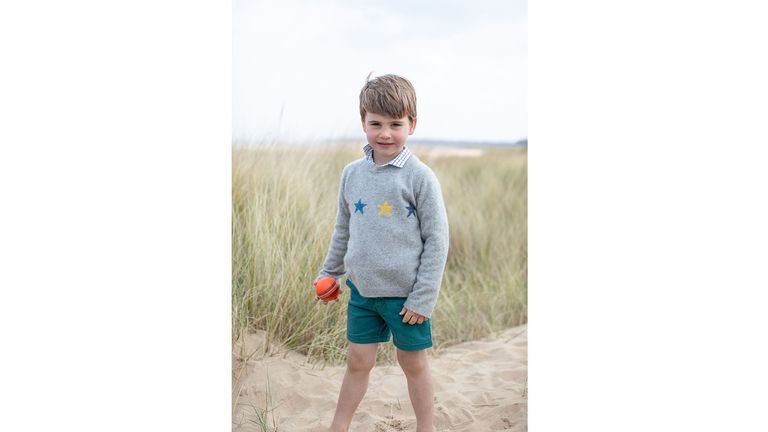 For his third birthday, Kate showed Louis wearing a rucksack and riding a red bike, ready for his first day at nursery.

The young prince is not the only royal celebrating a birthday this week.

The Queen turned 96 on Thursday and a picture was released showing her next to two white ponies in Windsor.

Louis’s uncle, Prince Harry, has also made headlines in recent days following a US TV interview in which he said he felt the guidance of his mother Diana “more than ever before”.

He has been in Europe for the latest Invictus Games, held in the Netherlands.