Former Smiths guitarist Johnny Marr says he feels “let off the leash” after finally dropping any “baggage” he once felt about people expecting him to play in a certain way.

Speaking to Sky News about the release of his double album Fever Dreams Pts 1-4, the musician – who is widely regarded as one of the greatest modern guitar players of our time – explained he finally feels free to write whatever songs he fancies now.

“I think you get to a certain point in your career and your life, where maybe at a certain age you, you know, drop your baggage, hopefully.”

Easier said than done when your former bandmate is one Steven Morrissey who recently published a somewhat sulky open letter asking Marr to stop mentioning his name in interviews. 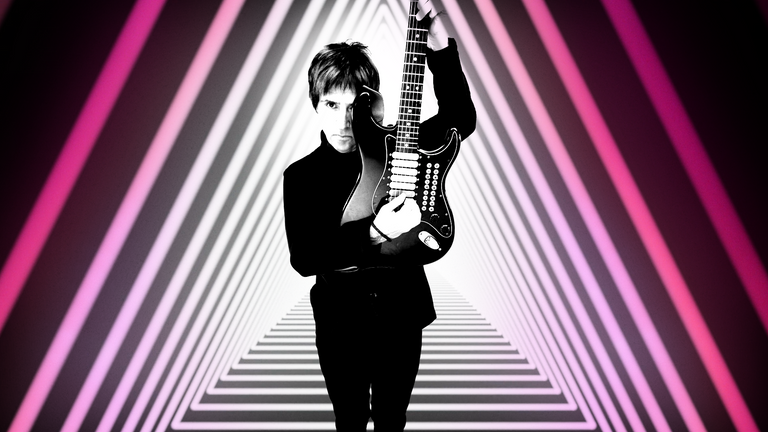 Ironic given how, Marr admits, he spent decades trying to actively distance himself from how he sounded in his Smiths days in his collaborations with The Cribs, Modest Mouse and the likes of New Order’s Bernard Sumner, just to name a few.

“No one really wants to be branded with a ‘this is what your sound is – you play a jingle jangle Rickenbacker guitar and you shall ever remain so…’,” he jokes.

“Who knows in the future I might take a left turn and do something whacky but I feel a bit let off the leash with this album.”

While others were busy baking sourdough, for Marr the product of lockdown was 16 new tracks, his fourth solo album.

“I wasn’t going to write about vaccinations and stores being closed or anything like that. But quite quickly as we got into it, the feeling in society and about being a person and what time meant, and all these aspects of what that period did for us definitely played into the songs.”

He still struggles, he says, with how little he feels Downing Street did to help the live music industry during the pandemic. Image: Marr has been collaborating on film scores – including working with Billie Eilish on No Time To Die

“People in the arts and particularly musicians and festivals were just left to kind of flail about and see what happens, you know, there was no protection there at all. So you’ve sort of got the measure of them there a little bit.”

More recently Marr has collaborated on film scores with composer Hans Zimmer – including working with Billie Eilish on the last Bond, No Time To Die.

“Hans and a few of my other friends that I’ve collaborated with, we all tend to be sort of workaholics anyway, that’s why we get on.