Tyson Fury could return to the ring, wife Paris says, after he knocked out Dillian Whyte to retain heavyweight title 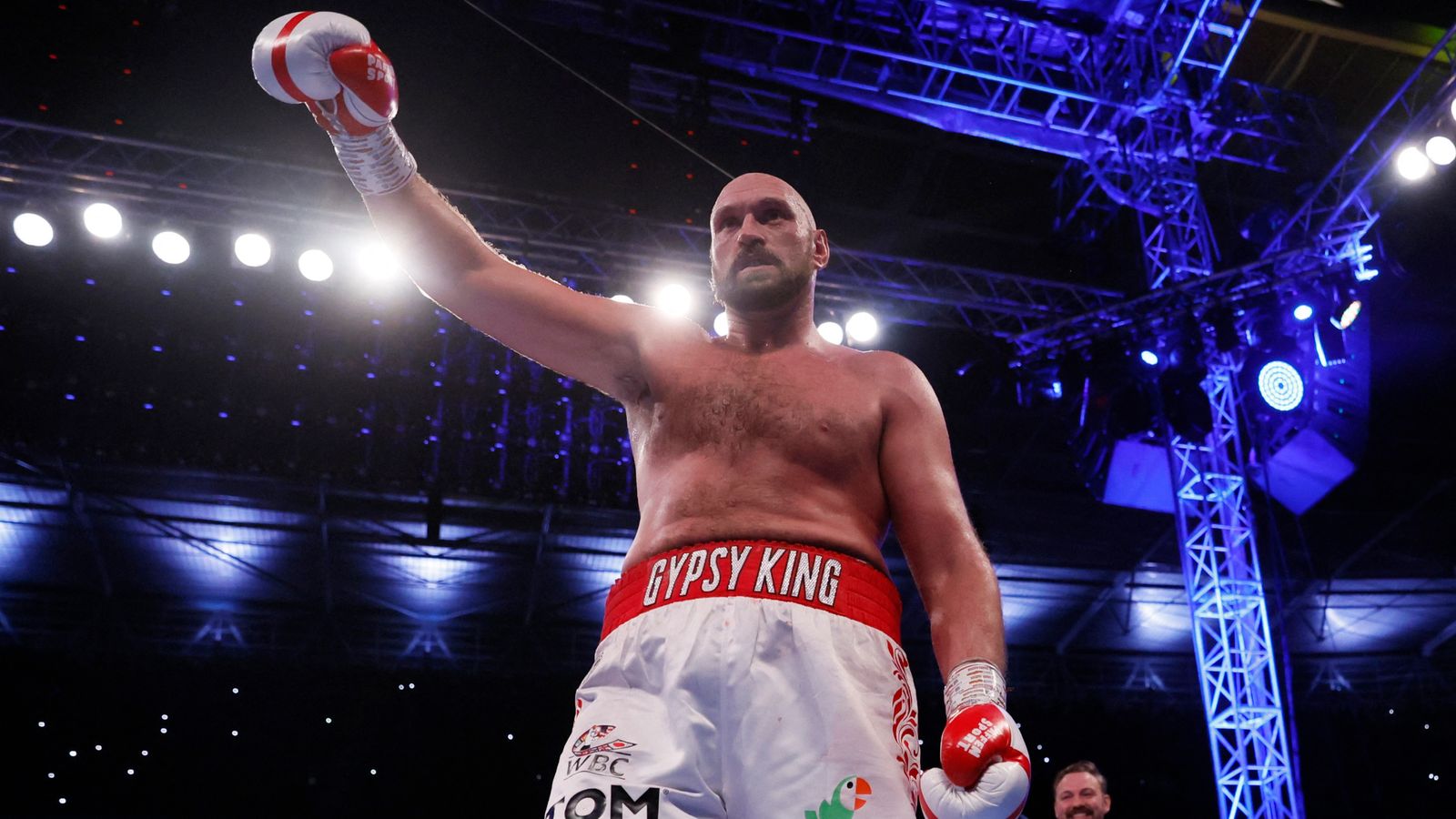 Tyson Fury could return to the ring for a title unification bout, his wife Paris has said.

The Gypsy King sensationally knocked out Dillian Whyte in the sixth round to retain his WBC heavyweight title in front of a sell-out crowd at Wembley.

He has now taken his pro record to 32 wins and a draw from 33 fights.

He said after the fight he would be sticking to a retirement promise he made to his wife: “I am a man of my word. This might be the final curtain for The Gypsy King and what a way to go out!” 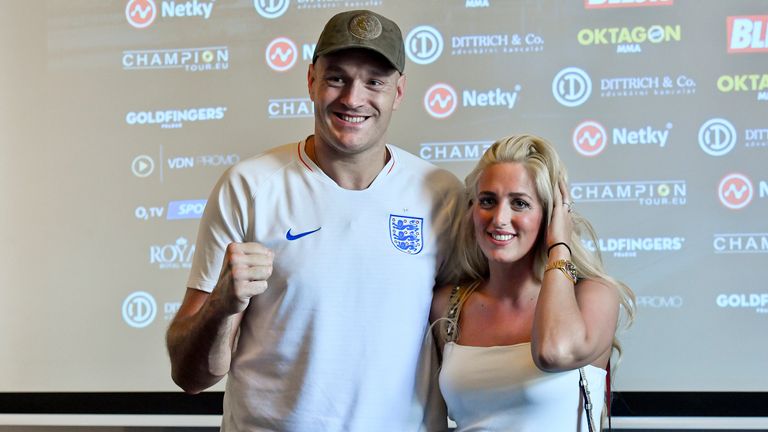 But, Paris later said the 33-year-old might return for an undisputed world title fight against the winner of Anthony Joshua’s rematch with Oleksandr Usyk.

“I would like him to come out now. He has nothing more to prove,” Paris told BT Sport. “If he had anything left to do, I would say ‘Yeah Tyson, you do it’. But he has nothing to prove.

“So unless he really wants to box on, and if he’s just doing for whatever money, fame, he doesn’t need that. He’s the most famous man on the planet tonight.

“For Tyson to keep boxing, it just seems for one reason and I know in my heart, I think the only reason that Tyson will come back is for the unification fight.”

Tyson also praised his competitor after the fight: “Dillian Whyte is a warrior and I believe he will be world champion. 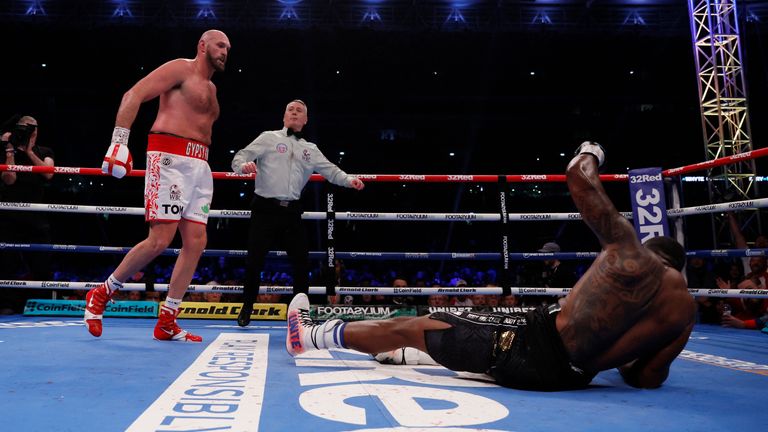 Image: Dillian Whyte was floored by a stunning uppercut with a second to go in the sixth round

“He is as strong as a bull and has the heart of a lion but he is messing with the best man on the planet.”

Fury, possessing a considerable height and reach advantage, fought most of the fight on the outside.

He controlled the distance with his jab and punished Whyte with lead hooks as the challenger tried to close the distance.

Whyte was floored by a stunning uppercut with a second to go in the sixth round. He staggered to his feet but was badly dazed and the referee rightly ended proceedings. 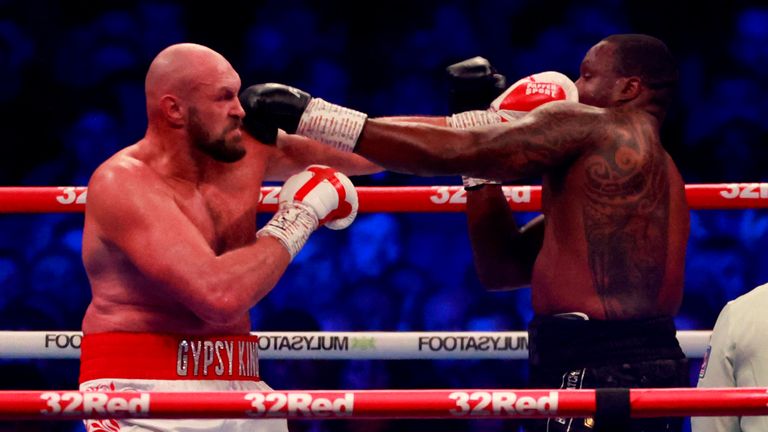 Image: Fury, possessing a considerable height and reach advantage, fought most of the fight on the outside

Some 94,000 people were in attendance for Fury’s first fight on British soil since August 2018.

Fury – who wore gloves inspired by England’s flag to mark St George’s Day – said: “I cannot believe that my 94,000 countrymen and women come here tonight to see me perform.

“I just want to say, from the bottom of my heart, thank you so much to every single person who bought a ticket here tonight, or stayed up late to watch on TV.”

Promoter Frank Warren is among those who support the 33-year-old’s decision to call it quits.