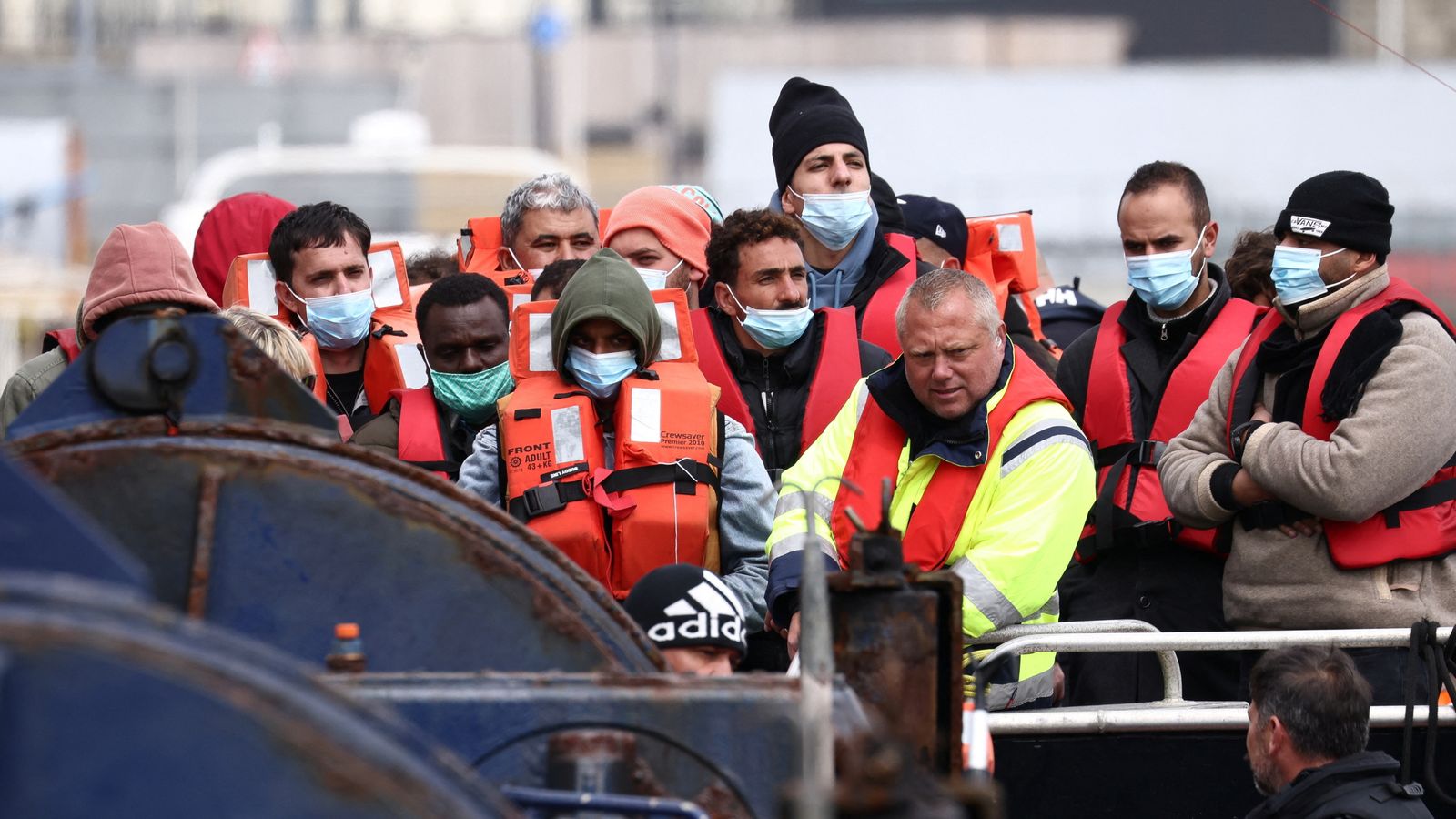 More than 200 people arrived in Dover on Sunday after an apparent 11-day pause in Channel crossings, it has been reported.

The figure takes this year’s total for small boat crossings to at least 6,693 according to the PA news agency – more than three times the count of 2,004 at this time last year, and over six times the figure of 1,006 for the same period in 2020.

More than 28,000 migrants were detected making the perilous journey from France to the UK last year – 37 of whom drowned, according to the International Organisation for Migration – and a forecast has suggested the figure will almost double to nearly 60,000 by the end of 2022.

The Ministry of Defence took control of migrant operations in April but would not comment on the specific number of arrivals on Sunday. Official figures will be confirmed on Monday.

It was handed the responsibility when the government announced controversial plans to send some of the individuals making the journey to Rwanda.

Earlier this year Sky News revealed the Home Office was being investigated over the cases of approximately 850 individuals to see if the department broke privacy laws by unlawfully seizing their phones and extracting data from them.

Sunday’s arrivals in Dover followed what appears to be an 11-day break in crossings amid reports of strong winds and choppy seas.

Read more:
Why are migrants being sent to Rwanda and how will it work?

Such breaks are not unusual and usually coincide with bad weather making the crossings ever more dangerous than they are normally.

Two longer gaps without crossings were recorded earlier this year before the Rwanda deal was announced, PA reported. 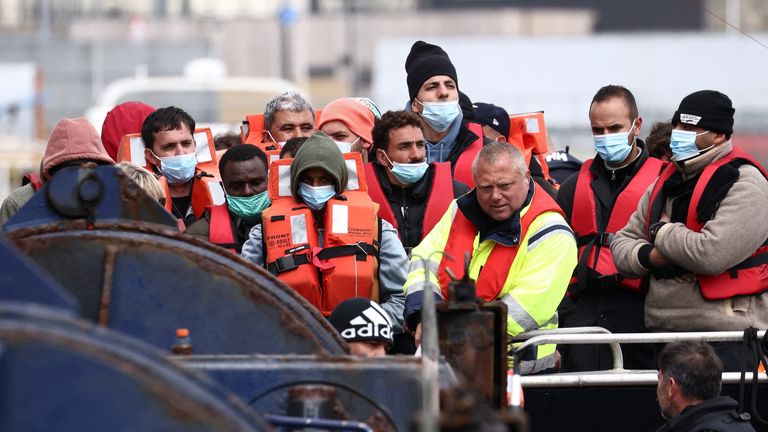 Image: Migrants were escorted on Sunday in a Border Force vessel after being rescued while crossing the Channel. Pic: Reuters

A government spokesperson said: “The rise in dangerous Channel crossings is unacceptable.

“Not only are they an overt abuse of our immigration laws but they also impact on the UK taxpayer, risk lives and our ability to help refugees come to the UK via safe and legal routes.”

It follows the government’s new Nationality and Borders Bill becoming law last Thursday, allowing Home Secretary Priti Patel to pursue what she described as a “world-first” agreement with Rwanda.

The deal means the east African nation can receive asylum seekers deemed by the UK to be inadmissible as they arrived “illegally” under new immigration rules, although these rules are already facing legal challenges.

The former home secretary and prime minister Theresa May was among those who criticised the plans on the grounds of “legality, practicality and efficacy”, telling MPs she feared it could split up families and increase the trafficking of women and children.