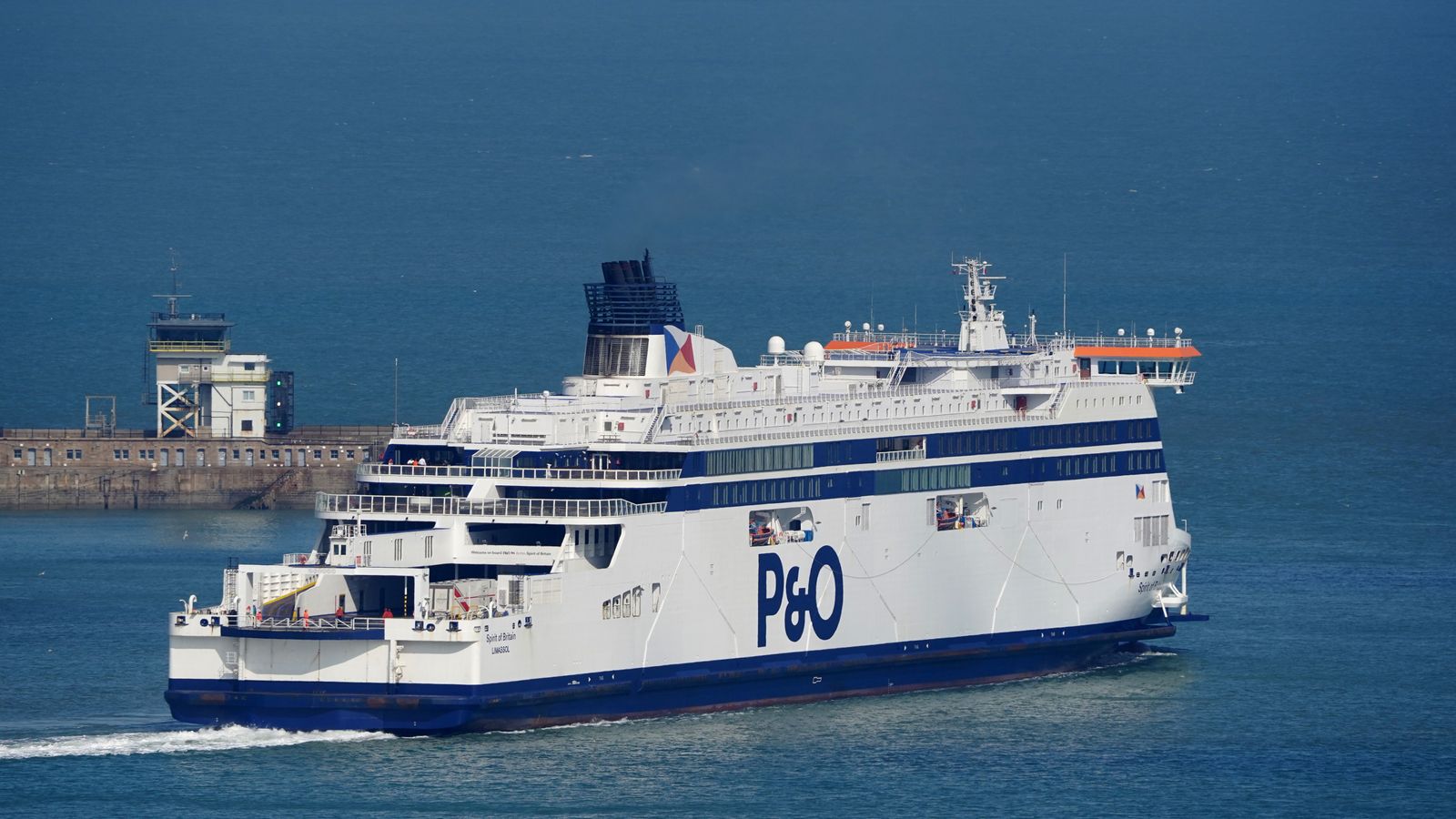 P&O Ferries is restarting cross-Channel sailings for tourists for the first time since its controversial sacking of almost 800 workers.

The company said earlier that its ship Spirit of Britain would leave Dover for Calais at 4.05pm today.

Those travelling on the initial sailings booked their tickets previously. The first available trip for anyone booking now is on Saturday.

Freight-only sailings on the popular route resumed a week earlier, on 26 April.

Spirit of Britain was cleared to sail on 22 April after being detained 11 days earlier over 23 failures found by Maritime and Coastguard Agency (MCA) inspectors. 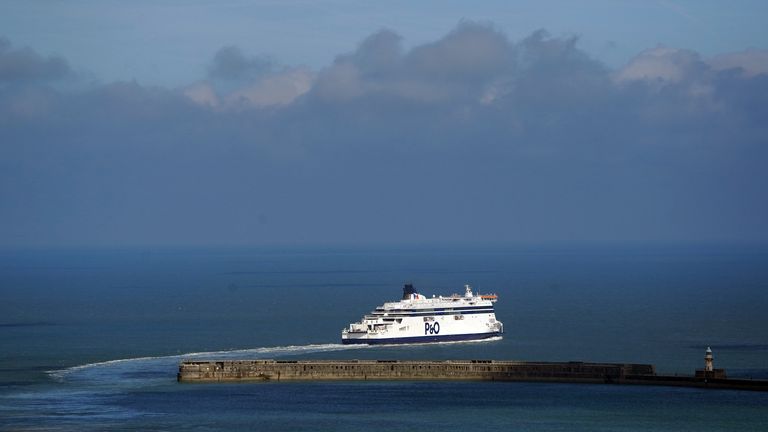 Image: The Spirit of Britain is seen leaving the Port of Dover in Kent

Three other cross-Channel ferries operated by the firm remain out of action.

Pride of Kent remains detained but is currently undergoing a fresh Maritime and Coastguard Agency inspection.

Pride of Canterbury and Spirit of France, which have not been fully examined, are also unavailable.

Passenger services have already resumed on the company’s three other UK routes – between Liverpool and Dublin, Cairnryan and Larne, and Hull and Rotterdam.

P&O Ferries suspended most of its operations after firing 786 crew members and replacing them with cheaper agency staff on 17 March.

A couple dismissed after 31 years of combined service described how they were marched off a ship “like criminals”. UK ranked fourth for having most overweight and obese adults in Europe, according to WHO study