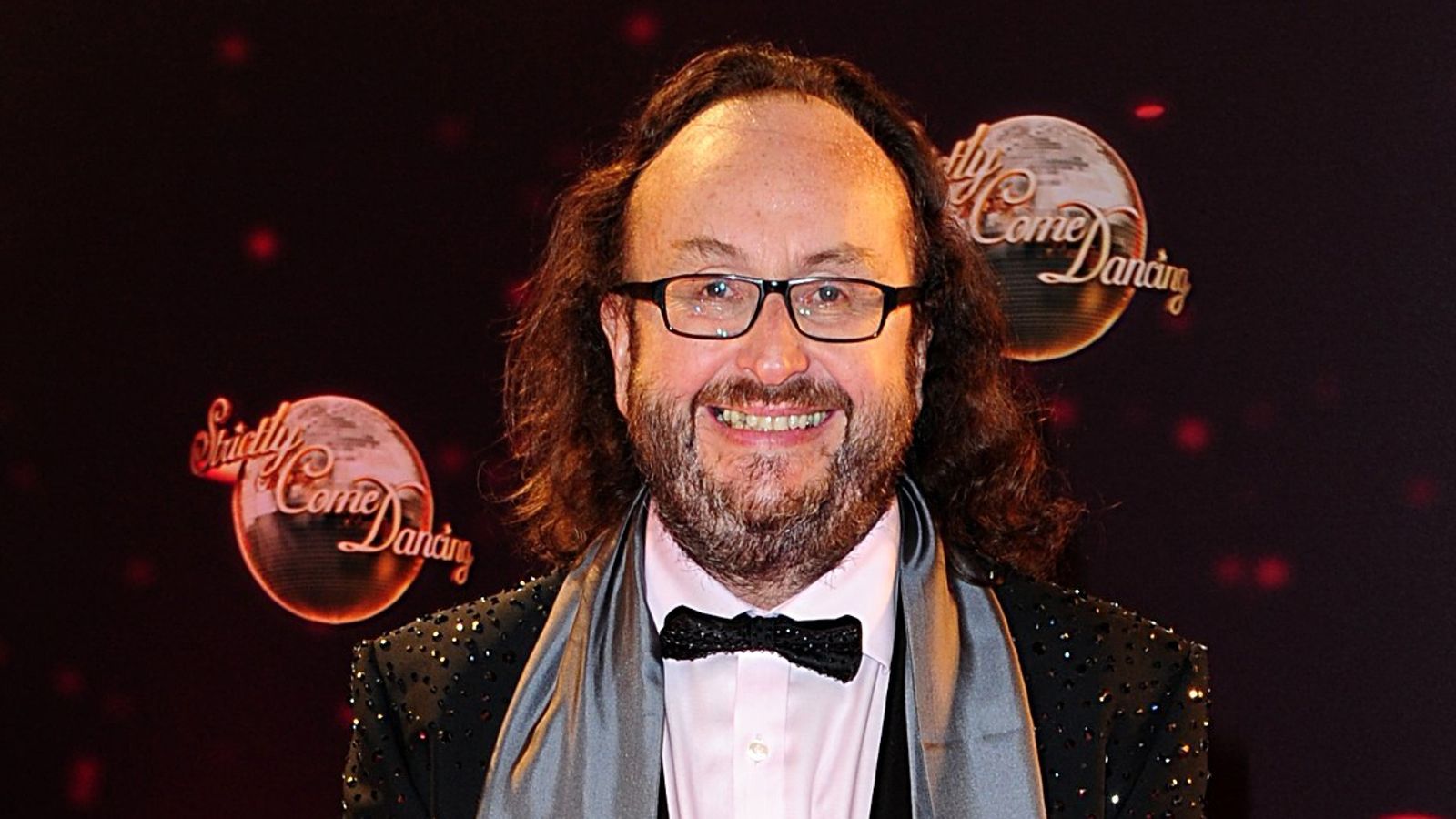 Dave Myers, known for being one half of the Hairy Bikers, has revealed he has cancer.

The 64-year-old TV chef said he’s undergoing chemotherapy and might be a “baldy biker” for a while.

Myers has starred in numerous cookery shows over the years, alongside friend and fellow Hairy Biker Si King, with the pair frequently merging their passion for motorbiking with their love of food. 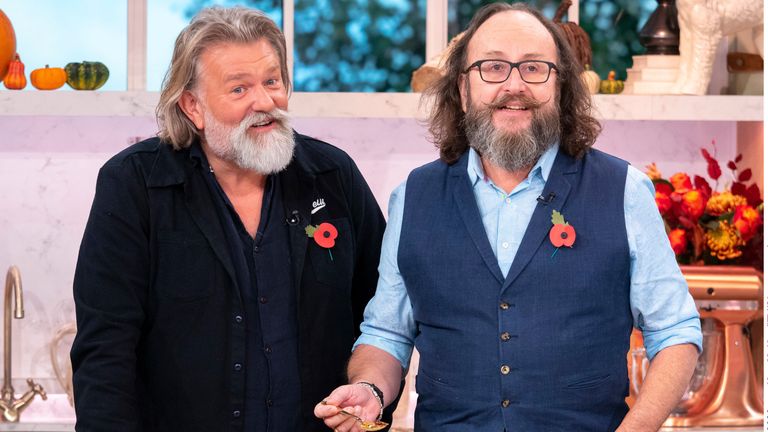 Image: Dave Myers (R) and Si King (L) found fame as TV chefs the Hairy Bikers, travelling the UK on their motorbikes in a search for good food

He revealed his diagnosis on the Hairy Bikers – Agony Uncles podcast, speaking openly with King, 55, about how it was affecting his life.

He continued by asking listeners to respect his privacy while he undergoes treatment, saying: “I have had to speak up about this because I don’t want to hide under a rock, but I would love it if people respected my privacy and just let me get on with it and give Si and our team all the support they need, that would be great. But look, the prognosis is OK, I’m going to be fine.”

He went on: “I’ve just got to tuck in, look after myself, eat sensibly and get over this mess, flog books, and be a happy person so, within that, that’s where I am.

“I may be a baldy biker for a while so it’s just a warning, I don’t want to make a fuss about it, I look alright bald actually.” 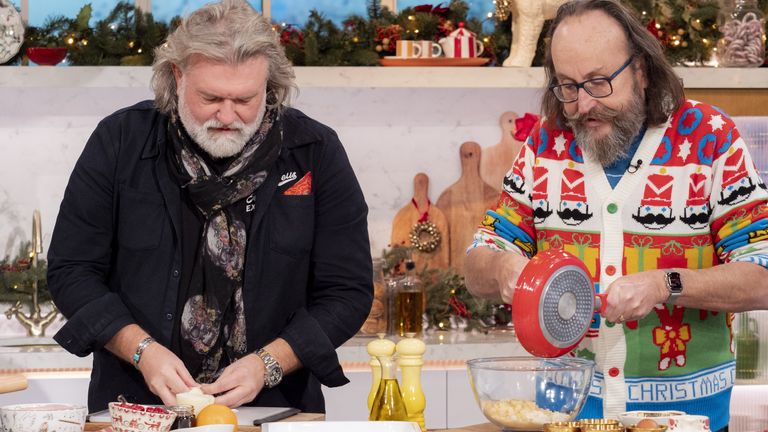 Image: They met in the 1995, and after becoming friends came up with the idea of the Hairy Bikers

Myers did not reveal the type of cancer he is suffering from.

In response to the news, King said: “No, listen, when I first met you, dude, you looked like an upside-down Hells Angel so I like that look, I’ve always liked that look, you look cool.” 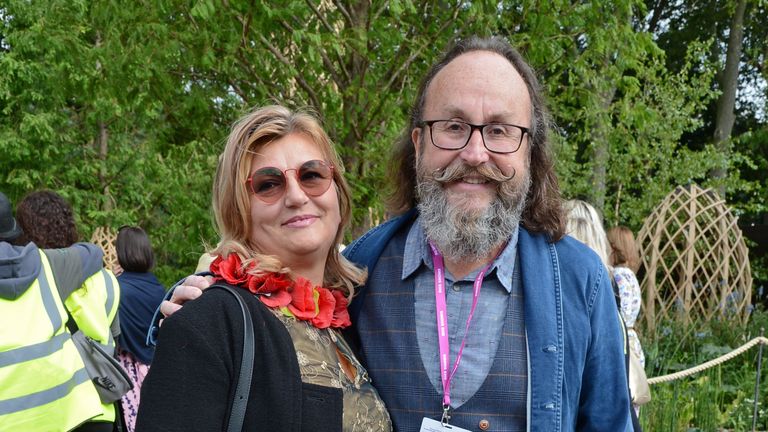 Image: Myers (R) with his wife Liliana Orzac (L) at the Chelsea Flower Show in September 2021

Myers replied: “Yeah, I know, and under different circumstances I would embrace it more, I feel, but under these circumstances it’s simply something I have to live with. Get on with it and crack on.”

Myers has suffered from previous ill health, including glaucoma – an eye condition that can lead to blindness – and he contracted COVID last year, which King said “hit him hard”. 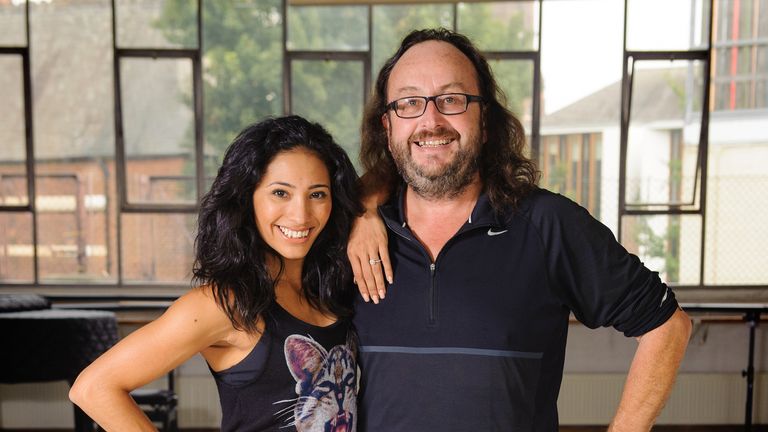 Image: Myers made it to episode seven of Strictly Come Dancing in 2013 with professional dancer Karen Hauer

King too has had issues with his health, and has spoken openly about a brain aneurysm he suffered in 2014, after which he lost a considerable amount of weight.

Myers and King met in 1995 when both working in TV production – Myers as a make-up artist specialising in prosthetics, and King as a location manager.

After finding fame through the Hairy Bikers and jumping from behind the scenes to front of camera, they published numerous books and launched their own diet club.

Myers appeared on Strictly Come Dancing in 2013 – dancing with professional Karen Hauer, leaving the show on the seventh episode.