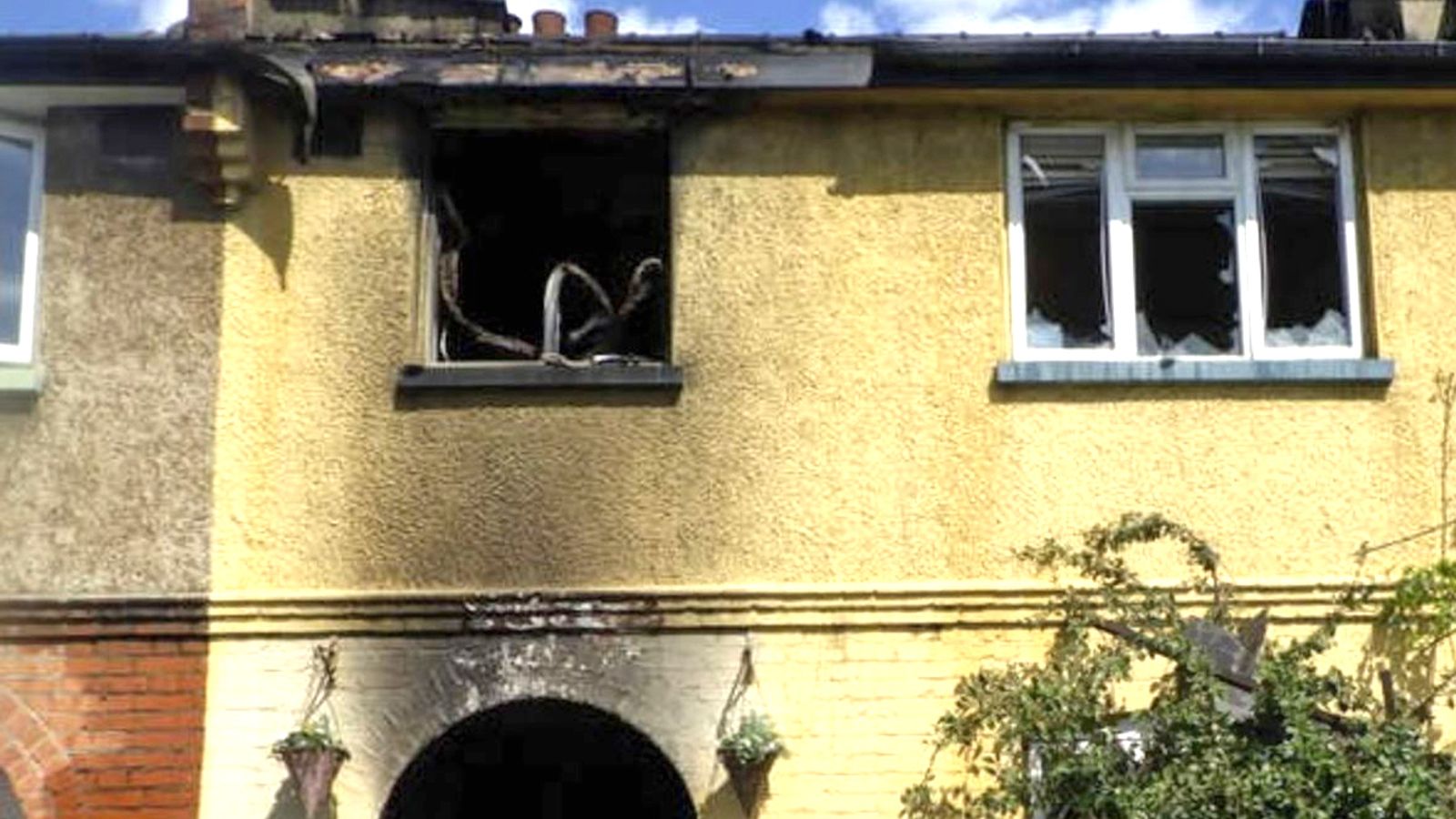 A blaze broke out at a property in London after a man burned timber on an open fire in his living room to heat his home.

Investigators said the cause of the inferno had been determined as “involving an open fire being used instead of gas central heating”, with combustible items believed to have been left too close to the flames.

The service now fears the rise in energy bills could lead to an increase in fires as people resort to alternative means to heat their homes.

Fire crews were called to the scene of the blaze in New Malden shortly after 8.30am on 26 April after flames spread through the home. The fire was under control by 10.30am, but the house suffered “significant damage”.

Three people were treated at the scene, with one man taken to hospital as a priority.

A witness said they saw the man trying to put out the fire with an extinguisher, while a policeman, who happened to be passing by, knocked on windows of the property next door to make sure residents got out.

One neighbour, who declined to give her name, said: “You could not see [anything] as the smoke was so thick. It was just unbelievable.

“I shut all my windows and whenever I opened the door to let someone in, some smoke came into the hallway.”

Deputy assistant commissioner for fire safety Charlie Pugsley said: “We know this is a difficult time and people are thinking about ways to reduce their energy bills, but we’re really concerned that they may be putting lives at risk by doing so.

“If you do have a log burner or an open fire, follow our advice carefully. Almost 30% of fires involving log burners, heaters and traditional open fires are caused by items being placed too close to a heat source. Always use a fire guard and keep anything that could catch alight well away, such as logs and kindling which could be ignited by radiating heat.

“Please don’t take the risk by using treated wood on fires. Not only can they produce toxic fumes, but they are also more likely to spit embers when burnt, which could set alight to nearby objects.”

“One in four UK households are now in fuel poverty, which means millions are facing impossible choices because of their high energy bills,” he said.

“Some are choosing between heating and eating, others are self disconnecting completely and some are even starting open fires.

“These aren’t coping strategies. It’s people who feel they have no safe choice to make. Sadly, it will only become more common as the impact of the price rises and the reality of next winter hits home.

A government spokesperson said: “We recognise the pressures people are facing with the cost of living, which is why we have set out a £22bn package of support, including rebates and energy bill reductions.”

Cost of living: More than one in seven UK households ‘skipping meals’

Cost of living: ScottishPower boss warns of another £900 increase in bills and calls for action ‘now’