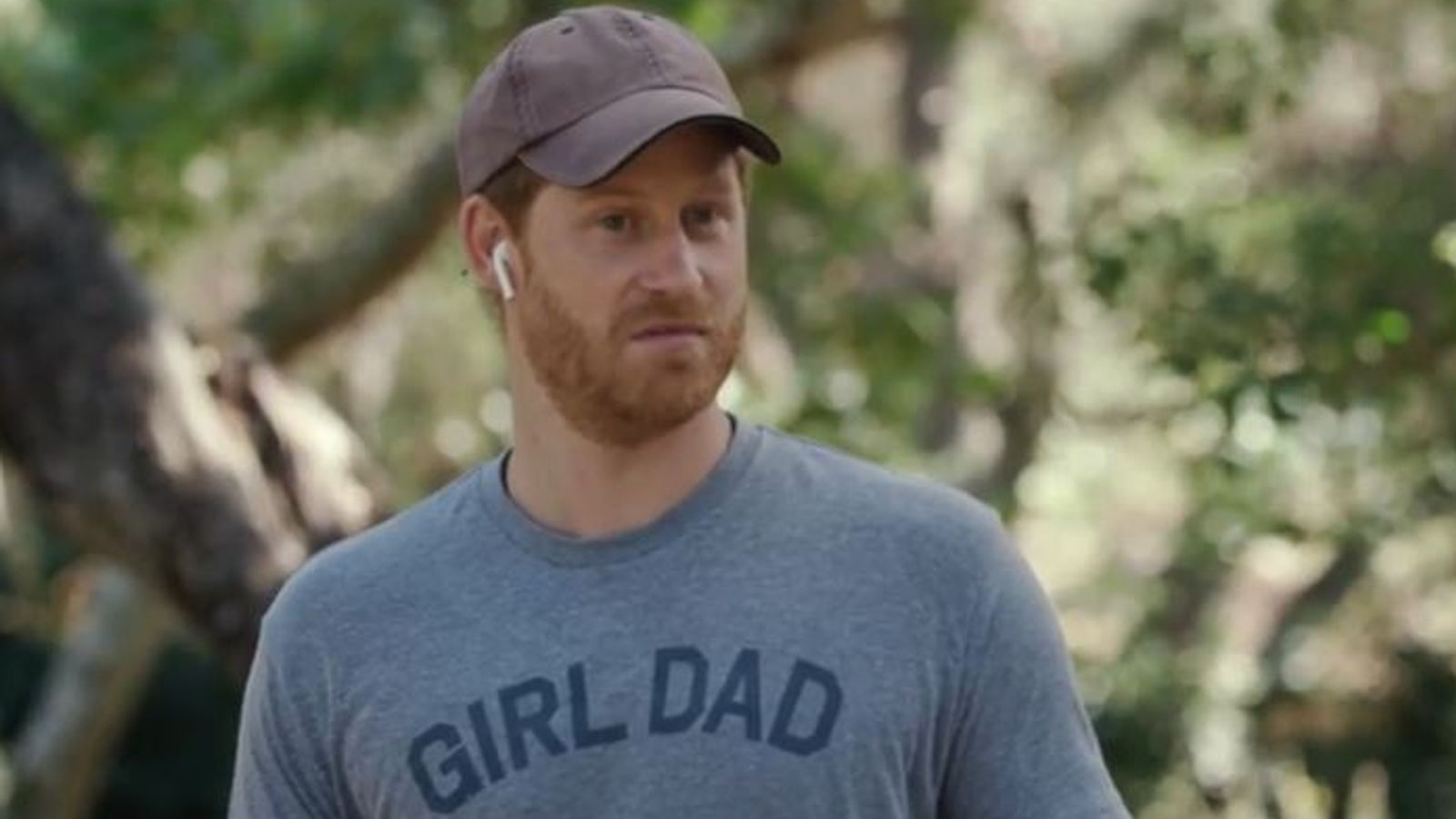 Prince Harry has taken part in a TV skit to promote his new eco-travel campaign, which encourages people to travel sustainably.

The Duke of Sussex announced the campaign on a New Zealand TV station, and it is part of his eco-travel non-profit organisation Travalyst, which the royal founded in September 2019.

He took part in a pre-recorded skit with actors Rhys Darby and Dave Fane, in which he was given a positive rating by New Zealand for turning off the tap while brushing his teeth, but had points deducted for dropping litter on the beach.

Harry, who is dressed in a grey t-shirt bearing the words GIRL DAD, jogging bottoms and a cap, and wearing wireless earbuds, is ambushed by a “rating agent” who claims the duke left a lolly wrapper behind during his official tour with the Duchess of Sussex in 2018.

Harry is at first given three stars out of five, and then three and a half – as stamps on his arm – for only using one towel and for buying local honey.

Prince Harry told Te Ao Maori News: “For our campaign, we are encouraging people to flip the script. We are always being asked for our feedback on our trips and experiences, but what would happen if our holiday rated us?

“It’s an important question to ask, and we want all of you to help us answer it.”

The Travalyst website contains a survey to “find out how your holiday would rate you” and tips encouraging people to travel sustainably – including by shopping local, looking after nature and wildlife, and staying at sustainable accommodation.

He said the campaign was inspired by Maori culture, to which he feels a “deep connection”.

“The Maori culture inherently understands sustainable practices and taking better care of our life-giving land, which are critical lessons we can all learn,” he said.

Read more:
Hopes zero carbon emission flights could be on the horizon
Britons becoming more climate conscious, according to Google

Travalyst already works with travel brands including Google and Skyscanner to display emissions data, allowing people to choose flights that will have less of an impact on the environment.

Te Ao with Moana presenter Moana Maniapoto said she thought it was a “scam” when she was first contacted by the prince’s representatives to have him on the show.

“I thought it was a scammer, truly, but no, it all checked out,” Ms Maniapoto said. “Prince Harry wanted the worldwide launch out of Aotearoa and on this programme.”

BAFTA TV Awards 2022: The full list of winners from this year’s glitzy ceremony