Residents and businesses are being encouraged to join a clear up in ‘Bentilee and Ubberley’ to make the area look nicer.

Stoke-on-Trent City Council has sent a team of staff to the neighbourhood yesterday and today, with road and pavement sweepers, gulley suckers, bin wagon, litter picking, fly-tipping and grass cutting teams all working together in the area.

Councillor Carl Edwards, cabinet member for housing and environment, said: “This is another one of our popular action days where we ‘hit’ a particular area with a team of staff from various services.

The message from these ‘Hit Days’ is to work together to take pride in the city and help make it look its best at all times. A serious message from the day will see the fly-tipping team carry out enforcement action and issue fines.

Staffordshire Fire and Rescue are reminding residents to ensure they leave cooking appliances clear after two separate fires were caused in Staffordshire on Sunday, both due to objects being left on the hob. 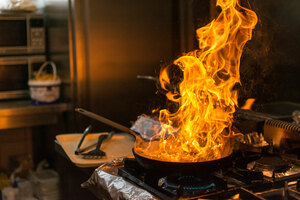 Three new partnership campaigns have launched this week, to raise awareness of issues such as harassment, spiking and violence against women and girls, aiming to make Stoke-on-Trent and Staffordshire safer places for everyone.

The Stoke-on-Trent and Staffordshire Violence Reduction Alliance campaigns are part of a wider £850,000 investment by the Staffordshire Commissioner’s Office to reduce violence more broadly, using funding secured from the government’s Safer Streets Fund and Safety of Women at Night Fund.

The ‘Make No Excuses’ campaign focuses on the harassment of women in public places, using a thought-provoking video which highlights the harm caused by unwanted behaviours.

The ‘Safer Nights’ campaign aims to make nights out in Stoke-on-Trent and Staffordshire safer for all, but for women in particular. Tactics include raising awareness and informing the public about the support networks and safe zones available to them in the night-time economy.

The final campaign, ‘Unite’, aims to unite communities against harassment by highlighting the role we can all play in challenging unwelcome and inappropriate behaviours.

Although the new campaigns focus specifically on violence against women and girls, they form part of a wider preventative approach to reducing violence more broadly.

Over £2m already secured through Safer Streets rounds 1, 2 and 3, with round 3 seeing £550,000 allocated to improving the safety of women and girls in Stoke-on-Trent

For further information on the three campaigns, visit: https://violencereductionalliance.co.uk/category/campaigns/ 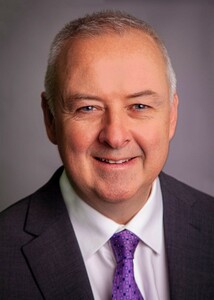 Queen’s Speech: From protesters to a new football regulator

Queen’s Speech: PM vows to ‘ease cost of living’ as Prince of Wales reads government’s legislative agenda for year ahead