EA Sports has announced that FIFA 23 will be the very last in its long-running series of football video games – to be replaced by a new franchise called EA Sports FC.

The company previously said it was reviewing its licensing agreement with the international governing body for football, but that it would in any case retain its league, player, and stadium naming rights, which are separate from the agreement with FIFA.

In an announcement on Tuesday, the company said it would be releasing one more game with FIFA as its current naming rights partner.

Then the new series will be launching in summer 2023, it said. 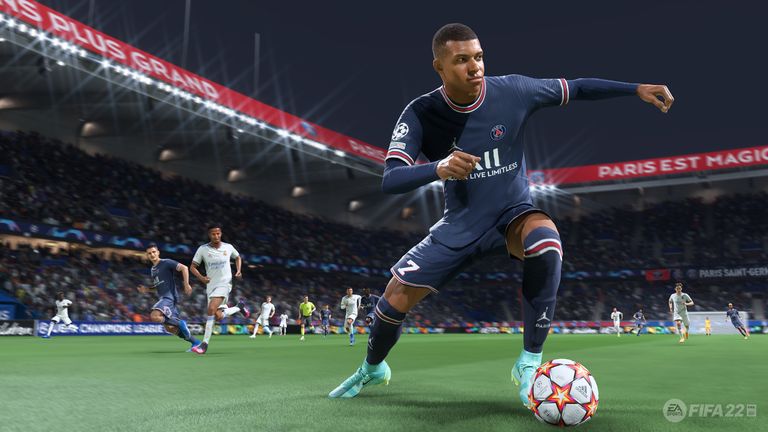 The company added that FIFA 23 would be its “most expansive game ever […] with more features, game modes, World Cup content, clubs, leagues, competitions, and players than any FIFA title before”.

It added: “Our unique licensing portfolio of more than 19,000+ players, 700+ teams, 100+ stadiums and 30 leagues that we’ve continued to invest in for decades will still be there, uniquely in EA Sports FC.

“That includes exclusive partnerships with the Premier League, La Liga, Bundesliga, Serie A, the MLS – and more to come.”

The company said its new “independent platform” would offer it an opportunity to “innovate, create and evolve” although it hasn’t yet set out how the game will change.

It stressed “the same great experiences, modes, leagues, tournaments, clubs and athletes will be there” including “Ultimate Team, Career Mode, Pro Clubs and VOLTA Football”.

Sheku Bayoh: ‘We want the truth’, says family of man who died in police custody as public inquiry launched

Sir Keir Starmer: Labour confident it can prove leader’s innocence after vow to resign if fined over ‘beergate’