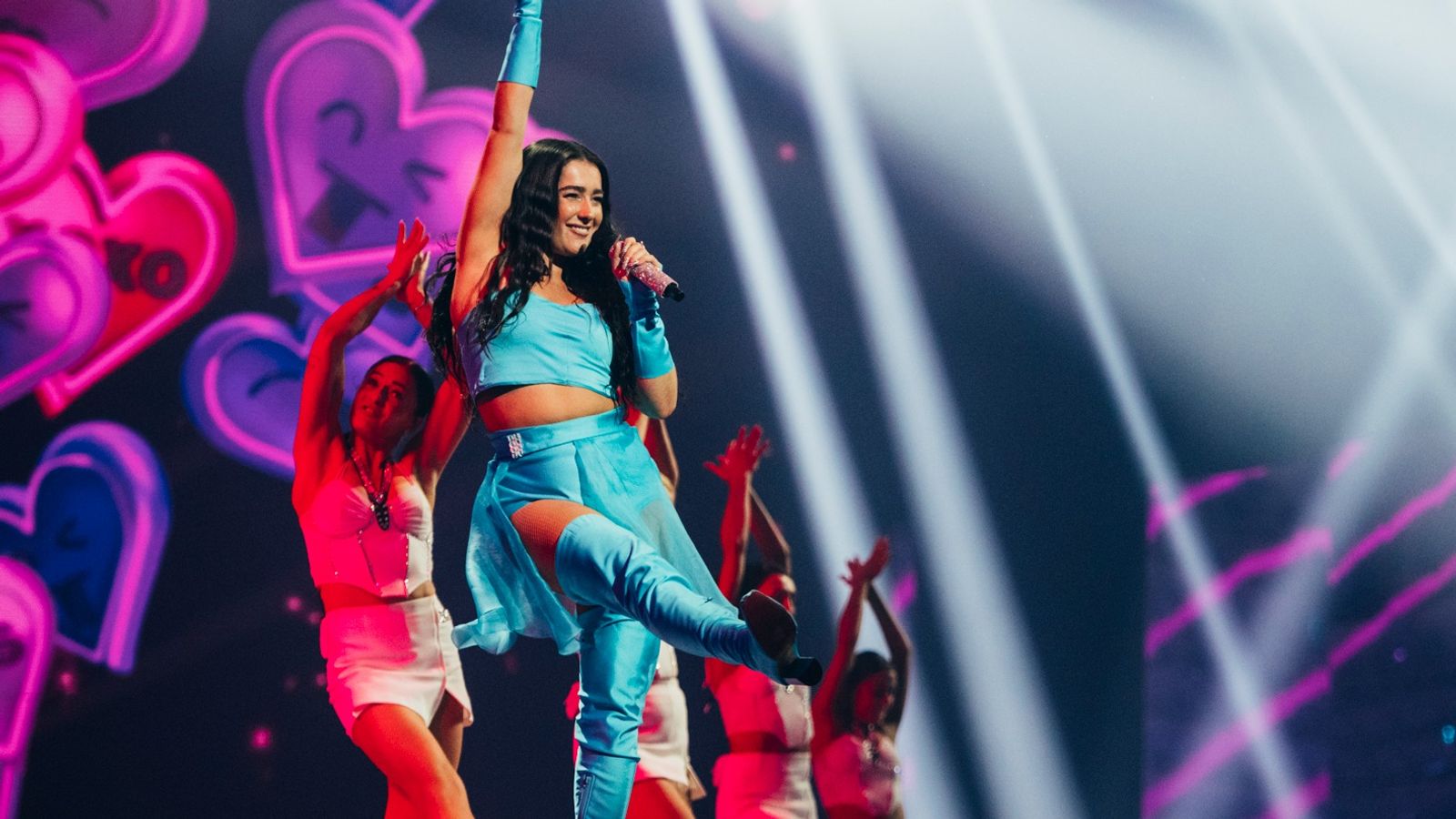 Ireland has failed to make it through to the Eurovision grand final.

Brooke Scullion had been hoping to change Ireland’s recent fortunes in the contest but a performance of pop break-up track That’s Rich did not make the cut.

The country has competed 54 times, triumphing on a record seven occasions, but has not won since 1996 with Eimear Quinn’s The Voice.

Despite receiving a rapturous applause after her energetic performance, Scullion – who wore a co-ordinated blue outfit as she opened her performance lying on a pink heart on the stage – failed to win over the international audience.

The 23-year-old singer previously came third on The Voice UK in 2020 with the help of mentor singer Meghan Trainor.

BBC Three commentators Scott Mills and Rylan Clark shared their commiserations with Ireland, with Clark saying: “I must say this as well, gutted for Ireland. But I know Brooke is just going to go out and have a really good night tonight.”

Those who were successful in securing a place in Saturday’s grand final include the Czech Republic’s entrant We Are Domi, with their performance of Lights Off.

The electropop trio met while studying at Leeds College of Music and made it into the top 10 with a strobe-fuelled show.

In classic Eurovision style, the second semi-final featured a number of quirky performances including Serbia’s Konstrakta – who won over the audience with her peculiar song about Meghan Markle, securing herself a place in the top 10. 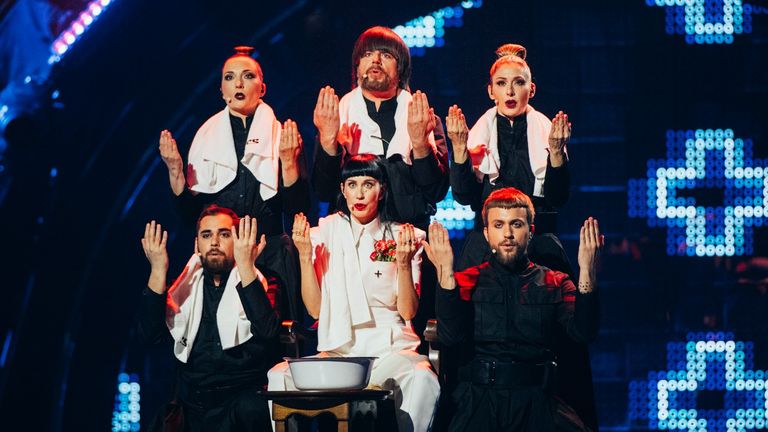 Sweden also achieved a spot in the final, with Cornelia Jakobs who spent the majority of her performance on the floor illuminated by a colour-changing circle.

Despite Australia’s representative Sheldon Riley’s diamante face covering helping him to win a place in the final, unique looks did not help Georgia’s Circus Mircus – who failed secure a top-10 place with their extravagant facial hair and accessories.

San Marino’s Achille Lauro, who ended his performance on a bucking bronco after taking to the stage in a black feather bower and cowboy hat, also missed out on a place in the final. 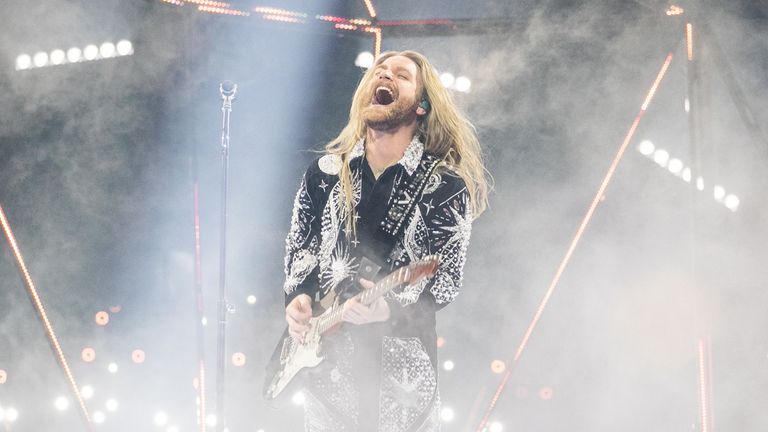 Finland had more luck with securing a top 10 spot as their representative, rock group The Rasmus, entertained audiences after opening the second semi-final with their song Jezebel.

Romania, Belgium, Azerbaijan, Poland, and Estonia are all also confirmed to compete in the final after acts from 18 countries took to the stage in Turin, Italy.

The 10 successful countries will join the 10 who also secured places during the first semi-final round on Tuesday.

The Eurovision Song Contest Grand Final will take place on Saturday where the 20 successful countries will compete to be crowned the winner.

The UK is among the Big Five countries – also including Spain, Germany, France and Italy – who do not have to qualify from the semi-final stage and gain automatic access to the final.

The 32-year-old TikTok star Sam Ryder will represent the UK on Saturday with his pop song Space Man.