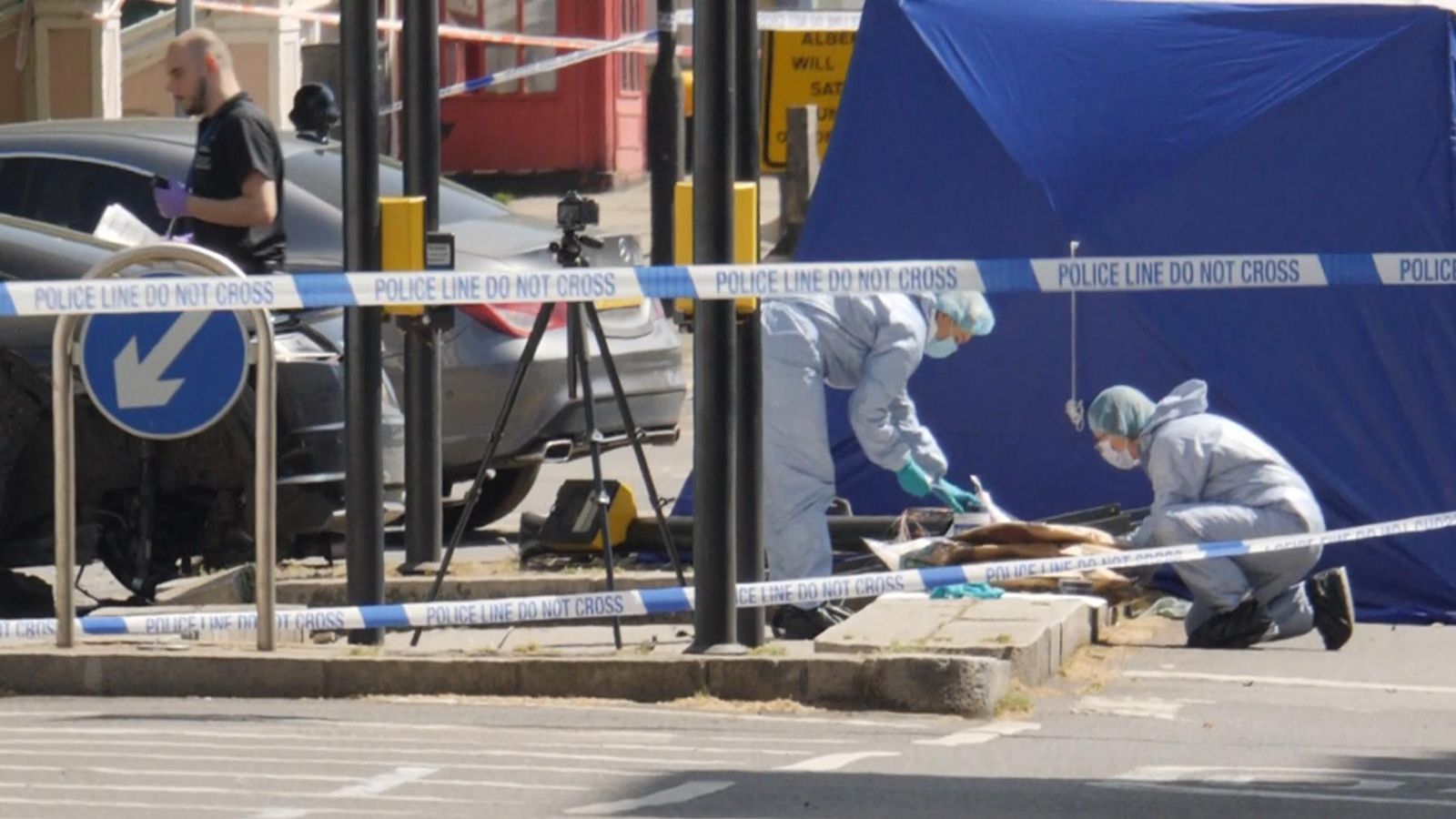 Police are appealing for witnesses after a woman and her three dogs were hit by a car and killed in London.

Emergency services were called to the scene on Cheyne Walk in Chelsea shortly after 6am on Saturday morning.

Scotland Yard said the 41-year-old woman was found dead at the scene, and all three golden retrievers also died from their injuries.

The woman’s next of kin have been informed and are being supported by specialist officers.

The driver of the car, a 26-year-old man, has been arrested on suspicion of causing death by dangerous driving and taken into custody. 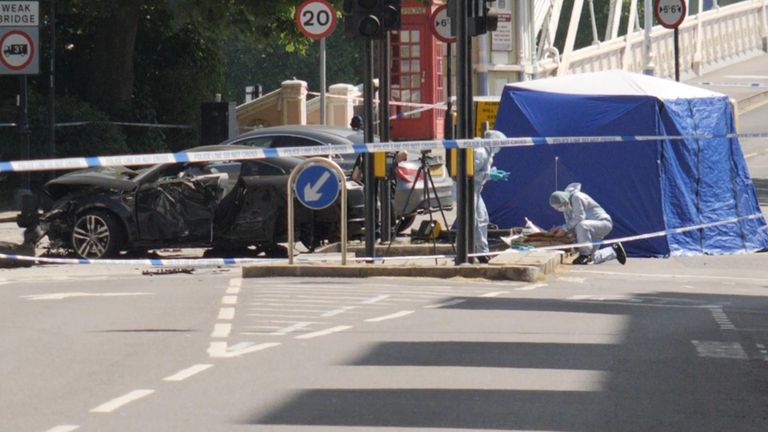 Forensics officers were seen at the junction where Albert Bridge meets Chelsea Embankment and a blue forensic tent was pitched on the debris-strewn road.

Surrounding roads were closed and drivers urged to avoid the area.

Police are asking anyone who may have witnessed the collision, and anyone with dashcam footage, to call them on 101, quoting reference CAD 1500/14May.

Britney Spears loses her ‘miracle baby early in the pregnancy’