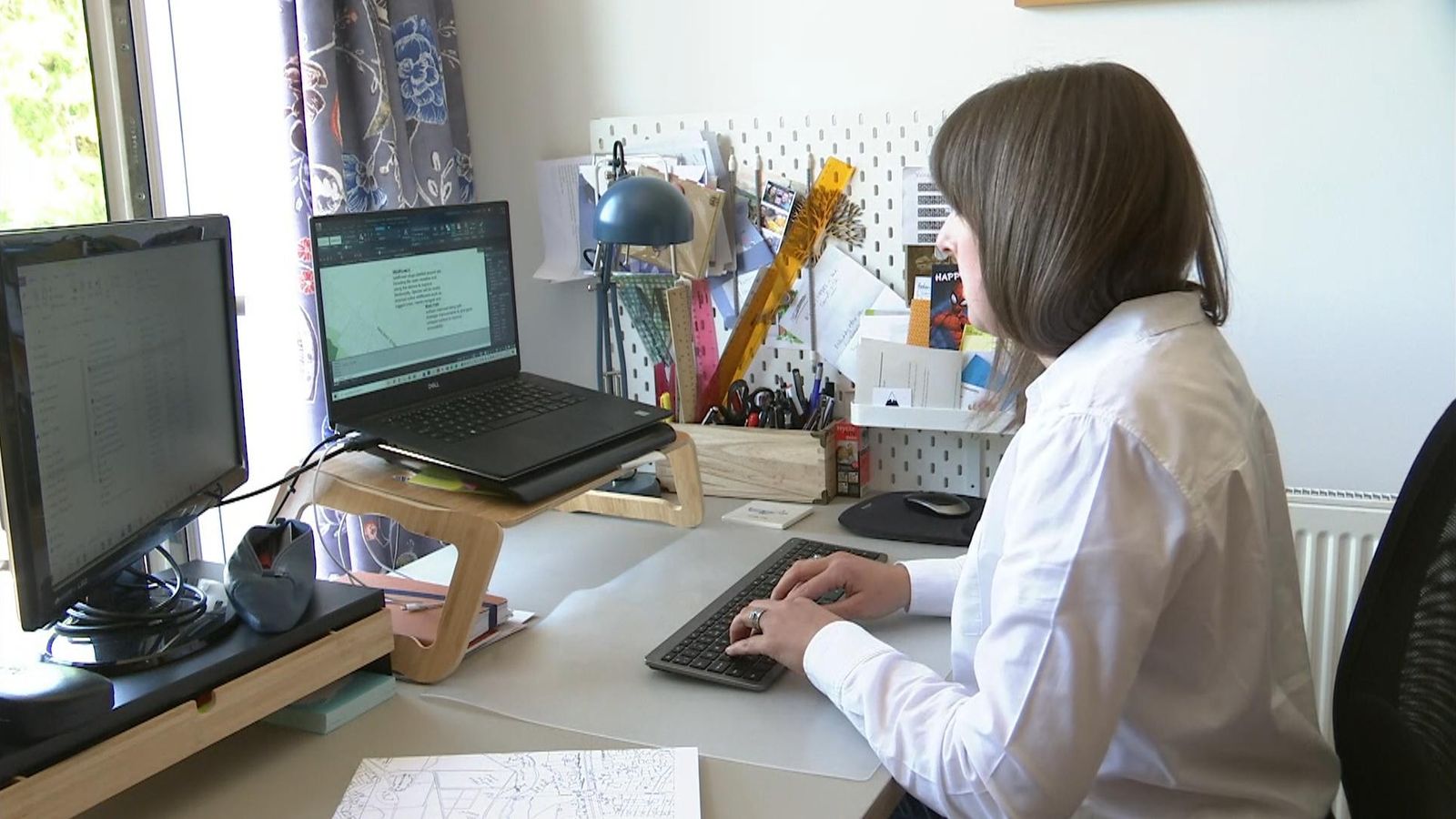 A flick of the kettle, another rummage in the fridge – for Boris Johnson it’s all too tempting when working from home.

In a renewed call, the prime minister wants the country to get back into the office and scrap remote working.

But is his argument to get Britons back to the office valid? And how do people feel who’ve now been accustomed to ‘WFH’ for two years?

Take the mill town of Burnley in Lancashire. It’s actually the second best area in the UK to recruit for work from home jobs, according to data published by Zoom earlier this week.

Since March 2020, the area has seen a 391% increase in the number of jobs which allow people to do remote work and they’re being taken up.

Dave Walker runs +24 Marketing. He’s put in place a hybrid working plan for his staff and he says shifting most of his business to remote work has meant he can attract staff from further afield.

He told Sky News: “Realistically, it comes down to culture and if you’ve got that strong and positive culture in the organisation that you work within, then your team working – wherever they are – will work hard and consistently and they won’t find themselves going to the fridge to eat more cheese.”

Even though many of his staff work from home, Dave feels there is still “value in having an office”.

“We’re flexible and we have team days where everybody is in the office, I think that really helps creativity,” he said.

“The working from home scenario, for us as a business, hasn’t been a great challenge. In fact, we’ve seen a lot of benefits.”

Boris Johnson believes staff are “more productive, more energetic, more full of ideas” when in the workplace with colleagues, he said in an interview with the Daily Mail.

He said: “We need to get back into the habit of getting into the office. There will be lots of people who disagree with me, but I believe people are more productive, more energetic, more full of ideas, when they are surrounded by other people.”

He also believes that it will lift productivity as well as revive town and city centres.

Data however suggests that this may not be the case and working from home is already proving its worth. 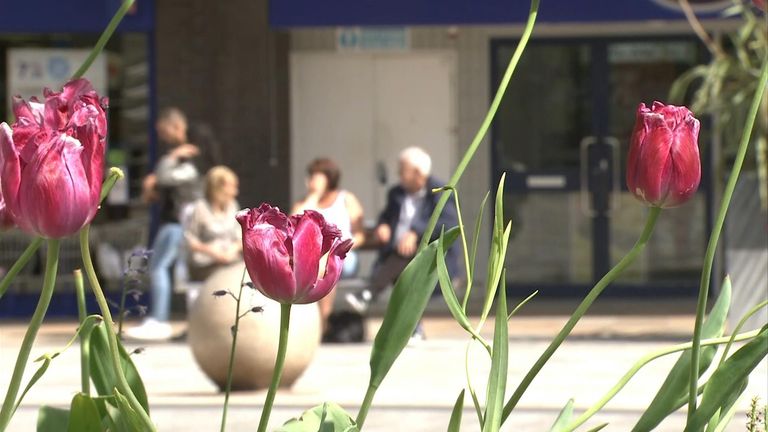 Image: Experts say some towns are being rejuvenated by people working from home

Head of economics at the job search site Indeed, Jack Kennedy, told Sky News: “There’s now more opportunities for people to stay local and work on a hybrid basis. That’s really helping drive the rejuvenation of some areas which were previously commuter towns and didn’t see many high street visitors during the day.

“I don’t think the office is by any means dead, but we think remote work is a trend that’s here to stay.”

Inside Number 10 Downing Street, cheese and coffee may be a distraction for the prime minister when he’s working but landscaper Rachael Gildert, who was forced to set up a home office because of the pandemic, says she doesn’t find herself “gravitating to the fridge” when she’s working.

“I can’t see the need to go back into the office, particularly in terms of productivity and getting things done and being able to fit a home life balance, I much prefer to be at home.”