‘Get back to work’: Boris Johnson tells Northern Ireland politicians to form government and sort out Brexit trade deal 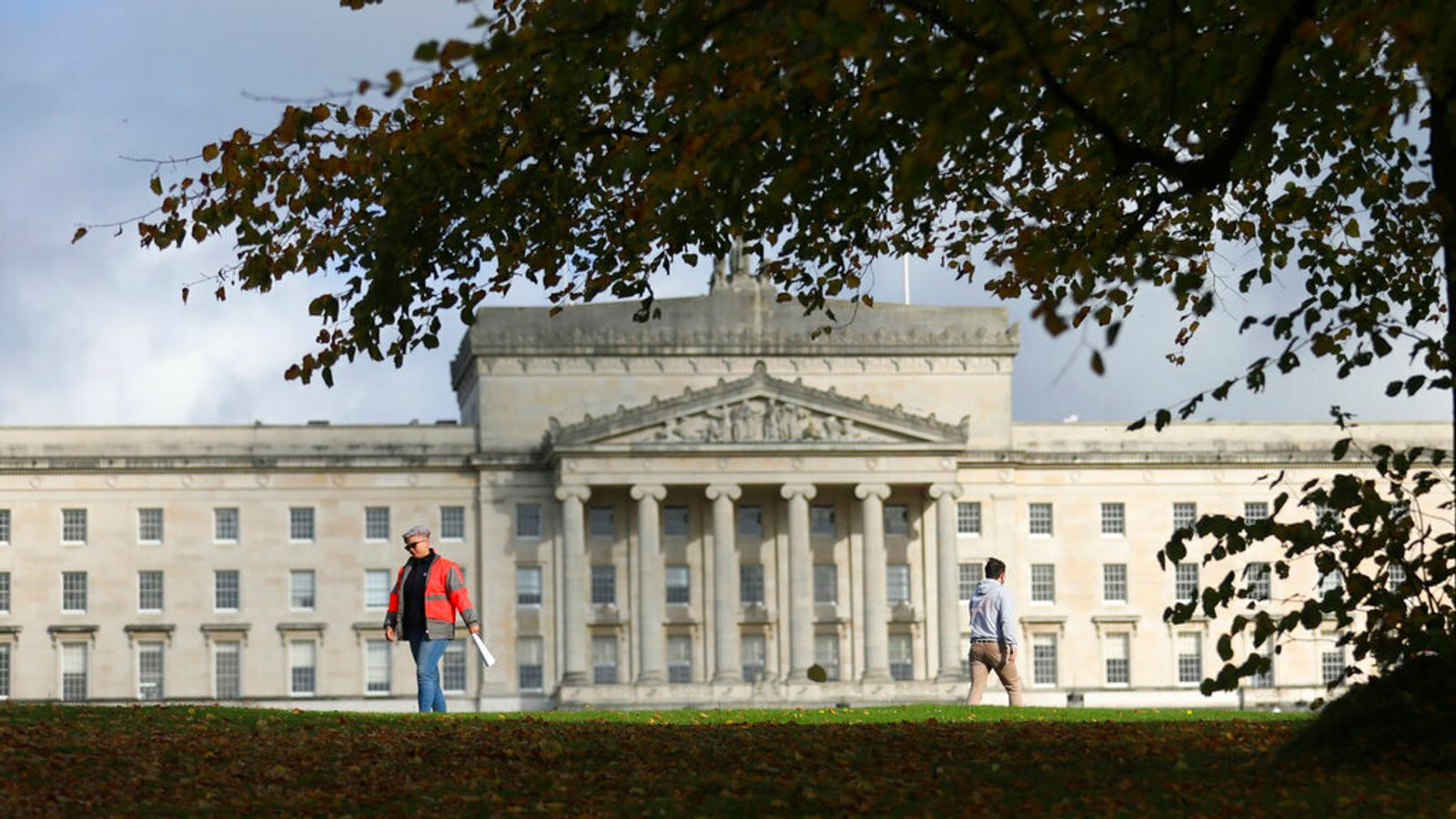 Northern Ireland’s politicians are being told to “get back to work” by Boris Johnson, keen to resolve the deadlock over post-Brexit trade.

The prime minister is due to travel to Belfast on Monday for crisis talks after the DUP blocked the election of a Speaker at the Stormont Assembly, preventing it from sitting.

Powersharing in Northern Ireland has been suspended since elections earlier this month.

The system was introduced in the 1990s in an effort to end decades of violence and is a requirement of government in the country. The first minister and deputy first minister must be one unionist, one nationalist.

Government sources said Mr Johnson will use a series of private meetings to deliver a “tough message” that any “fix” to the post-Brexit trade protocol must involve the parties coming together to form an Executive and Assembly. 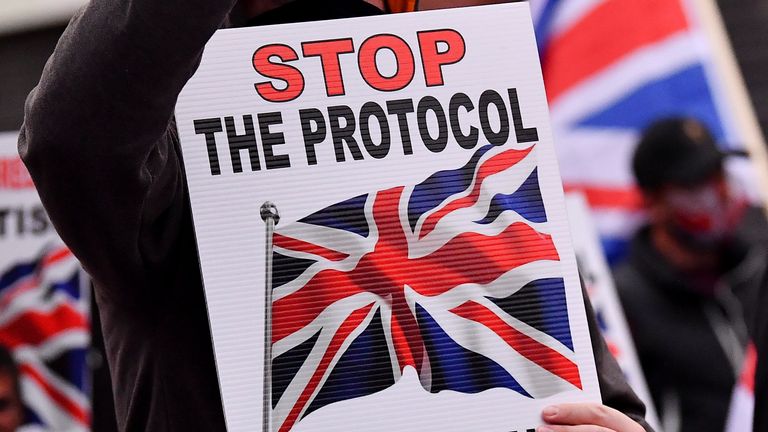 He is expected to say that while the UK government will “play its part to ensure political stability”, politicians must “get back to work” so they can deliver on “bread and butter issues” for the voters.

Ahead of his visit, however, Sinn Fein – which is now the biggest party in the Assembly following the elections on 5 May – accused the prime minister of being “in cahoots” with DUP and supporting its “blocking tactics”.

Sinn Fein president Mary Lou McDonald said: “It is very dangerous, it’s reckless, it’s a game of brinkmanship, very cynically carried out by a Tory government in London that has no care for the island of Ireland, north or south.” 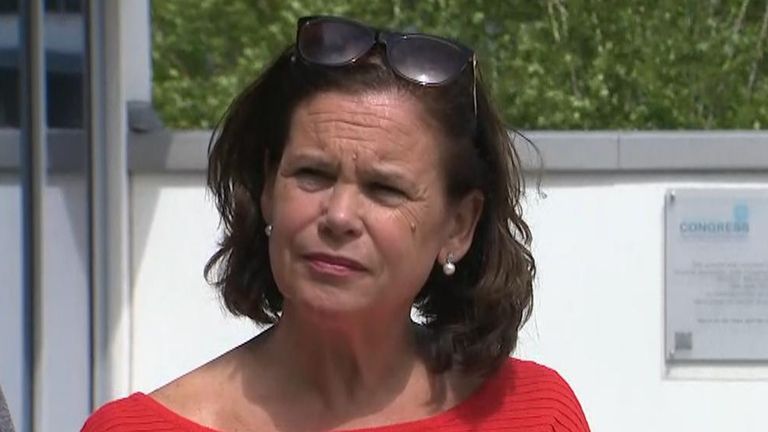 The DUP is bitterly opposed to the protocol as it requires checks on goods moving from Great Britain to Northern Ireland, in order to keep the border with Republic open in line with the Good Friday Agreement.

More:
What is the Northern Ireland Protocol and why does it matter?

UK ministers have repeatedly said they will act unilaterally if an agreement cannot be found to reduce the impact of the checks, which have been blamed for hitting businesses and fuelling community tensions.

In his talks to the party leaders, Mr Johnson is expected to say that while the government “will always keep the door open to genuine dialogue”, there will be “a necessity to act” to protect the Good Friday Agreement (GFA) if there is no change in the EU position.

He will insist the government has never suggested scrapping the protocol and will acknowledge there will always have to be a treaty governing the UK’s relationship with the EU in respect of Northern Ireland in order to prevent the return of a hard border with the Republic.

However he will say the “delicate balance” of the GFA has been upset, eroding the historic economic bonds linking Northern Ireland and the rest of the UK, leaving the unionist community feeling its aspirations and identity were under threat.

Ireland is not ‘a pawn’

But speaking on Saturday following a meeting of Sinn Fein’s ruling council in Dublin, Ms McDonald said the UK government had consistently failed to act in “good faith”.

“Let’s just be clear that the protocol is going nowhere. The protocol is a necessary outworking of Brexit for which the Tory party and the DUP campaigned,” she said.

“The British government cannot use Ireland as a pawn, we won’t be the collateral damage in the Brexit negotiations.

“It is very clear the Tory government in London is in cahoots with the DUP to stall and to hold back progress, to frustrate the will of the people as expressed in the election and that, to anybody who calls themselves a democrat, is clearly unacceptable and clearly shameful.”