Amber Heard’s sister has described a fight in which she said the actress and Johnny Depp hit each other.

Giving evidence in the high-profile libel trial, Whitney Heard Henriquez said Heard was shouting down at Depp from a mezzanine over a kitchen in March 2015.

Ms Henriquez said she went to try and calm down her sister and described how Depp lobbed a can which hit another person in the room before Depp ran “up the stairs”.

Ms Henriquez said: “I’m facing Amber and [Depp] comes up behind me and strikes me in the back.

She added: “Johnny had grabbed Amber by the hair with one hand and was whacking her repeatedly in the face with the other.”

Depp is suing his ex-wife for $50m (£40m), saying she defamed him when she claimed in a newspaper article she was a victim of domestic abuse.

Heard has countersued for $100m (£81m), arguing that he smeared her by calling her a liar.

Depp claims he never struck Heard and that he was the victim of abuse from his ex-wife. 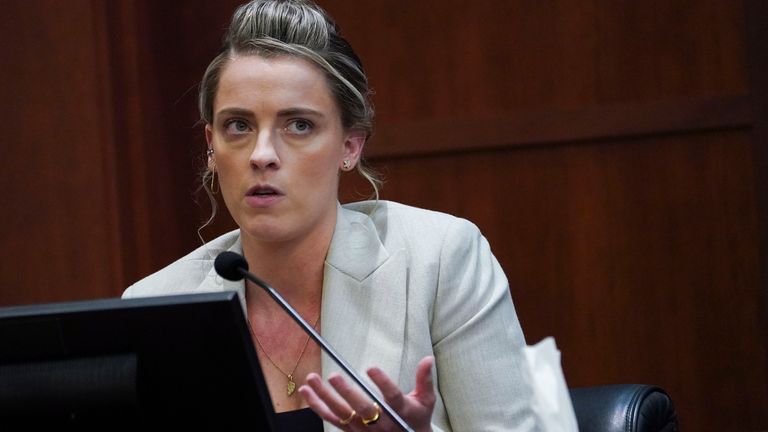 Another one of Wednesday’s witnesses was Melanie Inglessis, who was Heard’s makeup artist.

She described how she covered up injuries on the actress’s face for an appearance on The Late Late Show with James Corden in December 2015.

“We covered the discolouration, the bruises, with slightly heavier concealer,” Ms Inglessis said.

Raquel Pennington also gave evidence – she described herself as a friend of both Depp and Heard but now says she has drifted away.

Ms Pennington said Depp referred to his “alternate self” as “the monster”.

Ms Pennington said: “In the beginning [of the relationship], I wasn’t worried.

“I was worried that when he turned, he might actually do something that was worse than he ever intended.” 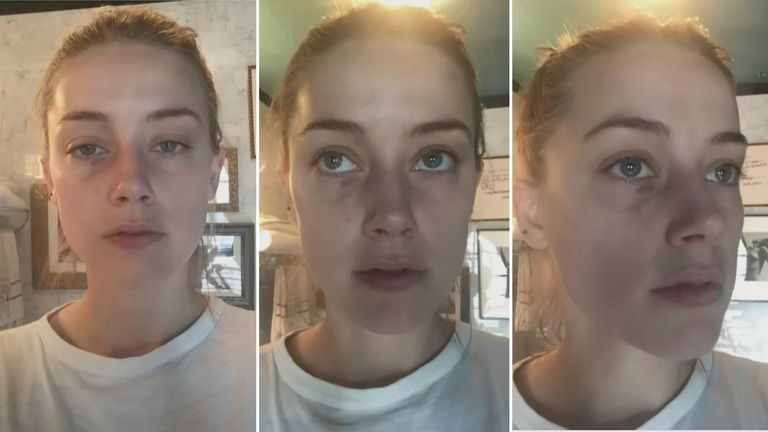 Ms Pennington said she saw Heard with hair ripped from her head in 2016, and that after a 2015 trip to Australia Heard returned with cuts on her feet and arms.

She was also asked to describe a picture of Heard taken in December 2015, which showed the actress with bruised eyes and a swollen nose.

Asked directly if she ever saw Depp strike, kick or throw anything at Heard, the witness said she did not.