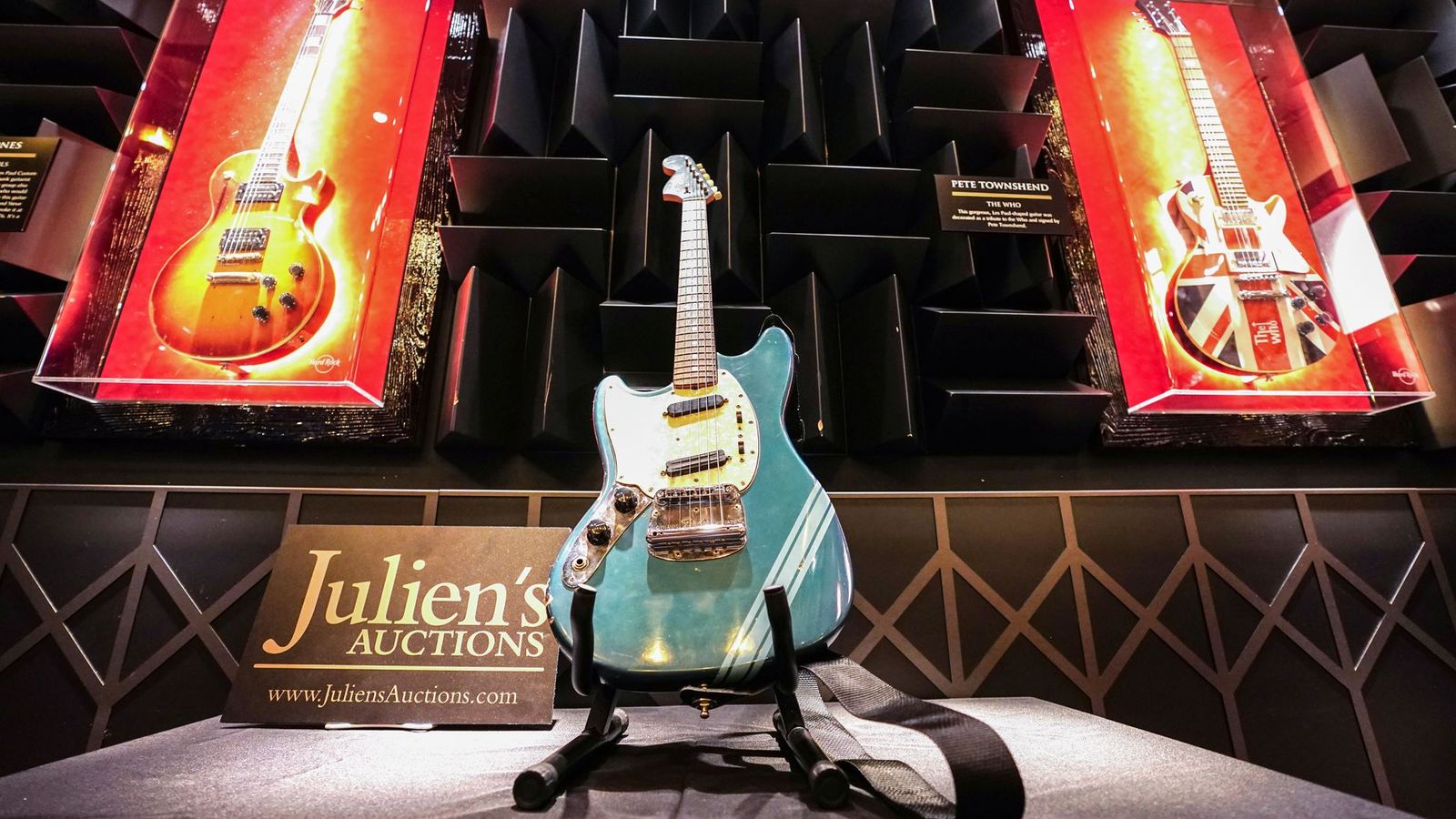 Kurt Cobain’s 1969 Fender Mustang guitar which he used in Nirvana’s video of Smells Like Teen Spirit has sold for $4.5m (£3.5m) at auction.

Finished in lake placid blue, the electric guitar has been on display at Seattle’s Experience Music Project, now renamed the Museum of Pop Culture, for the past 12 years.

It was sold to the Jim Irsay Collection of Indianapolis in a bidding war among collectors from all over the world who took part in the online and over-the-phone sell-off at Julien’s Auctions on Sunday.

In a 1991 interview with Guitar World, he said: “I’m left-handed, and it’s not very easy to find reasonably priced, high-quality left-handed guitars.

“But out of all the guitars in the whole world, the Fender Mustang is my favourite. I’ve only owned two of them.”

Smells Like Teen Spirit went on to become one of the most iconic songs and music videos of all time.

The track featured on Nirvana’s second studio album – Nevermind, released in September 1991 – which charted well across the world.

The guitar was also used in the recording studio during the In Utero recording sessions, as well as numerous prominent live performances. 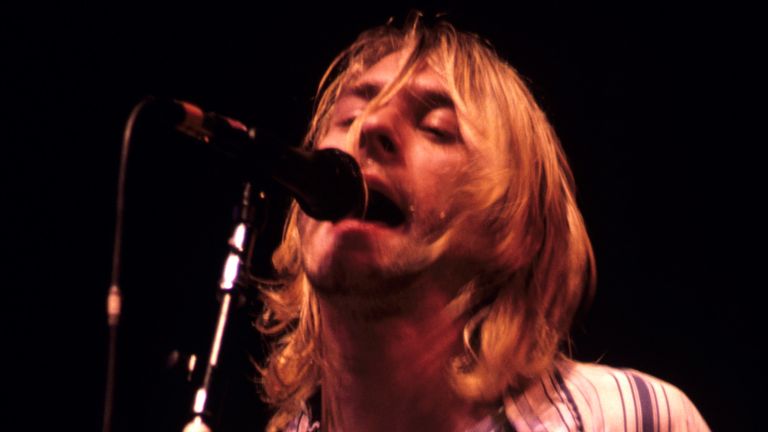 Cobain, who suffered from depression, died at the age of 27 in April 1994.

A portion of the proceeds will go towards Kicking The Stigma, an initiative to raise awareness about mental health disorders.