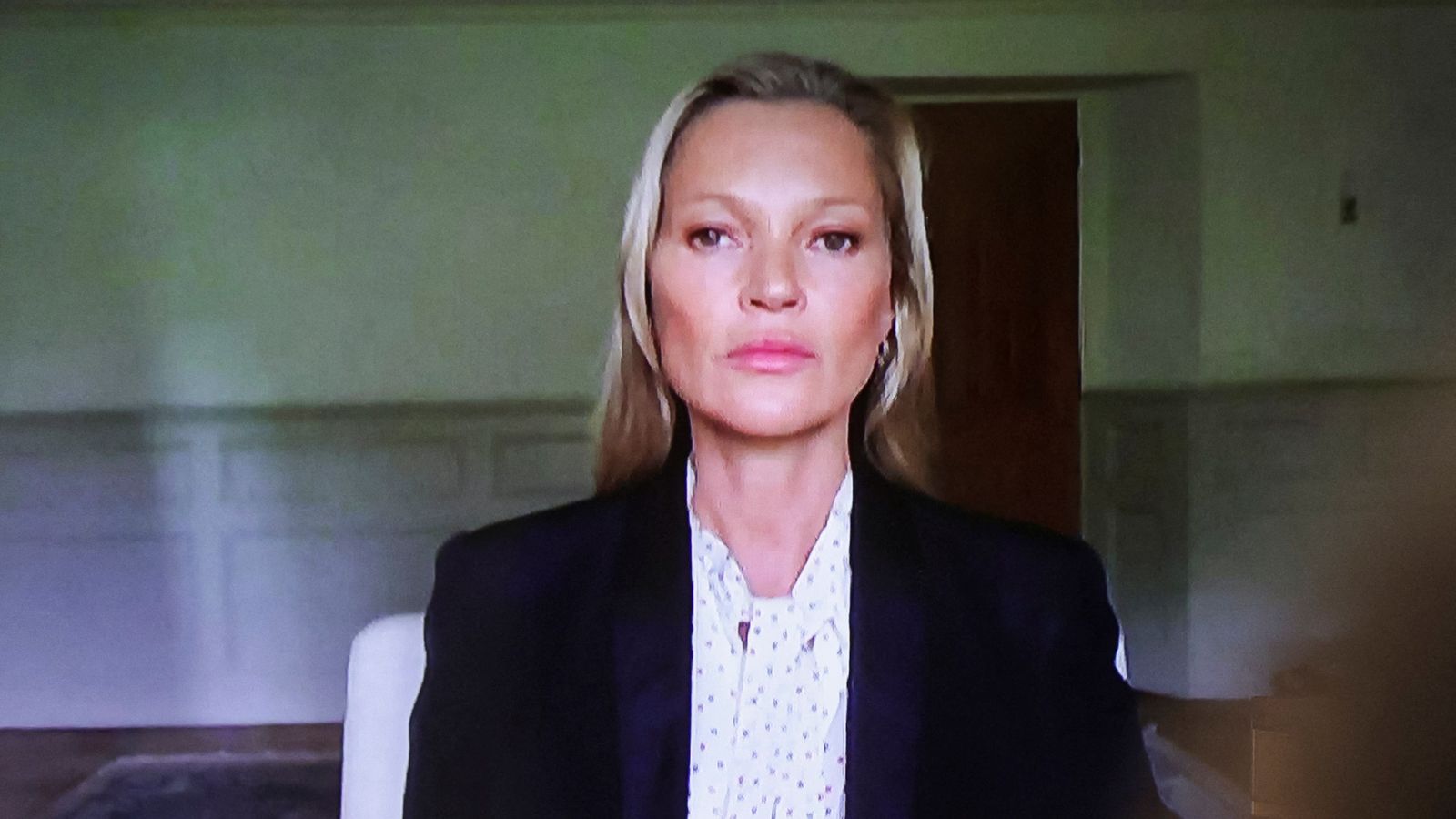 Kate Moss has said Johnny Depp “never” pushed her down any stairs, contrary to rumours discussed by Amber Heard during the US defamation trial.

The British supermodel said the actor, who she was in a relationship from 1994 to 1998, had not “pushed, kicked or threw me” down any stairs while they were together.

She appeared by videolink at Fairfax County District Court, Virginia, on Wednesday to give evidence which lasted barely two minutes.

She was called by Depp’s legal team, who appeared to celebrate when her name was mentioned by Heard during her evidence last week.

The actress had described hearing a rumour that Depp had pushed Moss down a flight of stairs.

Speaking from Gloucestershire, Moss said the allegation over the incident at the GoldenEye resort in Jamaica was not true.

“We were leaving the room and Johnny left the room before I did and there had been a rainstorm,” she said.

“As I left the room I slid down the stairs and I hurt my back and I screamed because I didn’t know what had happened to me.

“(Depp) came running back to help me and carried me to my room and got me medical attention.”

Depp’s lawyer Benjamin Chew asked Moss if the Hollywood star had ever pushed her down stairs.

“No, he never pushed me, kicked me or threw me down any stairs,” she replied. 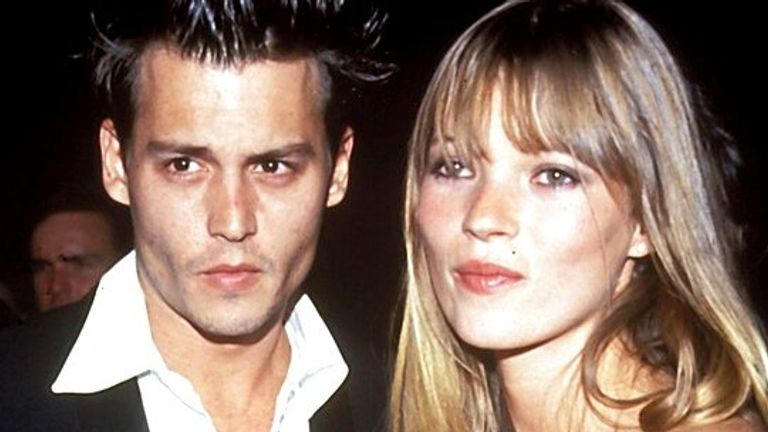 Depp was called to give evidence again after Moss.

He was asked about the former couple’s honeymoon in August 2015, after which Heard accused Depp of being violent on the trip.

Depp says there were times when the journey on the Orient Express from Thailand to Singapore was “agreeable”.

But he said there were other times she would “start the rant”. Image: Depp and Heard with the staff of the Orient Express train taken at the end of their honeymoon in Singapore

“At one point… I don’t remember it lasting long… I took a pretty good shot to the face, to the eye… so I had a bit of a shiner,” he tells the court. “It all ended and then everything got fine again.”

He said he did not recall if Heard apologised.

Depp is suing Heard over a 2018 article she wrote in the Washington Post, which his lawyers say falsely implies he physically and sexually abused her while they were together.

He has denied all allegations.