Almost 2,000 arrests have been made and thousands of knives seized under a national operation to tackle knife crime.

Operation Sceptre was undertaken by all 43 forces in England and Wales, as well as the British Transport Police.

In total, 1,947 arrests were made with 831 related to knife crime offences.

A number of different tactics were deployed during the week of 15 November, including honesty bins, knife arches and weapons sweeps.

Officers seized 1,074 knives while 8,401 were surrendered or seized during sweeps. This is an increase of 14% since the last Operation Sceptre in 2021, according to figures from the National Police Chiefs’ Council (NPCC).

Police also worked alongside the prison service to sweep cells, with 131 inmates searched in 100 cells across eight prisons.

Some 29 weapons were found – including razor blades fixed to toothbrushes and other handles. Other weapons seized during the week included swords, hunting knives and machetes.

“Operation Sceptre saw a real crackdown on the serious violence associated with knife crime and has delivered some outstanding results,” he said.

“Op Sceptre highlights the continuing commitment of the police working with the public in preventing young people carrying knives and this latest Sceptre week saw our engagement with schools and communities increase to higher levels than ever before.

“Young people must understand that carrying a knife is never the answer, nor does it offer the protection they think it does. It only puts them at greater risk.” 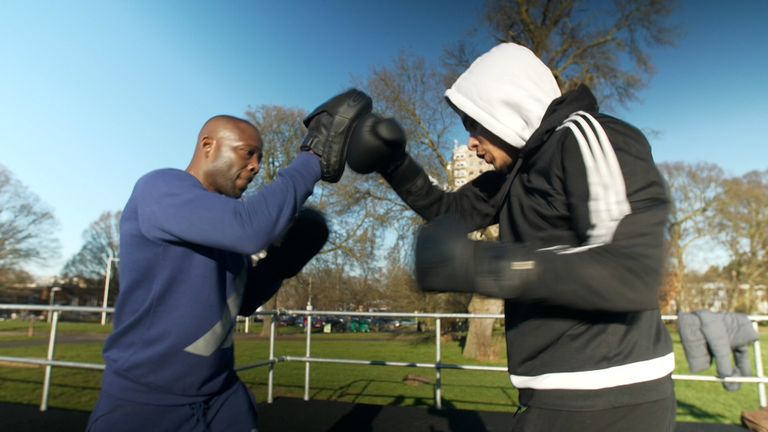 ‘Nothing more terrifying for a parent’

The Minister for Crime, Policing and Probation Kit Malthouse said there is “nothing more terrifying” for a parent than the thought of the child not making it home.

“We have to work day and night to keep our kids safe,” he said.

“There is nothing more terrifying for a parent that the thought of them not making it home.

“Operations like this are helping us make our streets safer each day.”

Chief Inspector Rob Ranstead, who led the operation for the Metropolitan Police, said making London safer is his force’s priority.

Read more:
Operation Sceptre begins amid surge in violence
Knife crime crisis: The fight back
The man making London safer – one blade at a time

“Our mission is to bear down on violence and make communities safer across London – it’s our priority,” he said.

“Operation Sceptre is an intensification of the work we already do every single day and officers will not stop doing everything they can to target those carrying weapons on our streets.”