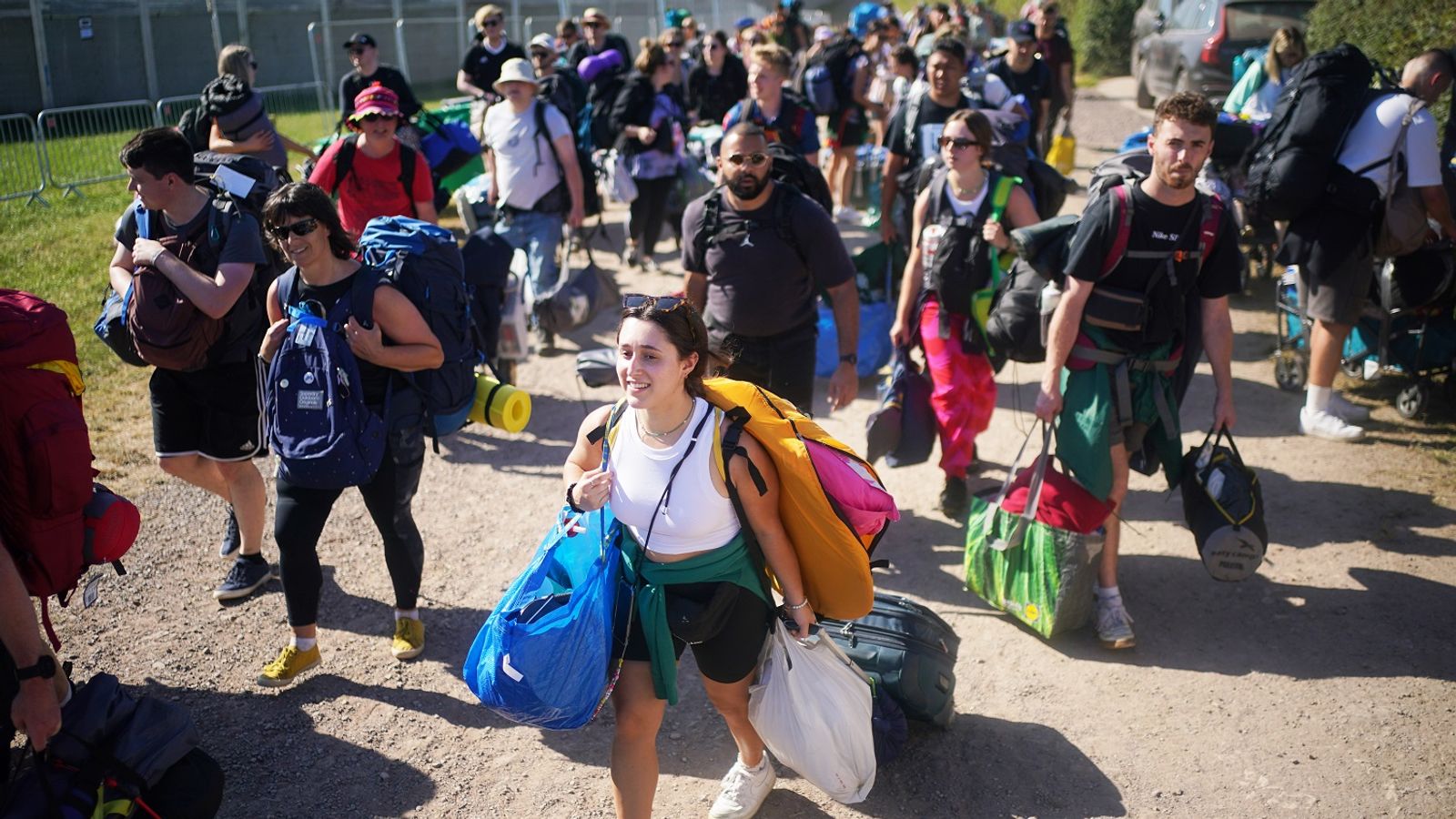 Getting to this year’s Glastonbury has been a challenging journey for ticket holders.

On top of the two-year pandemic postponement, when this week’s rail strikes were announced, thousands had to find a new route to Worthy Farm.

With half of the specially laid-on services cancelled, there was a mad scramble to book seats on coaches. For others, driving became the only option.

Many feared Wednesday – typically the busiest day for travelling to the festival – would see gridlock on the roads.

Thankfully, the reality was far more manageable, as the festival-goers we spoke to explain.

Your A-Z guide to this year’s Glastonbury 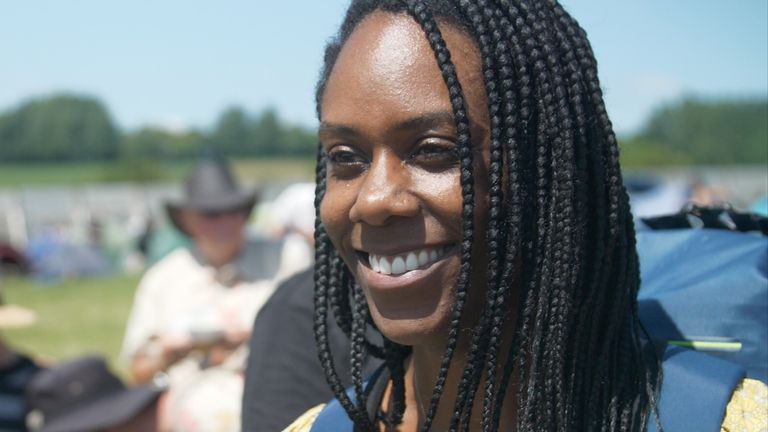 Image: Michelle planned for an ‘awful journey’ but says it’s been ‘perfect’ so far

“We planned for an awful journey, and it’s been perfect,” she said.

“This is our fifth time; this has been such a weird one, but we’re just excited to be here and enjoy the sunshine. We’re excited to listen to some good music.”

Mark and Rebecca Brown and their son Ewan, 21, from Melton Mowbray, Leicestershire, came by caravan. 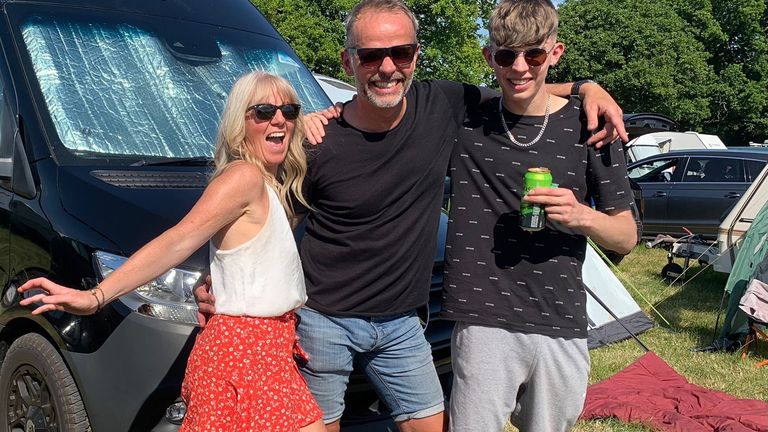 Image: The Browns were surprised how smooth their journey was from Leicestershire

“We set off at about 9.30am thinking it was going to be a difficult journey, but it wasn’t,” Mark said.

“As it’s been nearly three years since we got the tickets, it’s been a long time coming. My beard was black back then, it’s a bit greyer now.”

Rebecca said they set off early, prepared for a journey of about eight hours: “We’ve been three times before, and it’s taken us up to 24 hours, which was horrendous – we had to be towed in through the mud.

“We were expecting it to be at least the same and, with the train strikes, potentially worse. But it was beautiful – we got straight in. It took us just over five hours, and that was with a 45-minute stop.”

Their son, Ewan, said that after three years of having the tickets, it feels “pretty special to finally get here”.

“I’ve got a girlfriend and have bought a house in that time,” he said. “I was a bit upset when it was cancelled, but it couldn’t be helped.

“We always have a good time. I’m most excited about Arcardia, that’s my favourite bit. I’m looking forward to Fatboy Slim, Chase and Status and Carl Cox.” 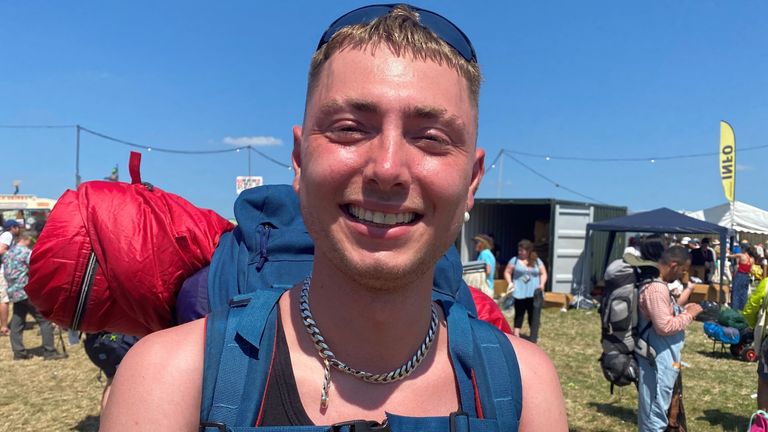 Image: Joseph Clarkson is having his first Glastonbury experience

“I’m excited to wander round and see some crazy costumes. It’s been a long time coming, and this feels like about time.”

Teachers going on strike is ‘unforgivable’ and ‘irresponsible’ in wake of COVID, says education secretary