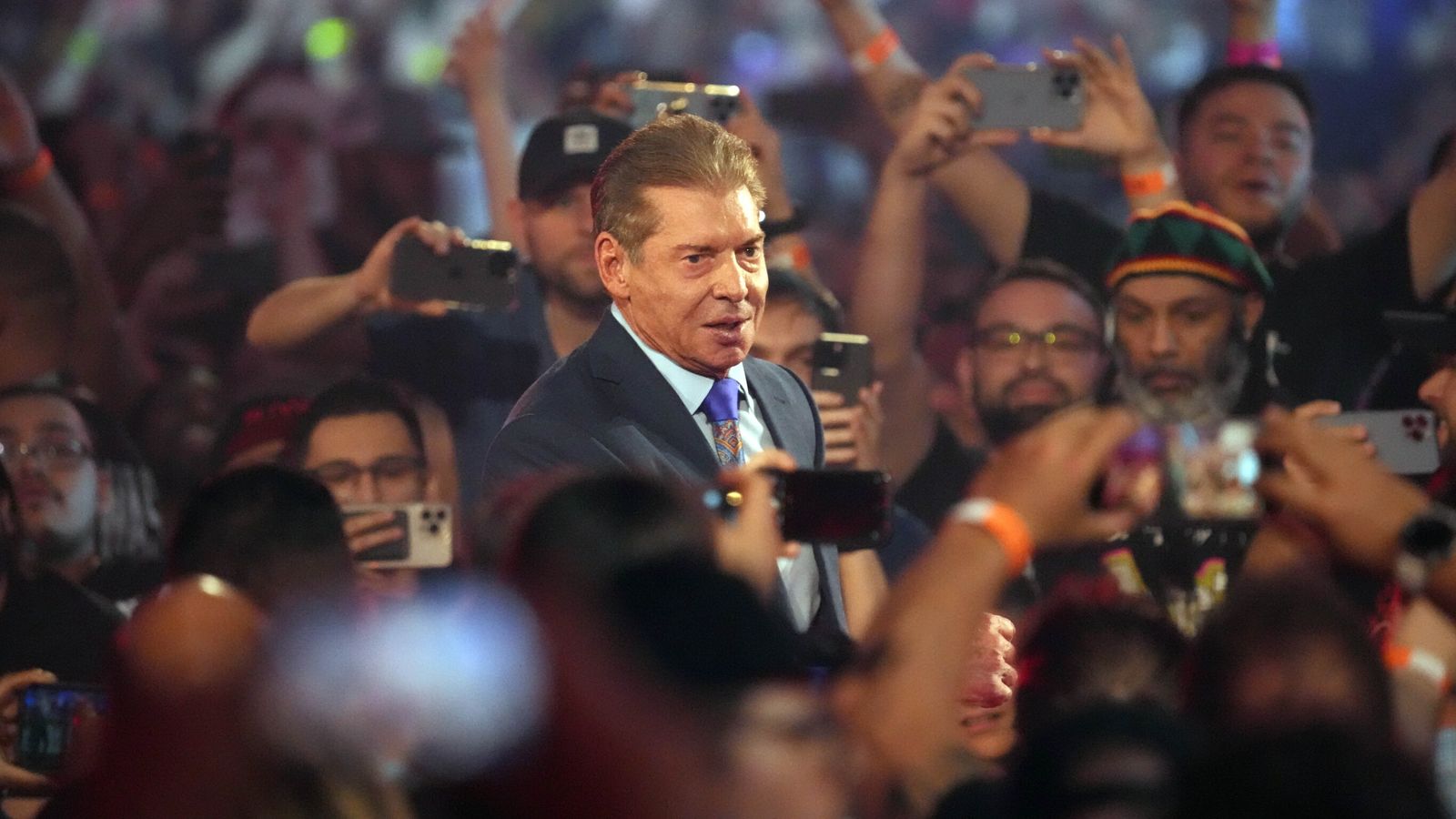 World Wrestling Entertainment’s (WWE) chief executive and chairman Vince McMahon has announced that he is retiring amid allegations of misconduct.

It comes a month after he temporarily stepped back from the roles after an investigation into alleged misconduct was launched.

The Wall Street Journal reported earlier this month that McMahon had agreed to pay more than $12m (£9.9m) over the last 16 years to suppress allegations of sexual misconduct and infidelity.

He previously pledge to co-operate with the investigation but did not address the probe in a statement released on Friday.

His daughter, Stephanie McMahon, stepped in as WWE’s interim boss in June.

Announcing his retirement, he reiterated his support for the wrestling entertainment company and will remain the majority shareholder.

“As I approach 77 years old, I feel it’s time for me to retire as chairman and CEO of WWE. Throughout the years, it’s been a privilege to help WWE bring you joy, inspire you, thrill you, surprise you, and always entertain you,” he said.

“I am extremely confident in the continued success of WWE, and I leave our company in the capable hands of an extraordinary group of superstars, employees, and executives.

“As the majority shareholder, I will continue to support WWE in any way I can.” Image: In 2007, Vince McMahon entered a feud with Donald Trump

McMahon bought WWE in 1982, transforming it from a regional player in a fragmented industry to a highly lucrative, global giant, which posted about $1bn in revenue last year.

The former wrestler used scripted matches, celebrity wrestlers and glitz to appeal to TV audiences, with revenue boosted by pay-per-view events such as Wrestlemania.

One of his iconic on-screen moments was in 2007 when he started a feud with Donald Trump.

Despite wanting to originally fight the businessman turned president himself, the pair agreed to pick a representative to fight at WrestleMania 23, with the losing man having their head shaved.

Dubbed the Battle of the Billionaires, McMahon’s fighter Umaga lost to Trump’s representative, Bobby Lashley, resulting in the WWE boss having his head shaved.

Household names such as Hulk Hogan, Dwayne “The Rock” Johnson, John Cena, Dave Bautista and Triss Stratus all used WWE to springboard their entertainment careers, with many transitioning toward Hollywood after stepping back from wrestling. Image: McMahon’s wrestler was defeated and Mr Trump was able to shave his rival’s head at Wrestlemania 23

However, the company was also dogged with controversy under McMahon’s leadership, including charges of steroid use in 1994 and accusations of poor worker’s rights by John Oliver in 2019.

WWE declined to comment on McMahon’s retirement and did not respond to requests for comment about the misconduct investigation.

The company’s shares are up 34% for the year as it benefits from the return of audiences at its live events.

2022 Commonwealth Games: What legacy is in store for Birmingham after hosting the games?