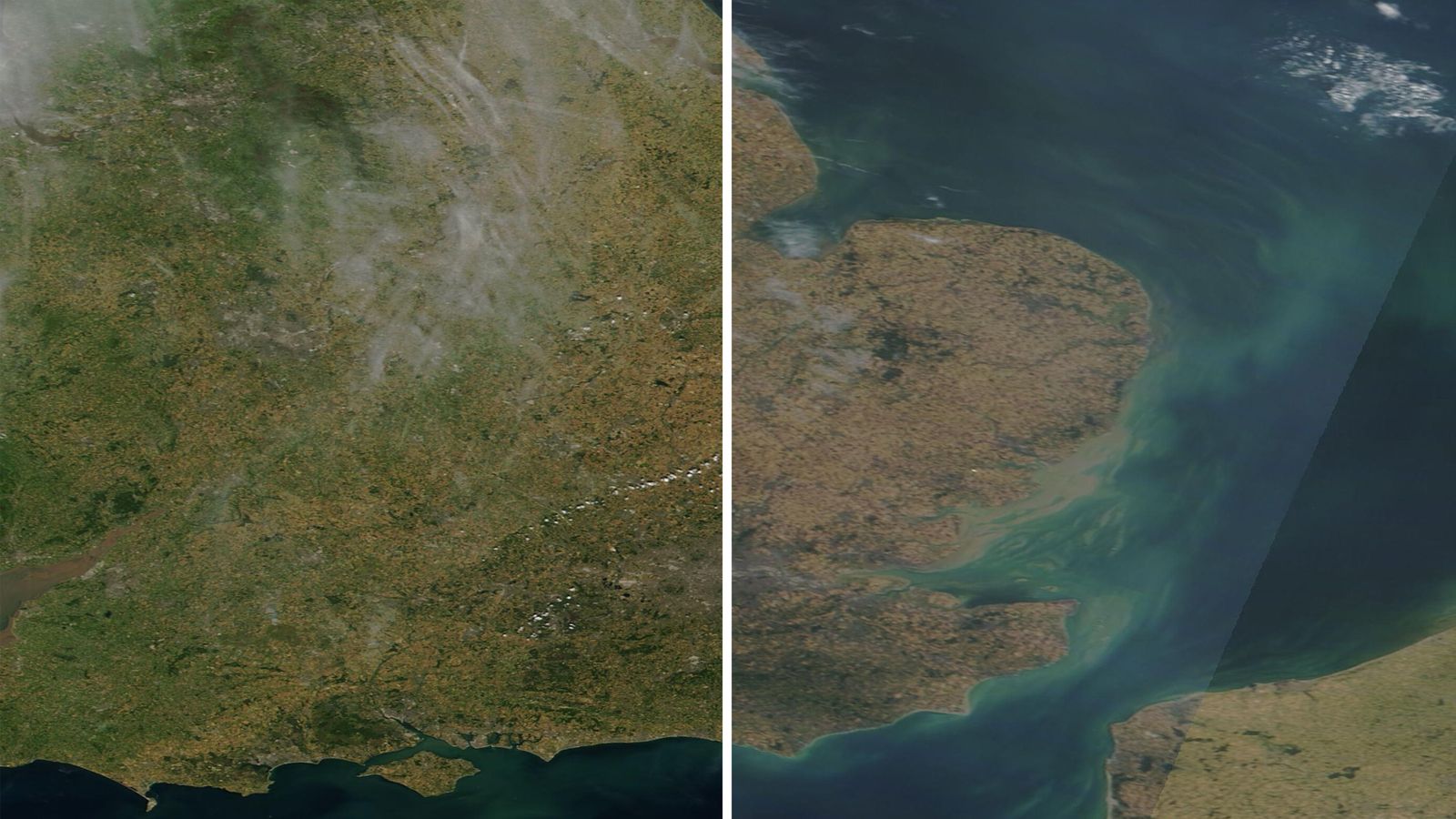 Pictures from NASA show the difference a week makes, with the South East and eastern parts of England turning from green to brown in a matter of days due to the soaring temperatures around the country.

Use the slider below to see the difference.

The UK hit record temperatures on Tuesday, with Coningsby in Lincolnshire reaching a sweltering 40.3C (104.5F) – the first time since records began that the mercury has exceeded 40C in the country.

Some parts of the UK saw significant damage as a result of the extreme heat, such as house and wildfires, melting airport runways and expanding railway tracks.

Wennington in east London saw devastation as fires ripped through nearly 20 homes as a result of the heat, with more houses across the capital also being evacuated due to blazes.

Major incidents were announced by fire brigades in London, Leicestershire and South Yorkshire.

It is not just the UK which faced unprecedented temperatures last week – Portugal, France and Spain also suffered with searing heat and wildfires.

Fire season hit parts of Europe earlier than usual this year after an unusually dry, hot spring left the soil parched – something authorities have attributed to climate change.

A popular resort on the Greek island of Lesbos was also engulfed with flames on Saturday, after a fire began in the island’s forests, leading to mass evacuations, while firefighters in Athens also dealt with huge blazes.