The board of Cricket Scotland has resigned with immediate effect following allegations of racism.

The directors sent the letter of resignation to the interim chief executive officer this morning.

It comes after Sky News revealed yesterday that a “devastating” review into Scottish cricket has found it be institutionally racist.

Scotland correspondent James Matthews reported that the review – expected to be published on Monday – has led to multiple referrals to a number of organisations, including Police Scotland, for racist behaviour.

A spokesperson for Cricket Scotland said: “Cricket Scotland will work in partnership with SportScotland with immediate effect to ensure appropriate governance, leadership and support is in place for the organisation and the sport in the days ahead, and these arrangements will be reviewed after the publication of the report into racism in cricket in Scotland and updates given accordingly.”

In the letter to the interim chief executive Gordon Arthur, the board wrote that “we are all truly sorry” to everyone who has experienced racism in Scotland, and “we believe we must now step aside to enable the required progress to be made in the coming months”.

The board had six members who stepped down.

A spokesperson for SportScotland said: “This has been an exceptionally challenging time for everyone involved in Scottish cricket.

“We have been made aware of the board’s decision and as the national agency for sport, we will take immediate steps to provide significant additional governance and leadership support to Cricket Scotland.” 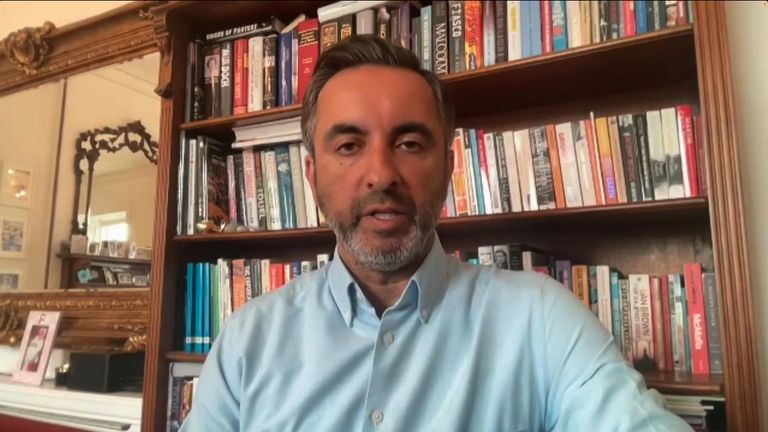 Aamer Anwar, who is representing two of the complaints, said in a Tweet that his clients welcomed the resignations.

Speaking after the resignations to Sky News, Mr Anwar said that “they had to step aside, they are part of the problem”.

“They couldn’t see racism if it hit them in the face. Up until a few months ago, they tried to maintain a gagging clause on my client Majid Haq when he tried to speak to the inquiry and we said no,” he said.

“This is a total vindication of my clients. Scottish cricket owes a debt of gratitude to the likes of Majid and Qasim, who have dedicated their whole lives to playing cricket in Scotland and yet they saw their careers stripped away from them and their dreams shattered.

“These allegations are no longer allegations, they are fact but it has to go beyond that because you are talking about an institution that has conducted itself with systemic racism.”

The review was conducted following allegations made by Scotland’s all-time leading wicket-taker Majid Haq that Cricket Scotland was “institutionally racist”.

In an interview with Sky Sports, last November, Haq and former team-mate Qasim Sheikh spoke of abuse that both had suffered throughout their careers.

Both men said they were treated differently from team-mates because of the colour of their skin.

The following month, SportScotland appointed Plan4Sport – an organisation that specialises in issues around equality, diversity and inclusion (EDI) – to conduct a review, which has taken contributions from several hundred people. 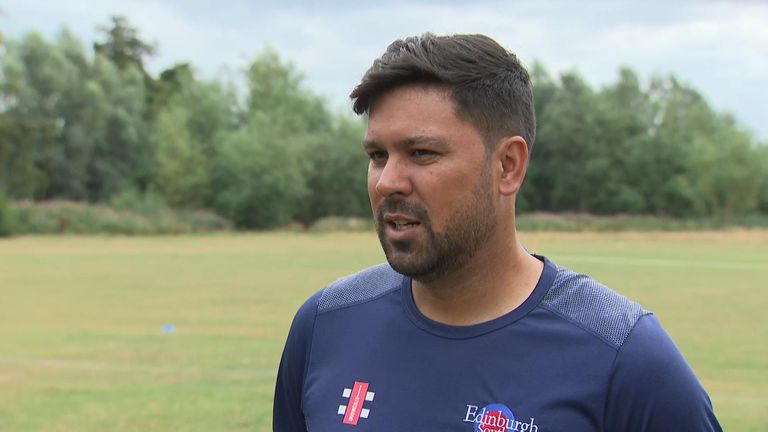 3:02 Former Scotland cricket player Qasim Sheikh told Sky News he felt he was treated differently because of his skin colour

On Saturday, it was revealed that investigators will support the claims of institutional racism within Scottish cricket.

One source told Sky News: “The fundamental claim at the start of this was about institutional racism at the heart of cricket. This review concludes that it’s very much the case.”

Mr Anwar spoke to Sky News ahead of the report’s publication and said: “Cricket Scotland is dysfunctional and institutionally racist – if that is confirmed by this review, it will be devastating for Cricket Scotland.

“There are those within the organisation who should be ashamed of their treatment of Majid and Qasim and so many other cricketers who gave their lives to cricket but saw their careers taken away from them.

“In any other walk of life, the individuals responsible would find themselves out of a job, in a jail cell, or banished from public life.

“Yet, when it comes to cricket, they are rewarded with promotions and status.

“Racism exists in Cricket Scotland and my clients know that has been the case for many years, through generations of cricketers.” 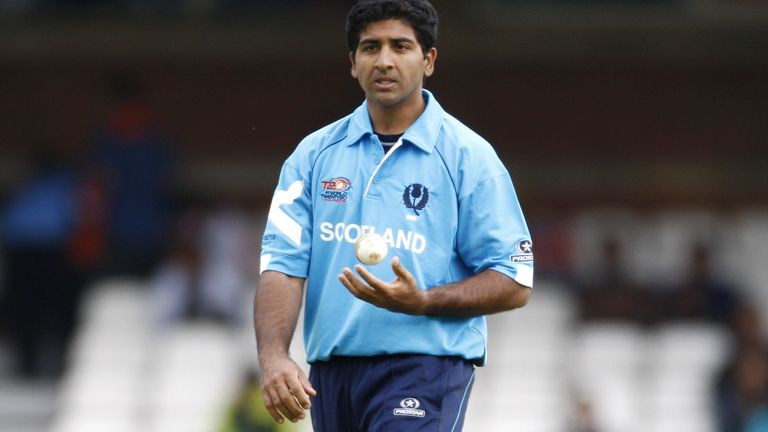 Events in Scotland follow a racism scandal in English cricket.

He complained of institutional racism at the club and said abuse regarding his Pakistani heritage had left him close to taking his own life.

Man shot dead and another man stabbed at gathering of up to 100 people in Waltham Forest, east London