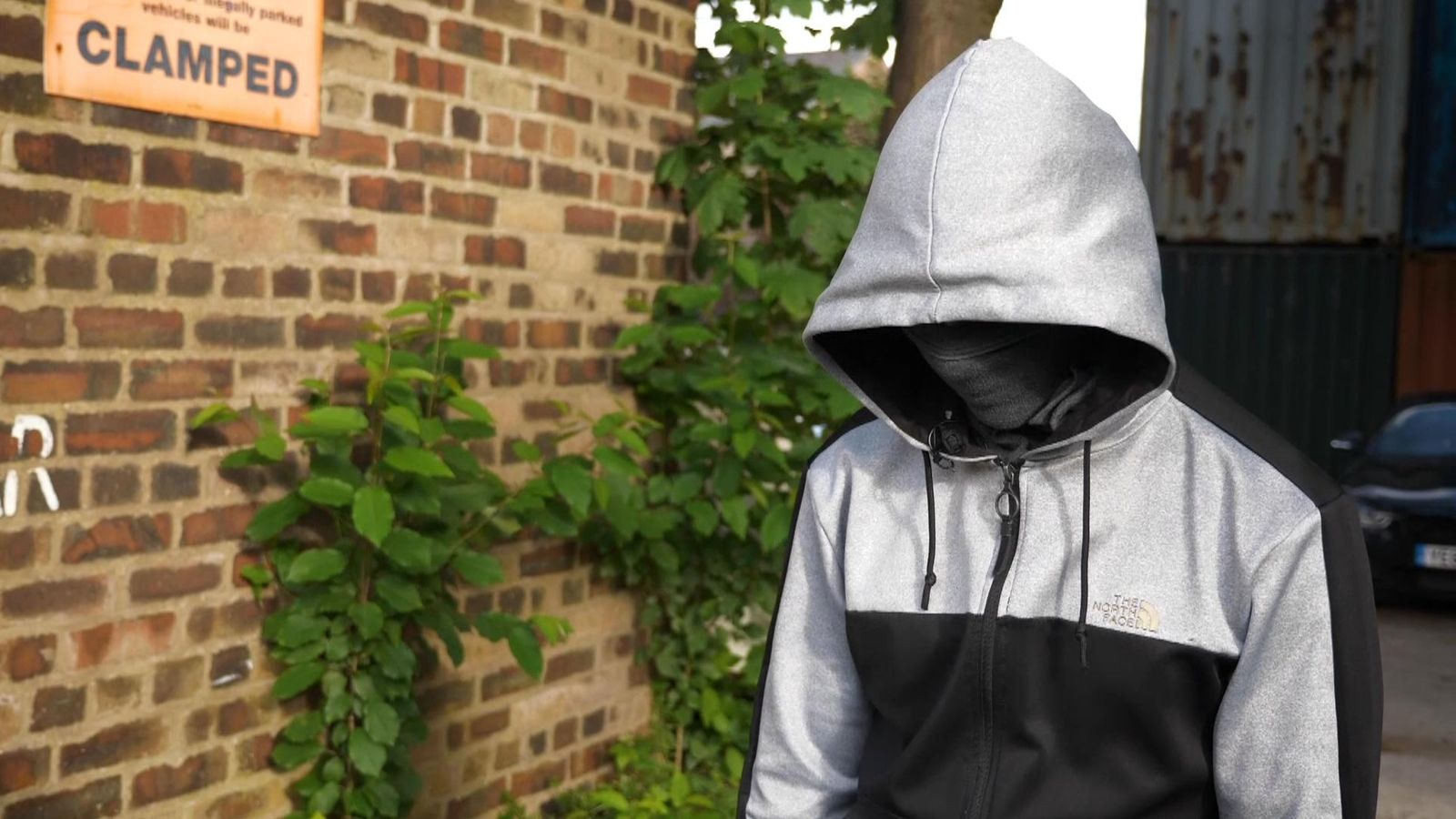 Matthew Norford has been a youth worker for more than a decade. As a former gang member himself, he has helped turn hundreds of young people away from a lifestyle he says only ends two ways: death or prison.

Because of his experiences and the work he does, Mr Norford has been the source of some shocking stories about child criminal exploitation.

But earlier this year, he called me about something that has left him more worried than ever, for not just the children he works with, but thousands more others across the country.

He thinks the surge in the cost of living is causing another crisis. With children as young as 11 now turning to crime to support their families.

Read more:
Inside London’s gang hotspot – ‘there’s no end to this because the police don’t care and we don’t care’ 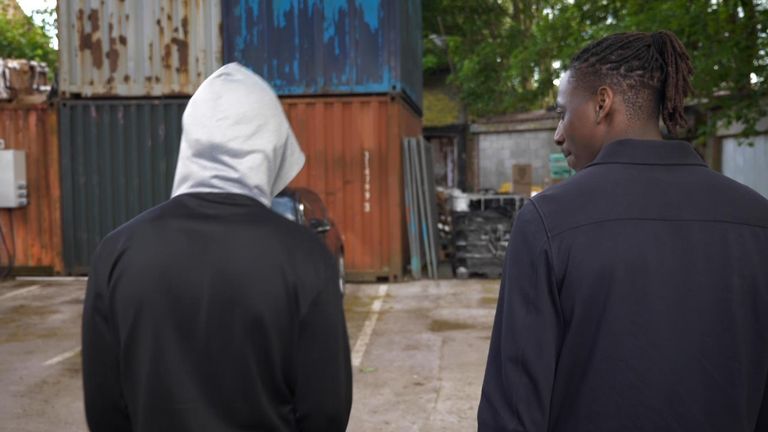 We meet on an estate in Tameside, a suburb of Manchester, on a grey, wet day and almost as soon as his car pulls into the driveway, he begins to talk about the struggles young people he knows are facing.

“They don’t wanna have no heating on, they don’t want to go to school and be bullied because they’ve not got the latest clothes,” he said.

“They don’t want to hear their mum crying, or their little sister, when it’s her birthday and there’s no food and they’re going into a food bank.

“Some parents are enabling [them] but at the same time, their kids are relieving that burden off them.” 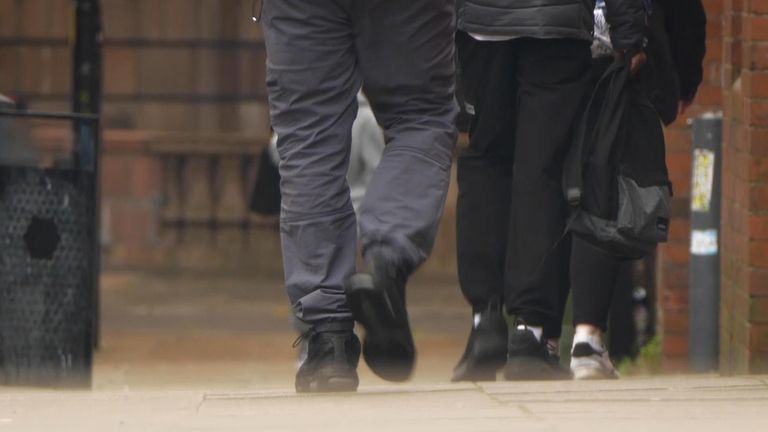 ‘The man of the house’

Eager to try to prove his point, he takes myself, producer Hope Yeomans and camera operator Josh Masters to meet one of the young people he is talking about. A 17-year-old who, at just 14, felt he needed to become “the man of the house,” making more than £2,000 a week selling class A drugs.

Arriving on an electric scooter, with a Louis Vuitton belt on his waist, the youngster shakes our hands. His jumper is pulled over his face as a makeshift balaclava.

With his head down and his voice deepening, he begins to recall how he risked his life to become the breadwinner at home.

He said: “I’ve got two little siblings, which I have to protect, no one else. My family is never at home. So I had to grow up quickly… make money for them to provide for my family. That’s how it works.” 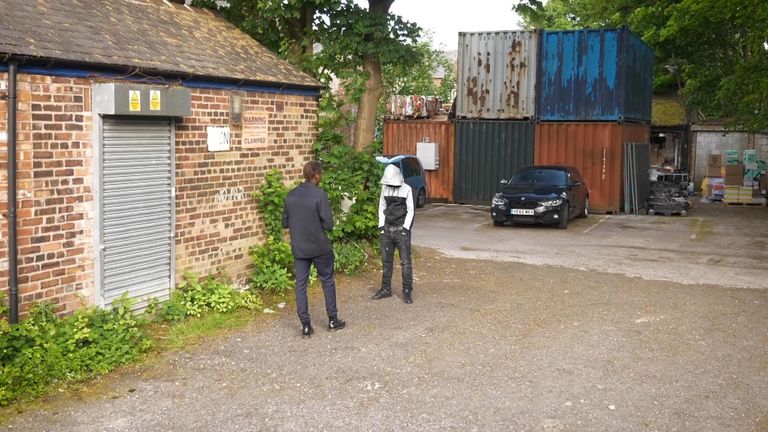 This harsh reality – a lack of parental support combined with financial struggles – saw him move from selling cannabis to harder drugs like crack, cocaine and heroin. He told his parents he worked at a corner shop.

At the end of the interview, he also tells us how one of his friends was stabbed and killed while he looked on. An incident he argues did not affect him, but also a reminder of how dangerous the choices he is making are.

He is now working with Mr Norford on trying to turn his life around, finding a real job, but he knows other young people who have not been lucky enough to find a mentor. According to him, more young people than ever are following the path he took.

“Lots of my friends are telling me everything’s gone up,” he says. “Tax, credit, living has gone up. To even live in this country is expensive. So what is there for them to do? Sell drugs, make money quickly, without waiting.” 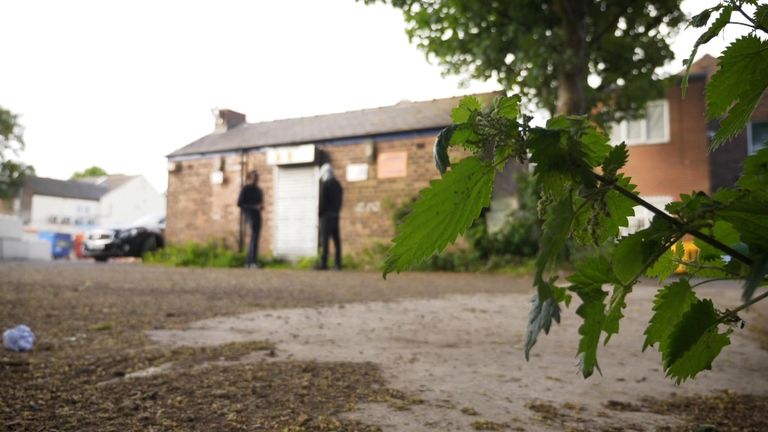 Those choices are not confined to children from Manchester. I also travelled to Birmingham, where I heard similar stories about boys and girls as young as 12 being offered vast sums of money by gangs, with some allegedly being kidnapped for refusing those advances.

Tom McNeil, assistant police and crime commissioner for the West Midlands, feels so strongly about the issue that he wrote to the government about it earlier in the year, calling the link between poverty and crime “crystal clear”.

“The government needs to act and give people financial support, because if they don’t, the consequential rise in crime, which people are seeing on its way, will cost the country more in the long term,” he says. 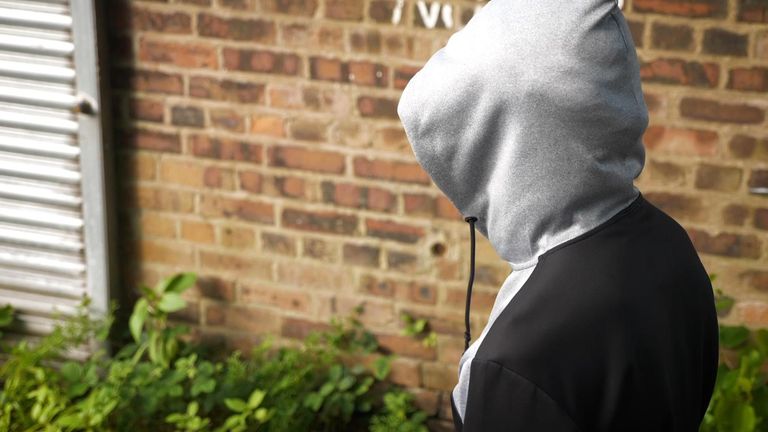 Before I leave, a youth worker puts me in contact with a person who embodies the desperation Mr McNeil was talking about: a 15-year-old who I went on to meet in a park in Digbeth, 10 minutes from the city centre.

The stories he tells me about carrying machetes and being drawn into knife fights after joining a gang at the age of 12 are horrifying, but he recalls the incidents with a sense of calm that makes them seem almost matter of fact.

It is a lifestyle that also started with struggles at home and saw him also begin to sell drugs.

He said: “When the heating went out [we were] having kettle baths. It would be like four hours you’re trying to fill up the bath with a kettle. And it’s not always full up and stuff like that.

“By the time you get in the bath the water is probably cold. And plus there was no heating so… it wasn’t really an ideal situation for anyone.”

He has begun changing his life around, pursuing a career as musician, but he knows more people than ever are making reckless decisions for money, including one who was critically injured, “nearly losing his life over a bag of weed”. 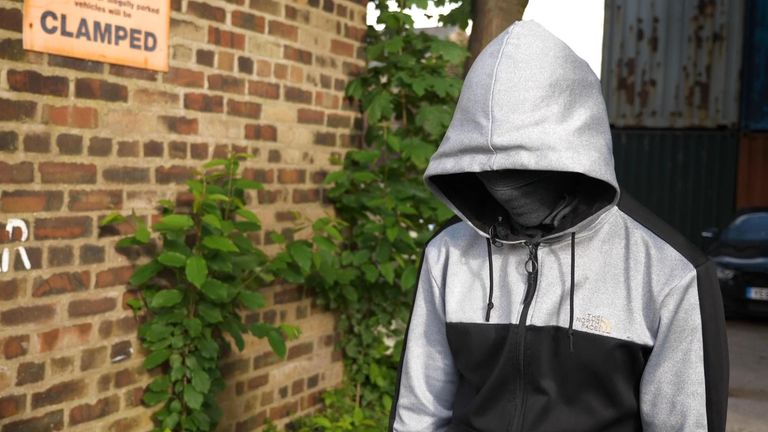 The Rusholme Mandem and a warning

This is an issue that is also gaining national attention.

Anne Longfield is the former children’s commissioner. After leaving her post last year, she set up Commission On Young Lives to transform the outcomes of Britain’s most marginalised young people.

When we speak on the phone, she tells me poverty is part of a wider web of problems being exploited by older gang members.

“So, for instance, mental health is plummeting. What I fear we might be seeing is this now baking itself in as another one of those trends,” she says.

“A next phase of exploitation of young people, where exploiters can see where vulnerabilities start to increase. They’re very aware and they can see those kids who are struggling a mile off.” 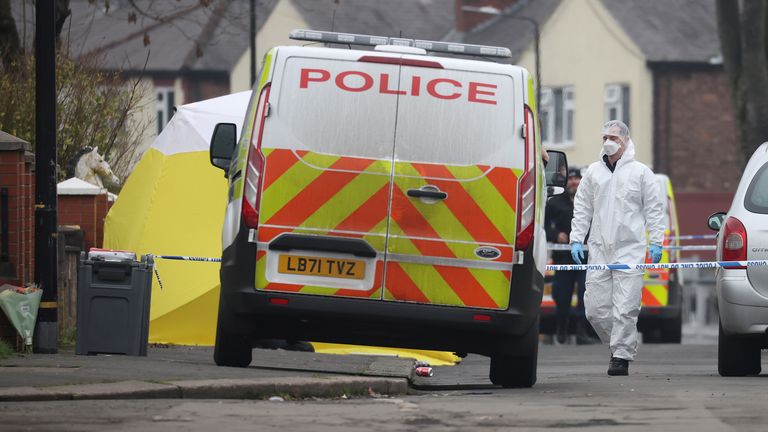 At the end of my time in Manchester, Matthew Norford shows me why he and all the people I’ve spoken to over the last few months are so worried about the children choosing to join gangs during the cost of living crisis.

We make our way from his house to a graveyard on the outskirts of the city where his brother Gary is buried.

They were both members of the Rusholme Mandem, a gang based in south Manchester. Gary was fatally stabbed in a botched robbery while Matthew was serving time in prison. He was not allowed to go to the funeral.

We make our way through the cemetery and stop at his brother’s headstone. There, I ask him how worried he is that more young people could lose their lives in similar circumstances. His answer is a warning.

“There’s going to be loads. Kids are getting groomed at an exceptional rate,” he says.

“This is the end goal. If you want to go hard enough this is where you’re going to end up. Either life in jail, in which you’re dead anyway [for] 35 years, or life in a coffin.”