Millions of people face falling into “unmanageable debt” if the government doesn’t update its energy support package before winter, MPs have warned.

A number of measures were unveiled earlier this year aimed at helping people pay their bills, as prices rocketed due to a massive rise in wholesale energy costs.

Most households will receive at least £400, with more for people in vulnerable groups such as pensioners, the disabled, and those on low incomes.

The latest estimate is that October’s rise will see the price cap reach £3,244 and the business, energy and industrial strategy committee said this would mean more help is needed.

The committee’s chairman Darren Jones said: “Once again, the energy crisis is racing ahead of the government.

“To prevent millions from dropping into unmanageable debt, it’s imperative that the support package is updated and implemented before October, when the squeeze will become a full-on throttling of household finances and further tip the economy towards recession.”

The committee has been hearing from experts, ministers, and industry insiders for months, and Mr Jones said the message was: “If you think things are bad now, you’ve not seen anything yet.”

“This winter is going to be extremely difficult for family finances, and it’s therefore critical that public funds are better targeted to those who need it the most,” he added.

Read more:
What is the energy price cap and why are bills rising so sharply?
What is a windfall tax, how much do oil companies already pay, and has the UK tried it before?
Why some countries have lower energy bills than the UK
Martin Lewis apologises for calling Ofgem a ‘f***ing disgrace’ over energy price cap proposals

The committee suggested that the energy price cap be axed in favour of a discounted tariff for the most vulnerable.

There were also problems with the support package that needed addressing, they said, including multiple payments for people who own more than one home. 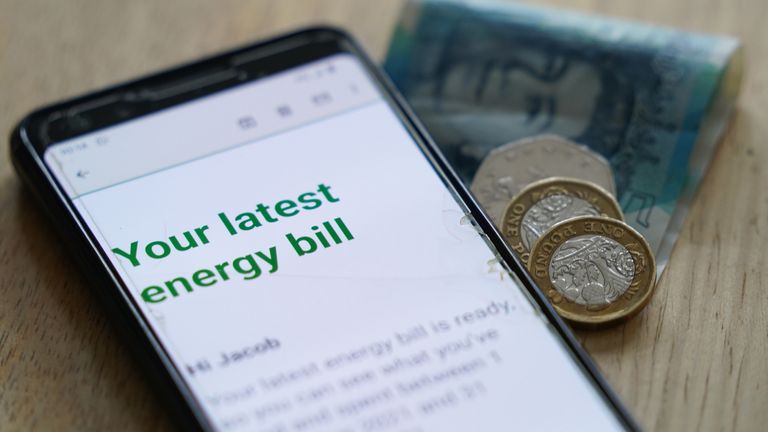 The committee of MPs also said that £94 will have to be added to bills to cover the costs of dozens of suppliers failing in little over a year.

It accused the regulator Ofgem of “incompetence over many years” in allowing poorly-run companies to set up business as energy suppliers.

“Ofgem failed to use its existing powers and didn’t bring action against energy suppliers even when it was clear that they should have done,” the committee said.

Paul Ridley, a father of two children with special needs, told Sky News that due to the crippling rise in the cost of living, he was buying “less and less shopping” and having to prioritise the children eating first.

He is a full-time unpaid carer to son Keith who has autism, epilepsy, irritable bowel syndrome and depression – and who is at home with him 24-hours-a-day, seven days a week.

Even if a day-care place is found for him, he doesn’t know how much he will be charged and whether he can afford the transport there and back, as he doesn’t have a car.

The family is already struggling to collect his medication from a pharmacy across town.

Mr Ridley said: “For ministers and MPs who are looking at this – come and live in my world for a week…Try being a carer, with all these costs and rising energy bills.”

Mr Ridley’s son’s needs are such that they often have to use the washing machine. Also, his medication needs to be kept cold – both of which require energy.

The stress over the financial situation is also picked up on by Keith, exacerbating his condition.

Said Mr Ridley: “He doesn’t understand the bills and that prices are going up. But he does pick up on the stress and the worry of everyone else.

“Even though we hide it, he is sensitive and when he thinks something is bothering dad that then impacts his health. 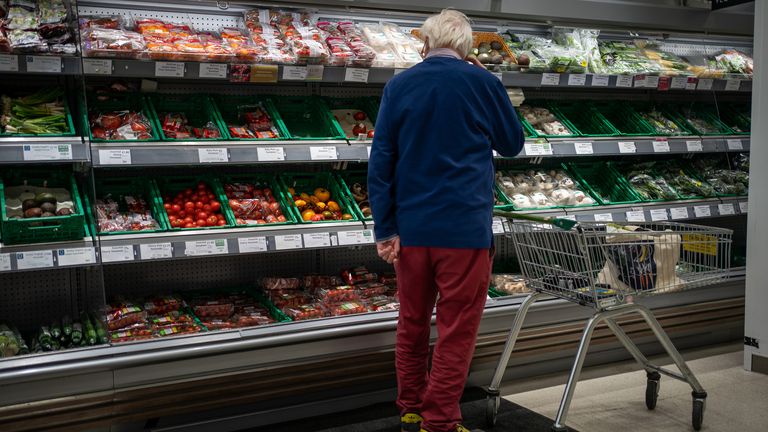 Image: The government says it is ‘taking action to directly help families with the cost of living’. File pic

“It can lead to more epileptic episodes and partial seizures which also affects his IBS, and we’re in a never-ending circle.”

Earlier this month, Jonathan Brearley, Ofgem’s chief executive, admitted there should have been tighter controls on new entrants to the energy market. 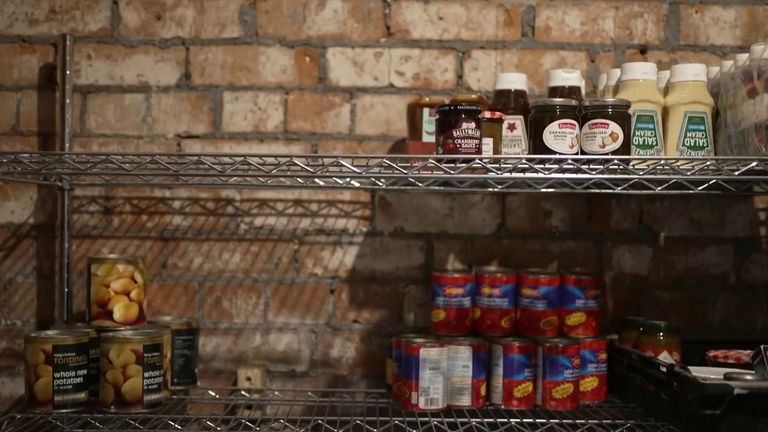 The BEIS committee also said that, while the government can increase support for bill payers, a better strategy long-term would be to reduce demand for energy.

The UK has the worst level of home insulation in Europe and the committee said that a fully-funded national campaign to insulate homes “street by street, community by community” was needed.

Mr Jones said: “Ultimately, ministers know that the long-term solution is to reduce our need for energy through insulation works that keep our homes warm in winter and cool in summer.

“If the government is really taking this energy crisis and the country’s net-zero targets seriously, it will come forward with a bold, fully-funded, national home insulation programme before the end of the year.”

BEIS said: “We are also investing £6.6bn this parliament to improve the energy efficiency of homes, delivering savings of £300 a year on average.”