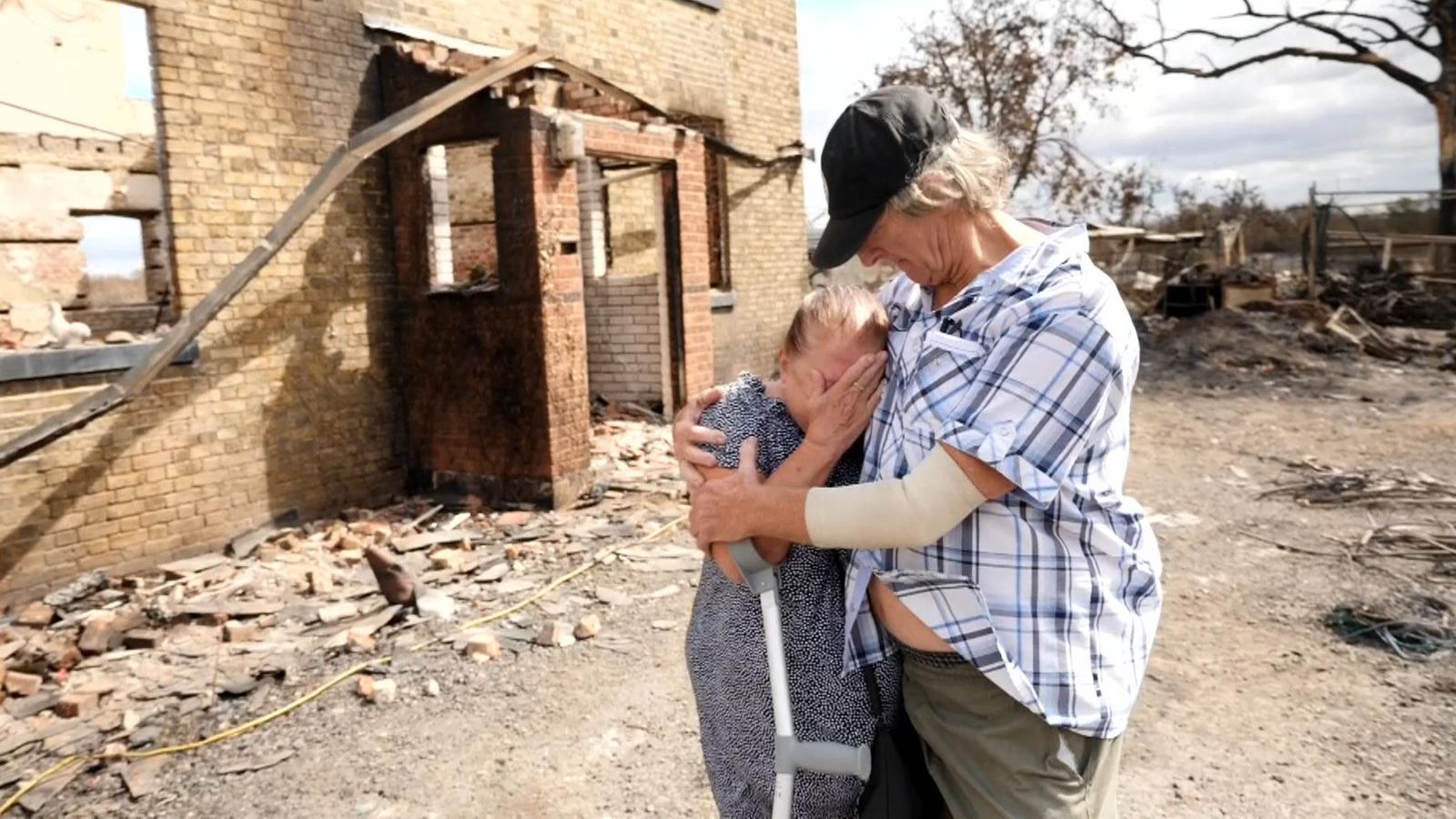 Wennington residents have been getting to grips with the devastation caused by the heatwave fires last week as they revisit the remains of their homes.

Several houses were destroyed and others were severely damaged in the east London village on the hottest day ever in the UK last week after grass fires broke out, engulfing properties, as black smoke billowed into the air.

The London Fire Brigade (LFB) sent 15 fire engines and about 100 firefighters to the area to deal with blazes that covered a number of buildings and grassland. 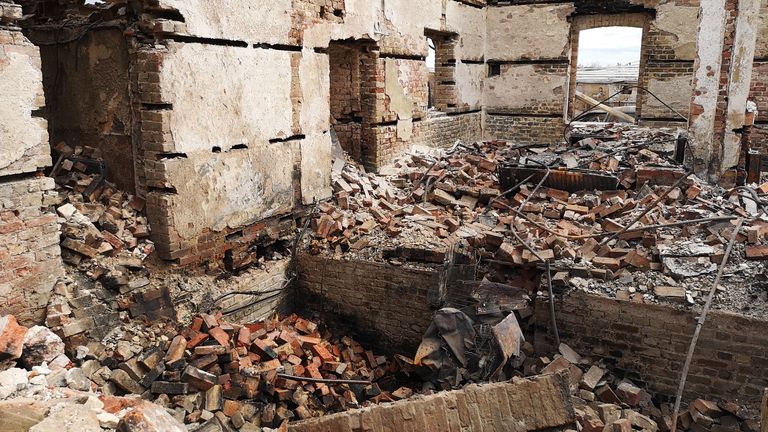 Image: The couple’s home was completely destroyed in the fire

Fire officials have told Sky News that some of the people whose homes have been destroyed are still on holiday and so have not yet seen what remains of their homes.

The area has been cordoned off since the fire broke out, but the cordon in Wennington was lifted on Sunday and residents returned to see what remains of their homes.

Alfie and Helen Taylor lived in their home for nearly four decades but the fire burnt their property to a crisp.

Barely able to hold back tears, 70-year-old Mrs Taylor said that they had recently just renovated the house.

“We’ve just done another couple of rooms downstairs and another one upstairs, all to no avail,” she said.

“It’s just gone. [I would have saved] my mum’s table and chairs, that she bought me just before she died and a durian nick nack, something my grandkids bought me.”

An equally emotional Mr Taylor said friends, family members, neighbours and the local pub have all shown their support. 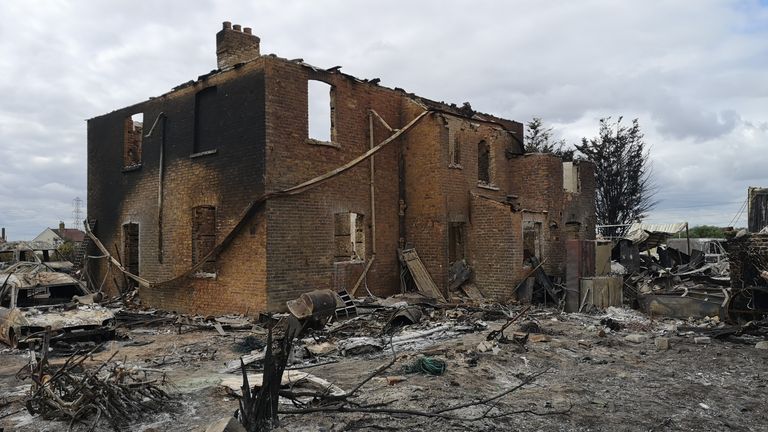 Image: The London Fire Brigade (LFB) sent 15 fire engines and about 100 firefighters to the area 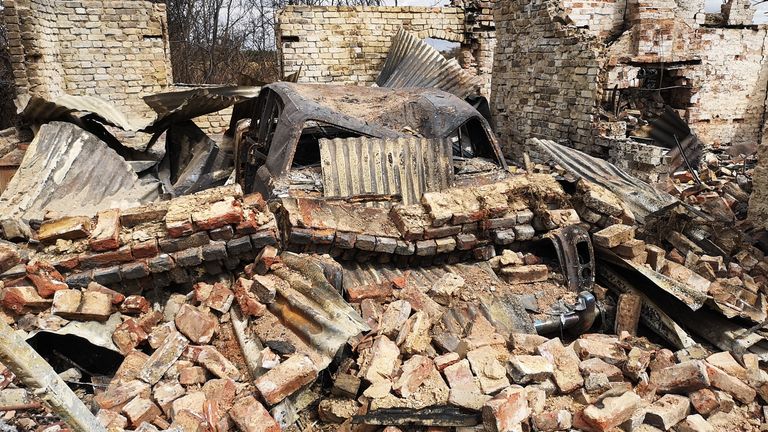 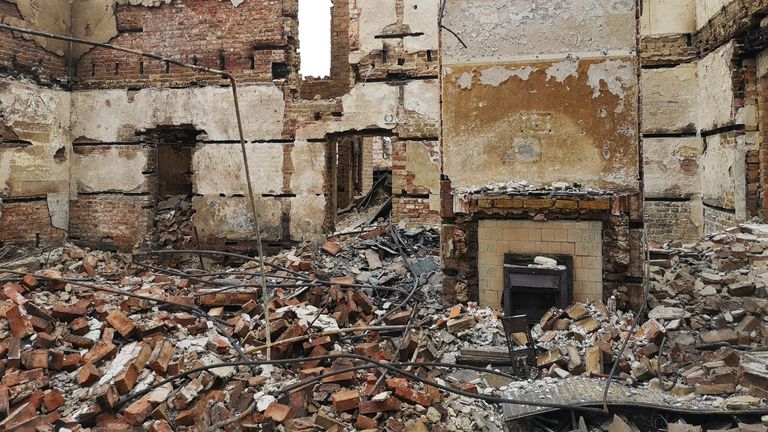 Image: Wennington residents have been revisiting the remains of their homes since the fires

Mrs Taylor added that houses can be rebuilt but the important thing is that everyone in the village is “still alive”. 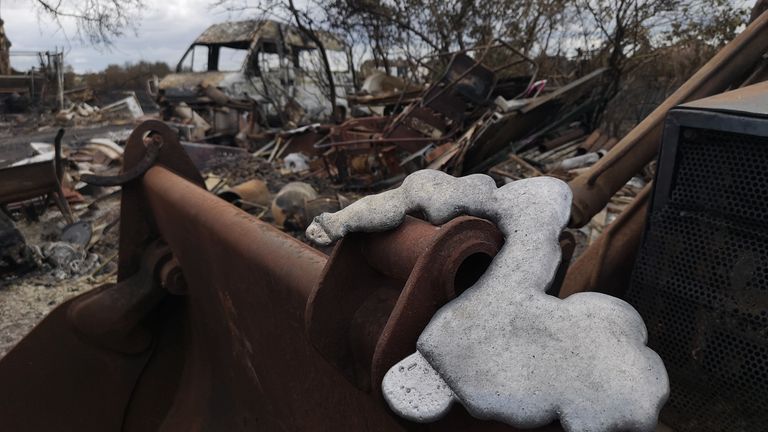 Image: At least 17 homes were destroyed in the fire

The couple returned to the house a few days after the fire but said that it was much worse seeing the damage on Monday. The family’s nephew and niece have started a Go Fund Me page, which says: “They had many decades of glorious years with their family and moving into retirement, with Alf caring for his disabled wife Helen more and more until Tuesday when they’re world was changed forever as they watched all their worldly belongs go up in flames.”

At least 17 homes were destroyed in the fire, and Mr Bennett was told by some that they will not be moving back, even though their homes have not been destroyed.