Britney Spears’ lawyers have urged a US judge to dismiss a request for her to be questioned made by her father, as the legal battle in the aftermath of her conservatorship ending continues.

The singer’s legal team has accused Jamie Spears of “sinking to a new low” and say his recent legal filings against his daughter demonstrate “his intent to harass, harm, and re-traumatise” her.

Judge Brenda Penny – who recently ordered Spears’ father to face questions over alleged surveillance during her conservatorship – is due to make a decision in the matter later on Wednesday. 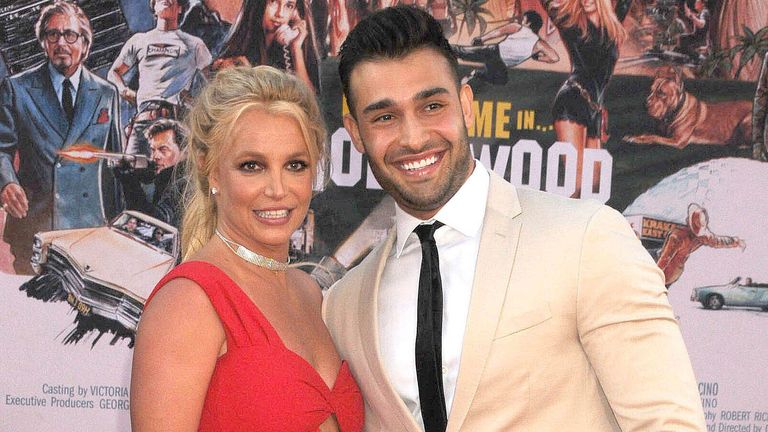 Despite the termination of Spears’ guardianship – which controlled her personal life and finances for more than 13 years – at a landmark court hearing in November 2021, the legal battle continues.

New documents filed on Tuesday claim there have been “numerous misrepresentations of fact and law” in Jamie Spears’ previous requests to the court, according to the Press Association news agency, which has obtained the papers.

“Mr Spears’ has sunk to a new low by presenting the Court with misleading ‘exhibits’ containing Ms Spears’s private and confidential, sealed information,” the documents stated.

“As we have discussed, any deposition at all, even (or especially) with the so-called ‘options’ urged by Mr Spears (ie, a ‘referee’, which would be improper) would, in and of itself be harassing and re-traumatize Ms Spears.

“For the foregoing reasons and those in the record, we respectfully submit that this court must adopt its tentative ruling denying Mr Spears’ motion to compel Ms Spears’ deposition.”

Earlier in July, Jamie Spears was ordered by the judge to appear in court over alleged claims he spied on his superstar daughter while he was her conservator.

He previously denied all allegations that he used secret recording devices hidden in her bedroom while the legal agreement was in place, saying the claims are “false”.

In a court filing made earlier in July he denied bugging her bedroom, saying: “I never conducted or authorised any surveillance of Britney’s bedroom at any time, including during the conservatorship.”

The singer, 40, was freed from the controversial legal arrangement, which allowed her father and others to control her life and finances, after her requests to the court were made public following years of private hearings.

In a public court hearing in the months leading up to the milestone ruling, she criticised her father for controlling her life, and has continued to speak out about her family’s lack of support over the years.

In June, she married partner Sam Asgahri, 28, at their home in Los Angeles, in a small ceremony attended by celebrity guests including Madonna and Selena Gomez.

UK and French services left rescue of more than 30 drowning migrants in Channel to each other, report claims