A viral hit debut, a number one album and a Mercury Prize nomination in little over 12 months – it’s been quite the year for British alternative indie-rock duo Wet Leg.

But now a nod from a former president of the United States might just be the cherry on the cake.

Sharing his annual summer playlist on social media on Tuesday, Barack Obama revealed he has been listening to Angelica, released by the band in February 2022.

Wet Leg – Rhian Teasdale and Hester Chambers, from the Isle of Wight – seemed pretty surprised at the presidential endorsement.

However, perhaps they shouldn’t be, as the former US leader follows in the footsteps of Dave Grohl, Iggy Pop and Florence Welch, who have all sung the band’s praises.

Angelica is one of 44 songs featured in Mr Obama’s much anticipated list, which features classics as well as tracks from new artists.

“Every year, I get excited to share my summer playlist because I learn about so many new artists from your replies – it’s an example of how music really can bring us all together,” the former president, 60, wrote on Twitter.

Top on the list of his summer picks is Beyonce’s newly released track Break My Soul, from her upcoming seventh studio album Renaissance. 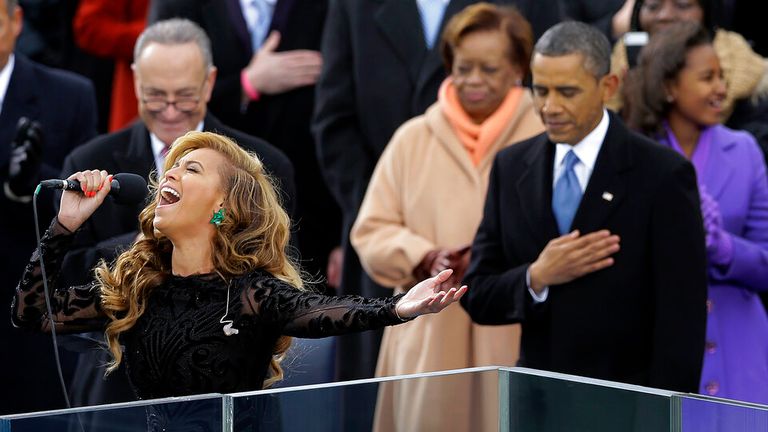 Music For A Sushi Restaurant, from Styles’ third solo album, Harry’s House – also nominated for this year’s Mercury Prize – is another of his favourites.

Rapper Lil Yachty, whose 2020 track Split/Whole Time was also included, shared the playlist on Instagram and wrote: “Thanks @barackobama sir.”

Wet Leg, whose debut single Chaise Longue went viral in 2021 and now has 6.5 million views on YouTube, were among the artists revealed earlier this week to be up for this year’s Mercury Prize.

“We’re so freakin’ lucky that we got to make the album that we made,” they tweeted after the announcement. “These past couple of years have been full of surprises and unexpected adventures. Here’s perhaps one of our fave surprises so far… Our debut album has been shortlisted for a @MercuryPrize.”

They are among 12 acts shortlisted for the award, which recognises the best albums of the year by musicians from the UK and Ireland.

Styles, Sam Fender, Little Simz and Self Esteem are also among this year’s shortlisted artists.