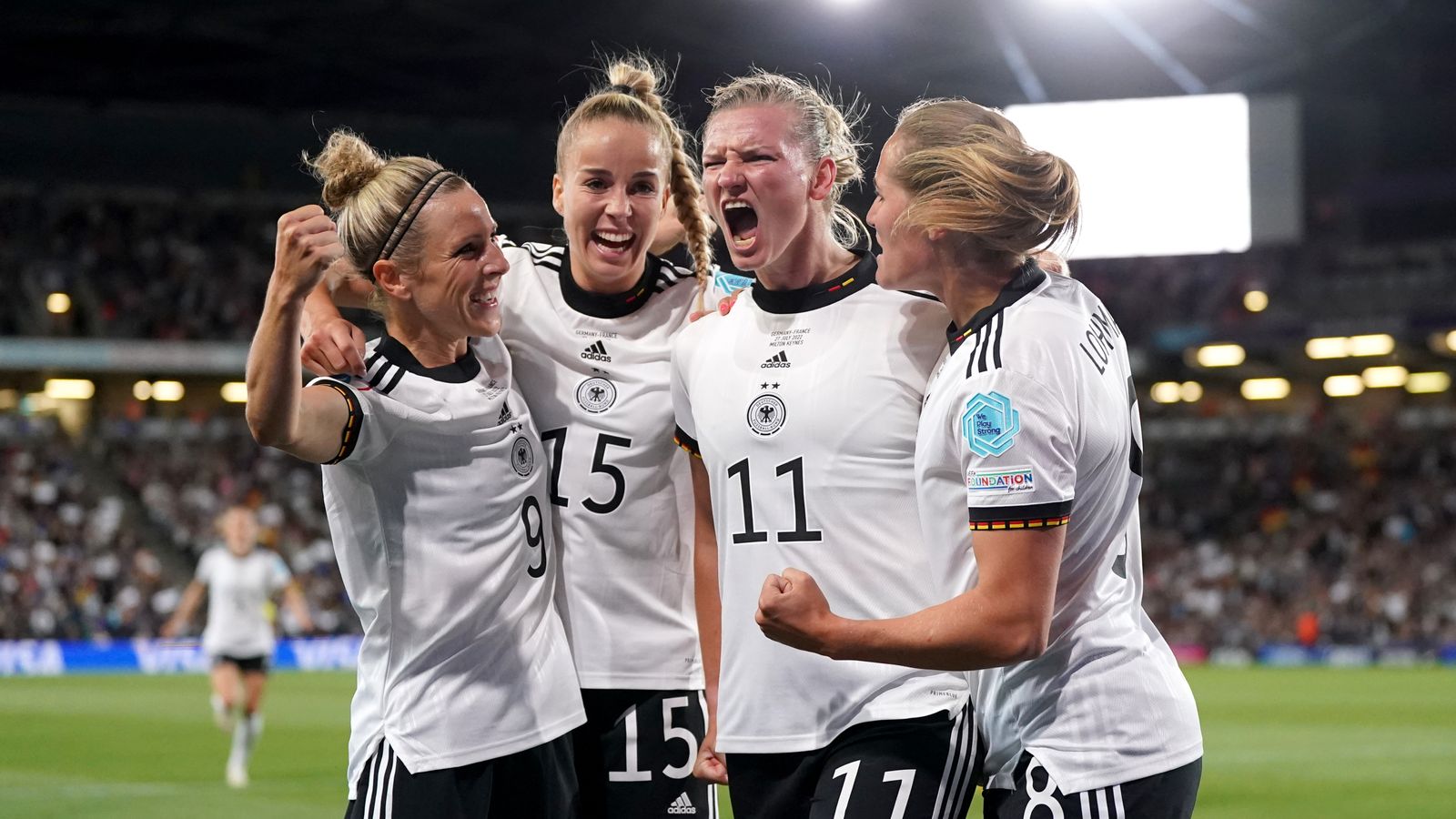 England’s Lionesses will battle it out against Germany in the final of Euro 2022 at Wembley on Sunday.

It comes after the Germans defeated France 2-1 in their semi-final in Milton Keynes, with two goals from Alexandra Popp.

After a cagey start, Germany went ahead in the 40th minute when Popp beat French keeper Pauline Peyraud-Magni with a crisp finish following a fine cross from Svenja Huth. Image: Popp put her side in front in the 40th minute

France then levelled matters four minutes later through an unfortunate own goal from German keeper Merle Frohms just before half-time.

Kadidiatou Diani unleashed a fierce drive on the turn which rebounded off the post and on to the back of Frohms before going in the net.

Popp then got her second and ultimately decisive goal in the 76th minute, powering home a superb header from another excellent Huth cross.

It meant the 31-year-old Wolfsburg forward drew level with England’s Beth Mead in the race for the golden boot with six goals in the competition so far.

For Germany, it will be their ninth European final. They have triumphed in all eight of their previous appearances.

On Tuesday, England secured their spot in the last two after thrashing Sweden 4-0 at Bramall Lane. Image: Popp has now scored six goals in the competition and is level with England’s Beth Mead

Goals from Beth Mead, Lucy Bronze, Alessia Russo and Fran Kirby saw them power to victory in Sheffield against the highest-ranked team in the competition.

Read more:
Meet the Lionesses aiming for glory at Euro 2022
How Lionesses found the perfect blend to reach final

England’s women will be trying to get their hands on major silverware for the first time in their history when they play at a sold-out Wembley Stadium at 5pm this Sunday.

They have never won a World Cup or European Championship title and the last time they were in a major final was in 2009 when they lost to Germany in the Euros. 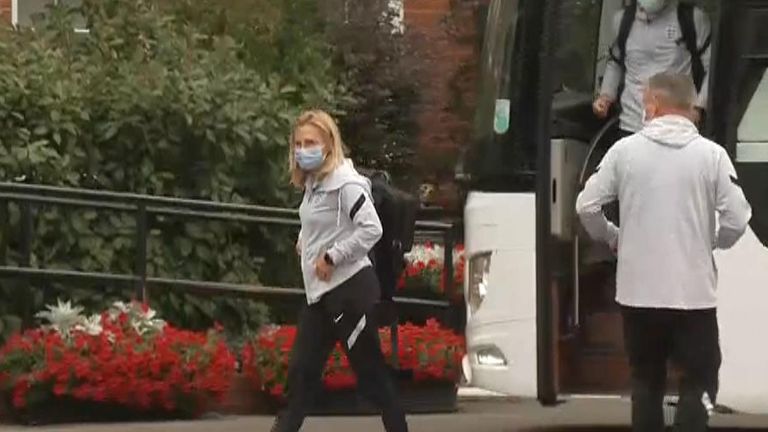 Meanwhile, the Lionesses have made their first public appearance since their semi-final triumph.

They gave a jubilant wave as they appeared outside their hotel in southwest London.

“We want to inspire the nation. I think that’s what we’re doing,” said head coach Sarina Wiegman, who will lead her players out at Wembley.

“And we want to make a difference, so we hope that we got everyone so enthusiastic and that at the end the whole country is proud of us and that even more girls and boys will start playing football.”

Free access will be provided for 7,000 fans on Sunday, 2,000 more than the semi-final’s screening capacity.