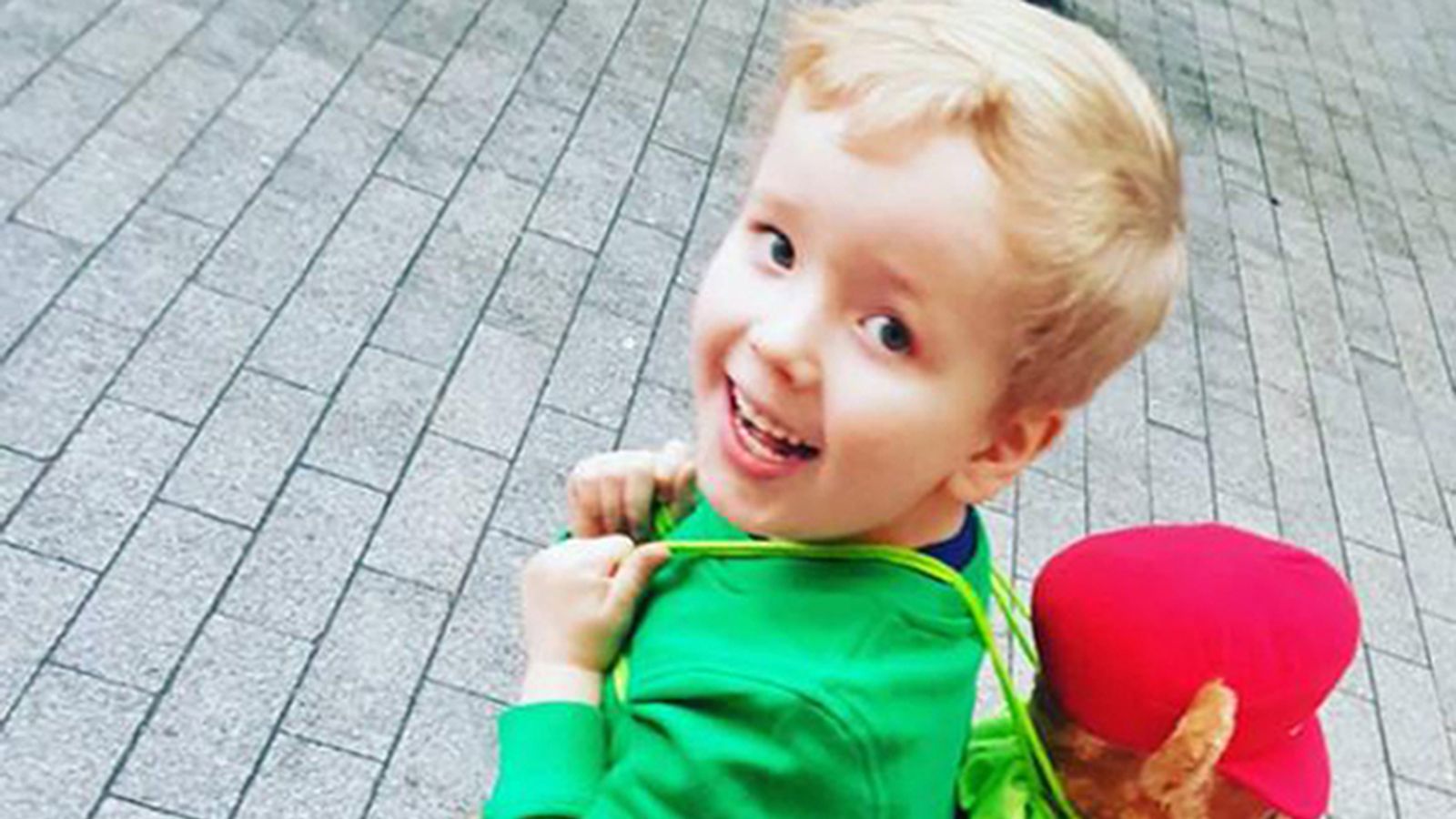 One of the killers of six-year-old Arthur Labinjo-Hughes has had his prison sentence increased by judges at the Court of Appeal.

Arthur’s stepmother, Emma Tustin, was jailed for life with a minimum term of 29 years in December last year for murder, while his father, Thomas Hughes, was sentenced to 21 years for manslaughter.

The pair appealed against the length of their sentences – which were also referred to appeal court judges for being unduly lenient.

Judges have lengthened Hughes’s jail term by three years, to 24 years, while Tustin’s has remained unchanged. 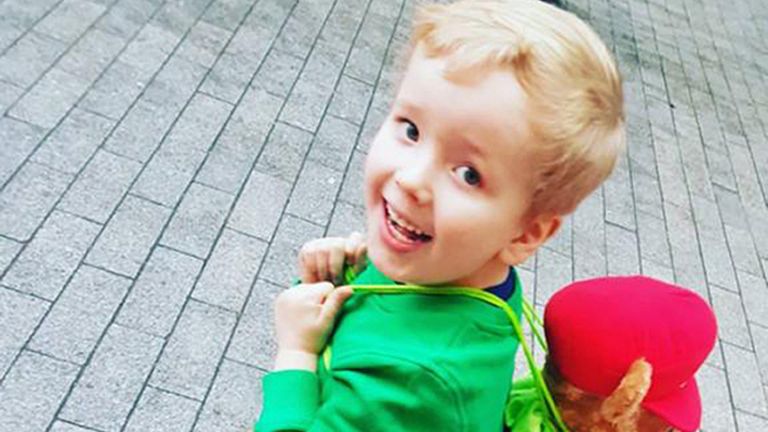 Image: Arthur Labinjo-Hughes was left with an unsurvivable brain injury while in the care of his stepmother

Tustin and Hughes were convicted of killing the youngster, who suffered an unsurvivable brain injury while in Tustin’s care.

The child, from Solihull in the West Midlands, was poisoned, starved and beaten by Tustin, 32, and Hughes, 29, in a prolonged campaign of abuse.

Hughes was convicted of encouraging the killing, including by sending a text message to Tustin 18 hours before the fatal assault, telling her to “just end him”.

Lord Chief Justice Lord Burnett said the “manslaughter bristled with aggravating features including as grave a breach of trust as can be imagined in respect of a small boy who was especially vulnerable”.

Lord Burnett added: “He (Hughes) lied to Arthur’s school to keep him at home to protect both himself and Tustin.

“The judge’s view was that the offence fell just short of murder and, as we have said, the risk of death, given the preceding conduct, was real.

“In our view the appropriate sentence is one of 24 years’ imprisonment to take account of all the offending.” 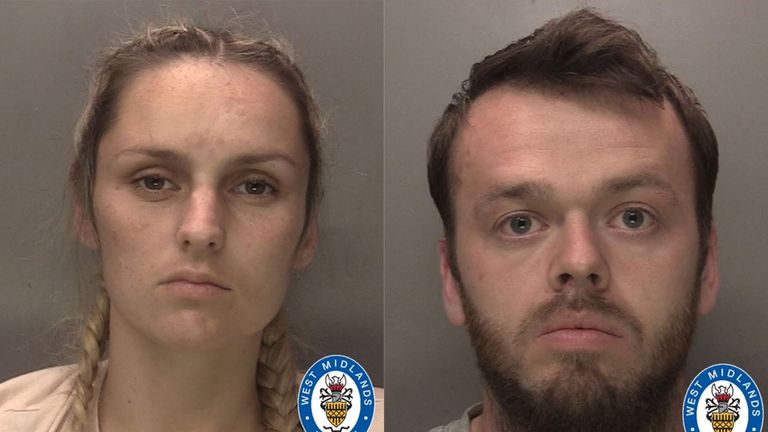 Turning to Tustin, Lord Burnett said anyone looking at the “detailed written materials” submitted, along with CCTV footage, “would find it hard to contemplate how anyone, let alone someone with joint responsibility for his care, could have treated Arthur as (she) did”.

Explaining the decision not to increase Tustin’s sentence, he added: “The child cruelty in which she engaged was at the top end of the scale for sentencing purposes, had it been considered in isolation.”

Lord Burnett continued: “The mechanisms of assault reflected explosive violence calculated to cause maximum harm rather than any sadism in the usual sense of the word.

“It would not alone have taken this case into 30-year minimum territory.”

He was handed three mandatory life sentences and ordered to serve a minimum term of 40 years at Preston Crown Court in December after he murdered two of his children and his new partner.

While on police bail six years later, he killed his new girlfriend, Evie Adams, 23, with a drug overdose in October 2019. 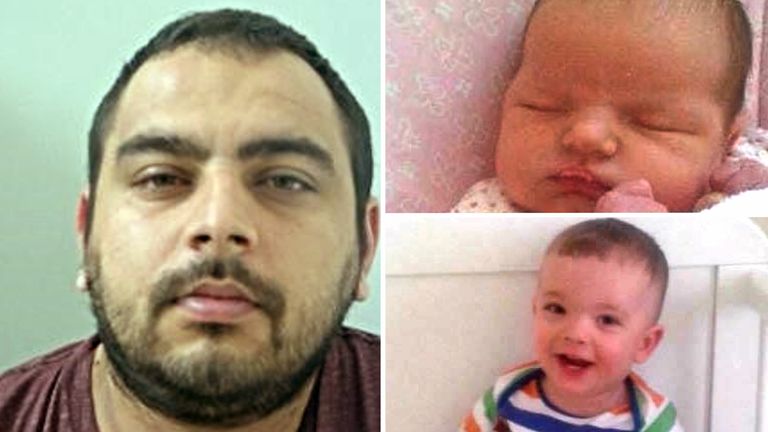 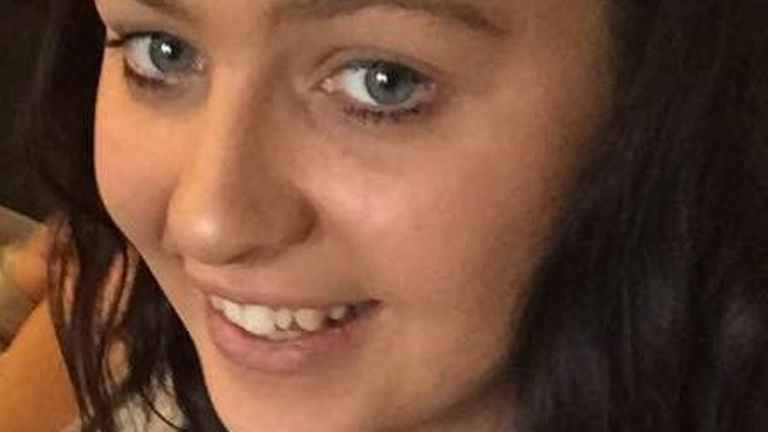 Image: Evie Adams was killed after threatening to dump Monaghan

The decisions about Hughes, Tustin and Monaghan were issued together with further ones about Wayne Couzens, who murdered Sarah Everard, and Ian Stewart.

Stewart, who murdered his wife and fiancee six years apart, could one day be released from prison after he appealed against his whole life sentence.

He killed 51-year-old children’s author Helen Bailey in 2016 and was found guilty of her murder in 2017.

Following that conviction, police investigated the 2010 death of Stewart’s first wife, Diane Stewart, 47, and in February he was found guilty of her murder.

The double murderer’s appeal against the whole-life term was reviewed by five senior judges and has been reduced.

He will now serve a minimum term of 35 years.

Couzens was given a whole life sentence for the rape and murder of 33-year-old Ms Everard, whom he abducted in south London on 3 March 2021.

It was the first time that sentence had been imposed for a single murder of an adult not committed in the course of a terror attack.

Appealing against the term, Couzens’ lawyers argued that he deserved “decades in jail” but said a whole-life term was excessive.

But on Friday, Lord Burnett and other judges refused to lower his sentence.