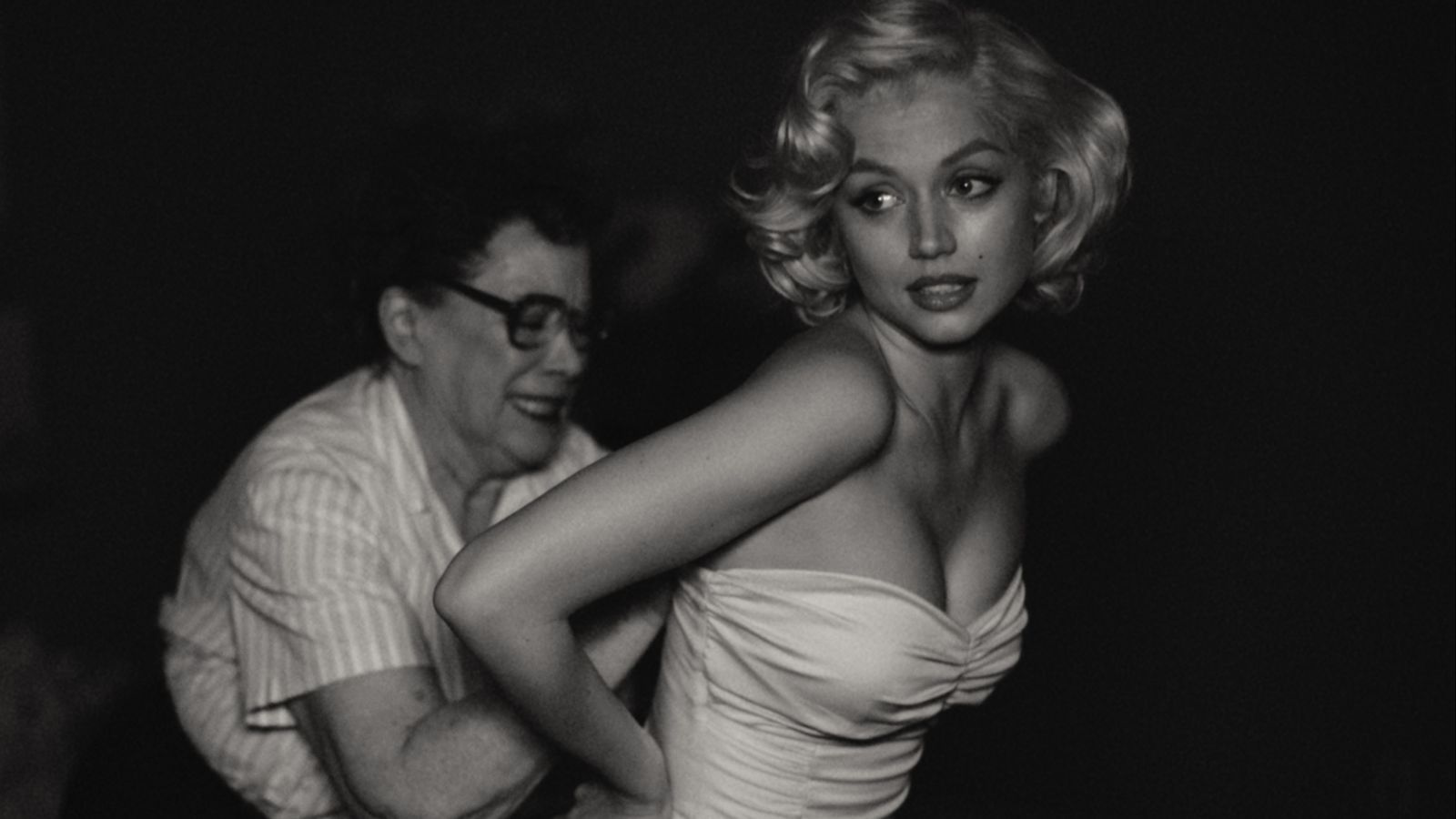 Netflix have released the official trailer for Blonde, showing a transformed Ana de Armas – who has gone from dark brunette to platinum blonde – in the lead role of Marilyn Monroe.

The two-minute video – which is largely in black and white – shows the Cuban-born actress with Monroe’s trademark platinum curls, as she gets ready for a film premiere before posing for the paparazzi.

The movie is rated NC-17 – the highest motion picture rating, meaning the film contains strong, or explicit adult content, and is not suitable for those aged 17 or under. The UK equivalent is an 18 certificate. 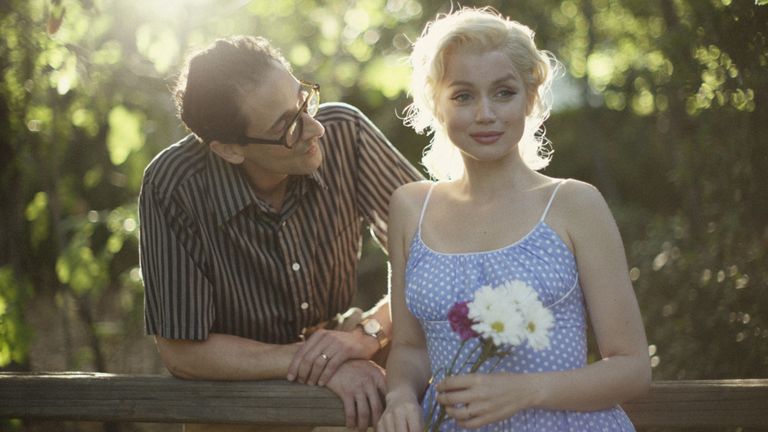 Written and directed by Australian director and screenwriter Andrew Dominik, Blonde will premiere at this year’s Venice film festival.

Set to Diamonds Are A Girl’s Best Friend, the movie mixes fact with fiction to reimagine the star’s seemingly glamorous life.

In the trailer we hear de Armas say in a voiceover: “I can’t face doing another scene with Marilyn Monroe. Marilyn doesn’t exist.

“When I come out of my dressing room I am Norma Jeane. I’m still her when the camera is rolling. Marilyn Monroe only exists on the screen.”

We also see a recreation of the now iconic moment in the 1955 feature The Seven Year Itch in which Monroe’s white dress lifts up as she stands above a subway grate. 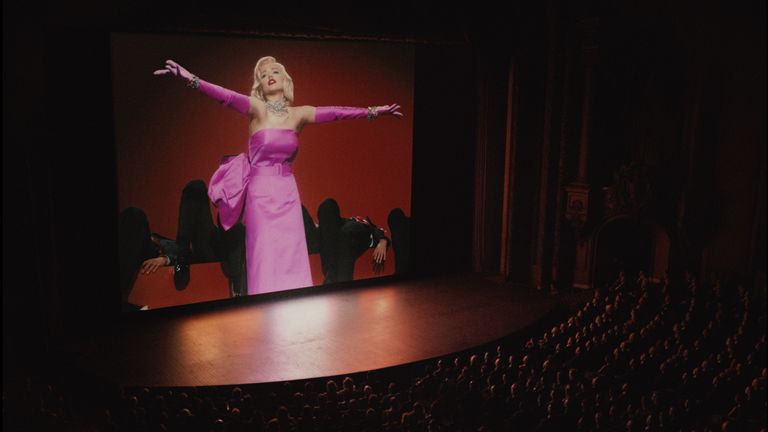 The trailer ends with the words “Watched by all, seen by none”.

The highly-anticipated movie is based on the novel of the same name by Joyce Carol Oates.

Exploring the division between her public and private lives, it follows the singer and actress from her volatile childhood as Norma Jeane Mortenson to her international stardom and high-profile romances.

De Armas, 34, recently appeared as Paloma in the Bond film No Time To Die, as well as Deep Water opposite Ben Affleck and another Netflix offering, The Gray Man.

Blonde is released on Netflix on 28 September, following its premiere at the Venice festival, where it will compete for a Golden Lion award.