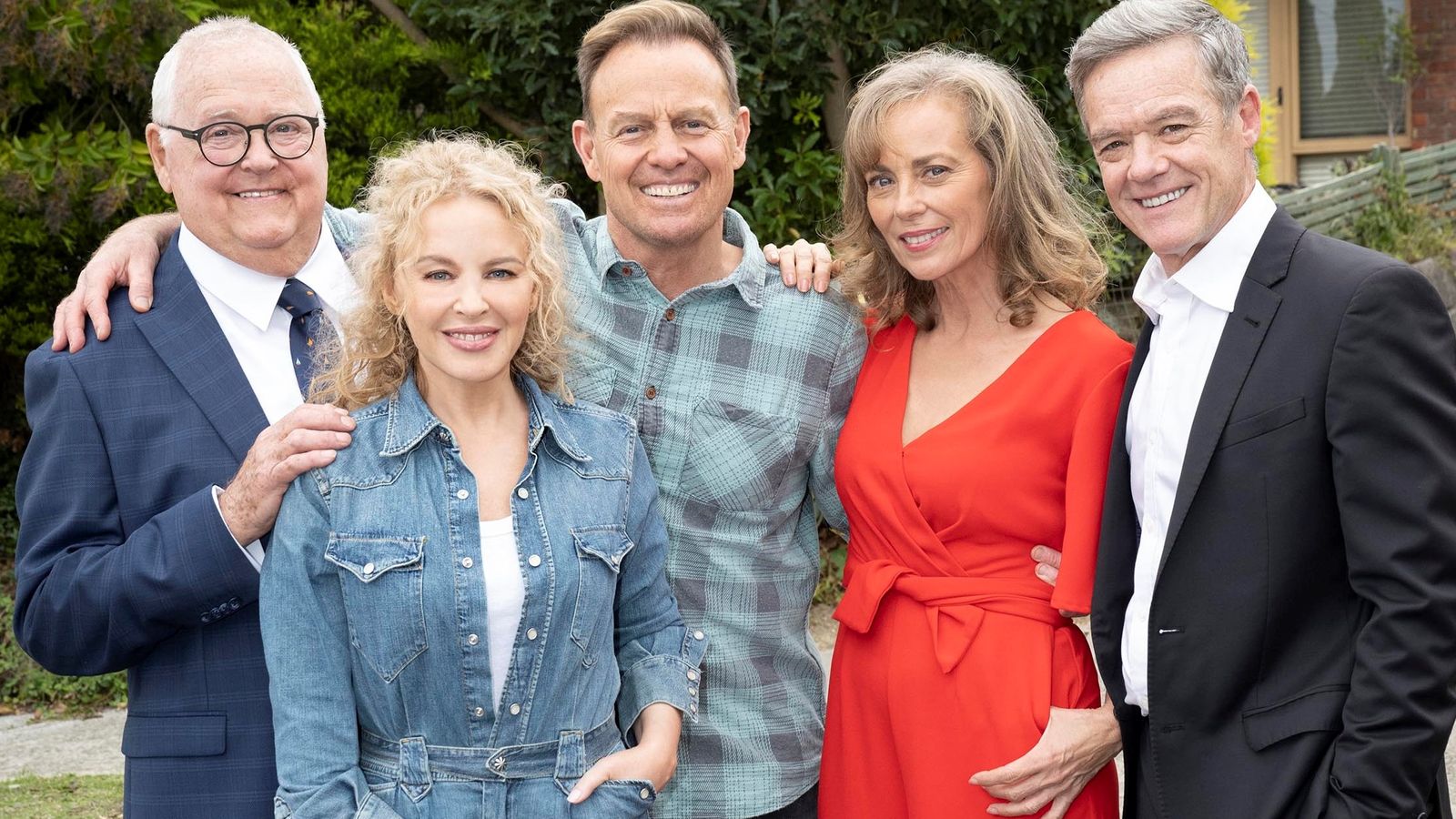 Everybody needs good neighbours – but alas, it’s finally time to say goodbye once and for all to the residents of Ramsay Street.

After 37 years and 8,903 episodes, Neighbours is no more – the emotional final episodes having aired in Australia ahead of the UK broadcast.

Ever since it was announced that the soap was being axed, no doubt those of us of a certain age, the fans who were glued during its heyday, have been desperately swotting up on the last, ooh, 20 or so years to make sure we are up to speed. 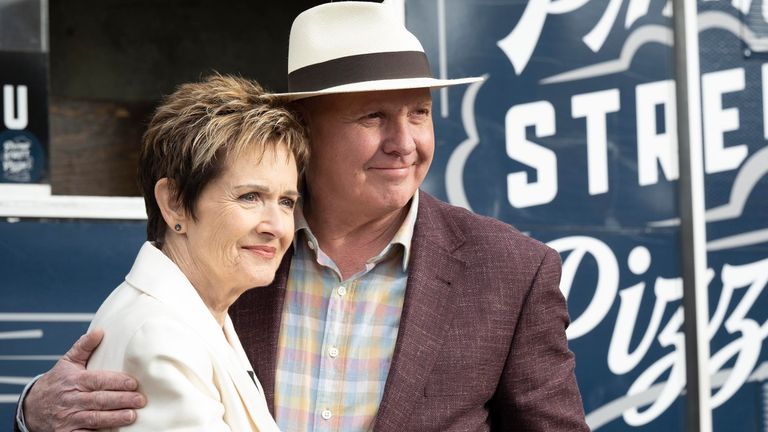 Okay, maybe that’s just me. But while growing up and getting on with adult life meant we kicked our daily 5.35pm habit a while back, it still provided comfort TV on those days we happened to be at home and free to drop in. While faces changed, like any good friend you haven’t seen in a while, it was never too hard to pick up where we left off.

Back in the 1980s and ’90s, Neighbours was event TV. Scott and Charlene’s wedding, Bouncer’s dream, of course, but also so many other relationships, love triangles and tragedies. Brad and Beth! Phoebe and Todd! Libby and Drew! And I’m sure I’m not the only one who used to be convinced that Jim Robinson (Alan Dale, now of The OC and Lost fame) sang the theme tune. Right?

So this truly is the end of an era. And how do you end a show that has been such a huge part of our culture for so long?

Well, if you’re Neighbours, you have a Toadie wedding. You create a history book storyline for people to share their memories, giving viewers a walk down Ramsay Street memory lane. And you invite back the big-hitters.

It’s no spoiler to say that Scott and Charlene are back, driving into Ramsay Street blasting out a song that will no doubt fill Kylie Minogue and Jason Donovan fans with glee. But Hollywood star Guy Pearce and Annie Jones are there too, as Mike Young and “Plain” Jane Harris, and there are cameos from the likes of Delta Goodrum, Holly Valance, Natalie Imbruglia and Margot Robbie.

There’s something really lovely about seeing so many stars past and present appearing on screen to be part of this final goodbye. I mean, Robbie is reportedly the highest paid actress in Hollywood – she’s Barbie! – Pearce hasn’t done too badly for himself either, and Kylie Minogue is Kylie Minogue.

In an industry where huge stars can sometimes be keen to distance themselves from any of their less serious roots, it’s a testament to the love for Neighbours and how these famous faces credit the show for the leg-up to the A-list.

A Paul Robinson (Stefan Dennis) voiceover sets the scene for what for many is going to be a tear-jerker. “Ramsay Street,” he begins. “It’s just an ordinary street in an ordinary neighbourhood… where extraordinary things tend to happen.”

Jarrod “Toadfish” Rebecchi is marrying Melanie Pearson, who you may remember from the old old days, the receptionist with the, um, interesting laugh who married Joe Mangel. Melanie was a Ramsay Street resident way before Toadie and his ponytail (RIP) entered the scene, so their union brings a neat reason for gathering faces past and present (even if some are on video call). 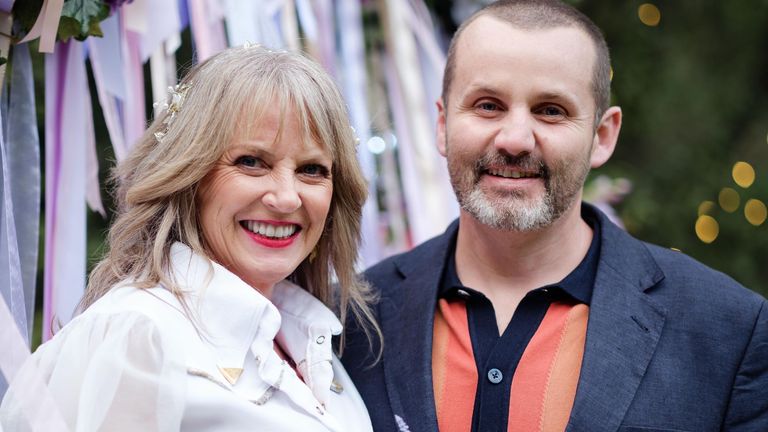 But as they get ready to wed, they realise it’s time for a fresh start. Since Toadie’s first wife Dee went missing when he drove off a cliff just hours after their wedding, and another wedding ended up with an explosion and his wife dying of cancer, this seems fair enough.

However, it’s not just Toadie and Melanie who want a fresh start. Everyone is moving! Everyone that is, apart from Karl and Susan Kennedy. So this really is goodbye. Or is it? (We won’t spoil this bit).

Elsewhere, Izzy, who recently arrived back as the girlfriend of Mal – yes, that’s Izzy, the woman who (temporarily) split up Karl and Susan, everyone’s favourite Ramsay Street couple, and Mal, their eldest son – has shown her true colours and ditched Mal. Who for? Shane Ramsay, one of the Neighbours originals, seemingly because he’s a man with two cars.

But at least she was honest about it, and in these last episodes it seems like a sort of truce with Susan has finally been made. 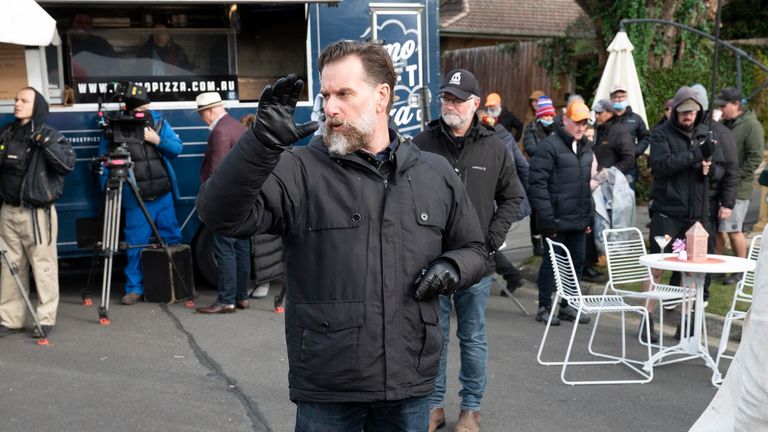 Mike, who vroomed back in on his motorbike as if the last 30 or so years had never happened, is wooing Plain Jane Superbrain all over again.

And Paul Robinson, who has been back in the soap for years after an 11-year break following his first stint, is involved in a will-they, won’t-they romance storyline with Terese Willis (Rebekah Elmaloglou, who confusingly you may remember as Sophie from Home And Away).

There are some lovely nods back to the past: Harold with his hosepipe, Charlene dressed in a denim boilersuit and looking ready to break into her former home through a window, just as she did in her first ever scene, as well as all the messages from old friends. In the episodes building up to this, there have also been flashbacks to the old days as well.

As this is soapland, some familiar faces might just come back from beyond the grave, too. Of course, it’s all dolloped in a healthy dose of cheese, but surely we wouldn’t want it any other way?

Speaking to Sky News before the episodes aired, Jackie Woodburne, who plays Susan Kennedy, said the cast had taken bets on how it would finish. Would it be aliens? An explosion? A sinkhole? 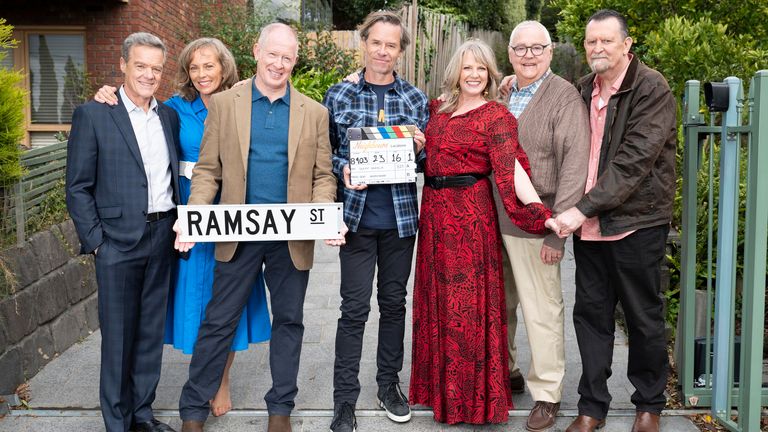 But while it always had its drama, in the end, Neighbours needed no technical trickery, bombshell storylines, or a wedding that ended in disaster. This was simply an opportunity to reflect and honour the people who have called Ramsay Street home.

And who better than its matriarch Susan to do the honours? “Karl… I love you,” she tells her husband, one last time, and I’m not crying, you’re crying.

Then, she begins her Ramsay Street history book message, walking out into the cul-de-sac she has called home for almost 28 years, surveying the celebrations.

“Things seldom ran smoothly, of course… but they usually worked out in the end,” she says.

“Everyone deserves a place in the history of Ramsay Street,” Susan continues, and now she’s acknowledging the viewers; you’ll really need a hanky for this bit. “Even those who watched us from afar.

“Together, we have been… the perfect blend.”

No longer only a footstep away, Neighbours is no more. Consider this my petition for a streamer to do a UK Gold and pick it up from the beginning.