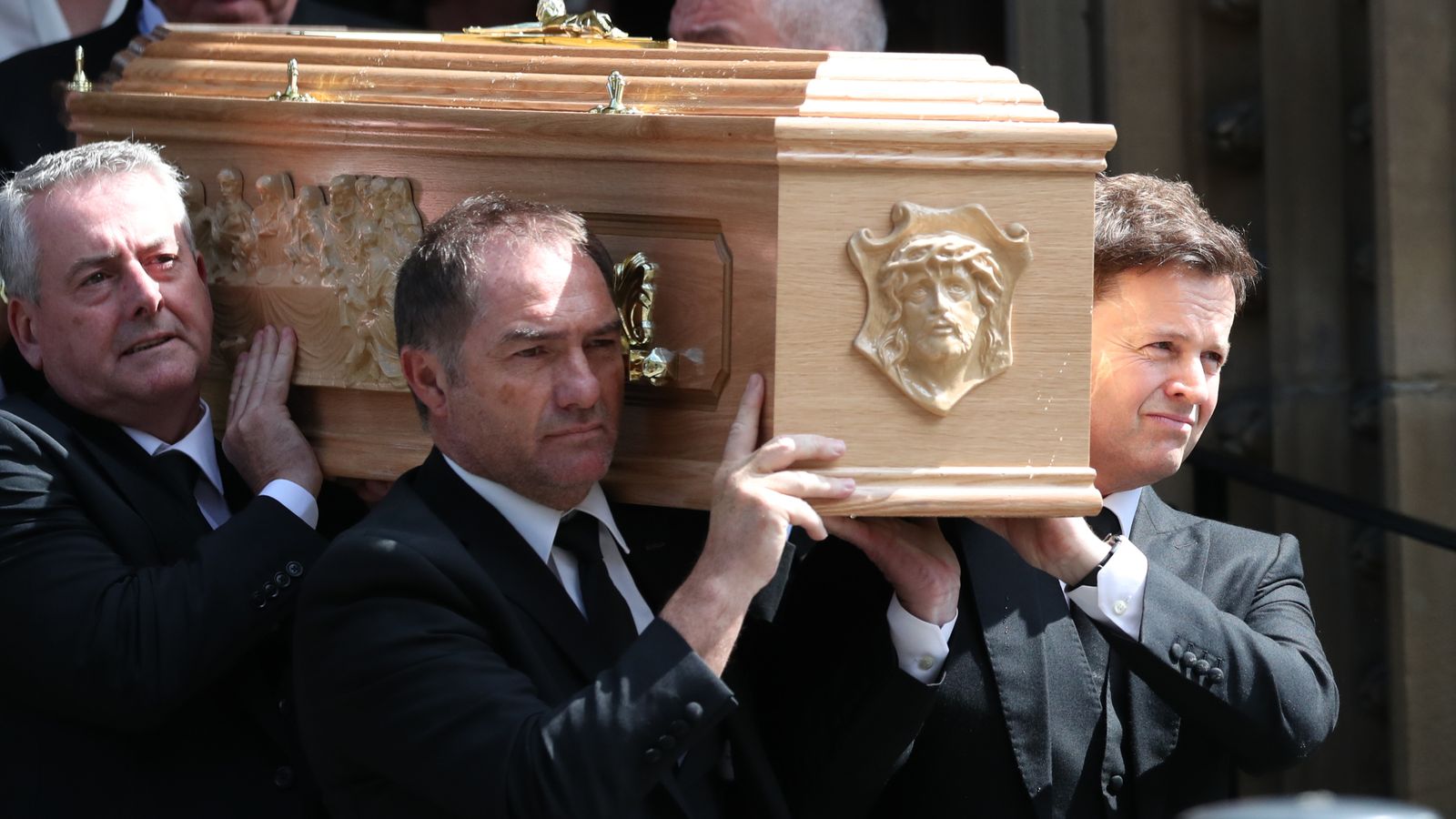 Declan Donnelly – one half of TV duo Ant and Dec – has attended a Requiem Mass for his brother, telling mourners the family “can’t understand why he’s gone”.

He had recently celebrated 30 years of service in the Catholic church. Image: Dec said his brother had a ‘fantastic sense of humour’

The Mass was held at St Mary’s Cathedral in Newcastle – where Dec married Ali Astall in 2015, in a service led by his brother.

Hundreds of people gathered on Friday, with more than 2,000 watching on a livestream.

Speaking during the service, an emotional Dec said the world is a “worse place because Dermott is no longer with us”.

He added: “We can’t believe he’s gone, we still can’t understand why he’s gone – but we trust God took him because his talents were needed elsewhere.

“We as a family will miss him immeasurably.”

Dec thanked the congregation for “all the amazing tributes and messages of support”, saying the family had been “simply overwhelmed by the kindness we’ve been shown”. 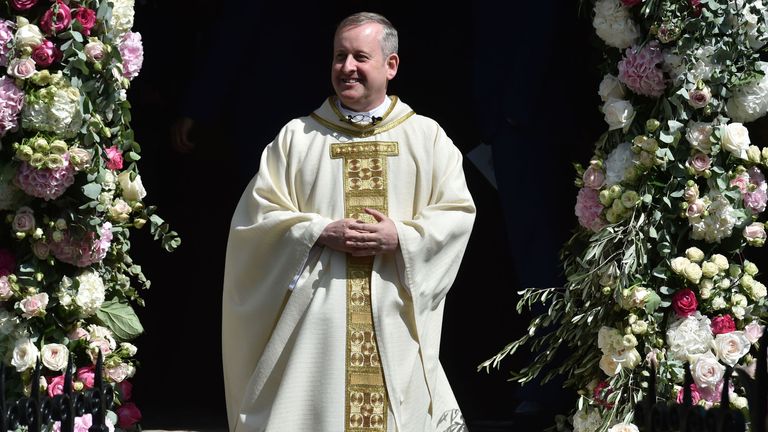 The TV star told how Father Dermot had been the middle child of seven, the family sharing a three-bedroom house in Newcastle – four boys in one room, three girls in another.

Dec said: “Dermott and I, being the youngest boys, were confined to the bottom bunks, and on the occasions when my five or six-year-old overactive imagination created monsters under the bed, I would run out of bed, jump into Dermott’s bunk and he would calm me down in the middle of the night with stories he invented.”

Dec also praised his brother’s “fantastic sense of humour and fantastic sense of adventure”, and said his wish to be a priest was “definitely there from an early age” as their mother Anne remembered him wanting to “play Mass” as a child.

And he joked about his brother’s fundraising efforts, saying: “You name it, Dermott monetised it.” Image: Ant and Dec embrace outside the cathedral

Father Dermot was known for his work with young people and was a member of the clergy at St Joseph’s Church in Stanley, County Durham.

Bishop of Hexham and Newcastle, Robert Byrne, said: “The huge numbers of people here this morning joining us in this cathedral and St Michael’s (church) by livestreaming is an obvious testament to the ministry of a gifted priest.”

During his career, Father Dermott was a supporter of the Catholic Agency for Overseas Development, CAFOD.

Monica Conmee, its head of education, said the priest had been a “great friend of CAFOD”, adding: “Father Dermott chose to stand in the light, and through his immense talent and gifts, so generously guided thousands of young people to experience the love and light of God in their own lives, inspiring them to share this with others.”

Ant McPartlin said in a tribute: “Father Dermott you were the kindest, wisest man I knew. Rest in peace my friend. You will never be forgotten.

“My thoughts, prayers and love are with your wonderful family. The world has lost a special man.”