Boris Johnson and his wife Carrie have celebrated their lockdown wedding with a lavish party in the Cotswolds.

The pair wed in secret in May 2021 in a small ceremony at Westminster Cathedral, but due to COVID restrictions, no more than 30 guests were able to attend.

Now they have held a much grander party at Daylesford House – the Grade I listed home of Tory donor and JCB chairman Lord Bamford. 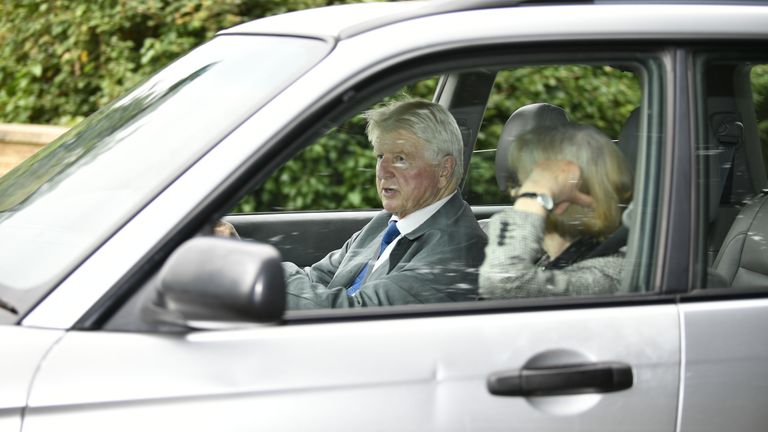 Loyalists to the prime minister, Jacob Rees-Mogg and Nadine Dorries, attended the event, along with Mr Johnson’s father, Stanley, and sister, Rachel.

Neither Liz Truss nor Rishi Sunak were at the event, instead being out on the campaign trail to replace Mr Johnson in Number 10.

But asked whether it was appropriate for the PM to be hosting a big and costly party in the middle of a cost of living crisis, Foreign Secretary Ms Truss defended him, telling reporters: “I think he’s entitled to enjoy his wedding day, and I wish the best to him and Carrie and all the family.”

The celebration was held in a large marquee on the grounds in Gloucestershire, with hay bales and benches placed outside for guests to relax on, along with casks and small tables for food and drink. Image: The marquee where Boris and Carrie Johnson held their wedding celebration

Originally, the wedding party was going to take place at the prime minister’s grace and favour home, Chequers, but the venue changed after he was ousted from Downing Street – although he remains as a caretaker while the leadership contest takes place.

Carrie Johnson is the prime minister’s third wife and the couple have two children together.